Are There Known Relatives Of Jesus Living Today

Can anyone really claim to be a very late descendant of Jesus Christ? It is even possible to prove it genetically or does the Bible say anything about Jesus descendants in the future?

The Alpha and Omega

Jesus never had children. There is no historical or biblical evidence that He ever got married either. The fact is that “He is without father or mother or genealogy, having neither beginning of days nor end of life, but resembling the Son of God he continues a priest forever” (Heb 7:3) and as Hebrews 7:6 states, “This man, however, did not trace his descent from Levi, yet he collected a tenth from Abraham and blessed him who had the promises.” Melchizedek is the subject of this chapter but clearly the attributes are those of Jesus Christ; with no beginning of days and not of an earthly descent. This is Jesus Who “continues as a priest forever.” Even Melchizedek didn’t do this.

Jesus’ mother was Mary but she and Joseph had other children but Jesus was the first born. Matthew 1:25 says that Joseph “knew [Mary] not until she had given birth to a son…called Jesus.” The word “until” essentially means that Mary and Joseph bore no children and had no sex until after Jesus was conceived and born and according to other scriptures, it is certain that Joseph and Mary had other children. We know that James was the half-brother of Jesus as we read in Acts 1:14 “All these with one accord were devoting themselves to prayer, together with the women and Mary the mother of Jesus, and his brothers.” The Greek word for “brothers” is in the plural form “adelphoi” and refers to siblings and not the brethren. Jesus family so rejected Him before He was resurrected that once “his brothers said to him, “Leave here and go to Judea, that your disciples also may see the works you are doing. For no one works in secret if he seeks to be known openly. If you do these things, show yourself to the world.” For not even his brothers believed in him” (John 7:3-5). There was yet another occasion that “While he was still speaking to the people, behold, his mother and his brothers stood outside, asking to speak to him” (Matt12:46) and once when the crowd were amazed at His teachings they asked “Is not his mother called Mary? And are not his brothers James and Joseph and Simon and Judas? And are not all his sisters with us? Where then did this man get all these things” (Matt 13:55-56). The Bible clearly shows that Jesus had step-brothers and step sisters. 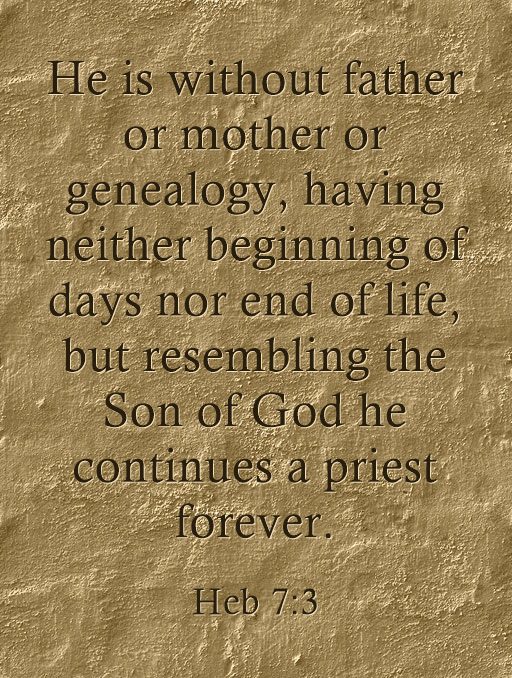 If we are born again, we are already the children of God and Jesus says that our truest family is those in the Body of Christ and as Jesus said, “For whoever does the will of God, he is my brother and sister and mother” (Mark3:35). For Jesus “it was fitting that he, for whom and by whom all things exist, in bringing many sons to glory, should make the founder of their salvation perfect through suffering” (Heb 2:10) “For he who sanctifies and those who are sanctified all have one source. That is why he is not ashamed to call them brothers” (Heb 2:11). That doesn’t diminish Jesus’ rank or position as King of Kings, Lord of lords, and Savior but if we’ve repented and trusted in Christ, our relationship is like that of family, or a brother.

There is absolutely zero evidence in the Bible that Jesus ever married and that He also had children. Even extra-biblical evidence is missing. There is no reputable church or secular historian that believed or wrote about Jesus ever having been married and bearing children. Whoever you hear today that claims to be a descendant of Jesus Christ has nothing substantial to base that belief upon. By the way, it would be impossible to prove today but the fact is that history and Scripture both point to the impossibility of Jesus ever having children and thus, could have descendants living today.

Even if there were still relatives of Jesus as by His brothers and sisters living today, wouldn’t they be just like us? Wouldn’t they fall just as short of the glory of God as we do (Rom 3:23) and do any one of us really seek after God on our own or is there even one of us that can say we are good (Rom 3:10-12)? No, we all deserve God’s wrath but Jesus satisfied that in the work of Calvary. By the way, Jesus has relatives living today but not blood relatives but blood-bought members of the family of God. Jesus once asked the rhetorical question “Who is My mother, and who are My brothers?” (Matt 12:47) and then “Pointing to his disciples, he said, “Here are my mother and my brothers” (Matt 12:48).