What Is A Sin Offering?

What is a sin offering according to Scriptures?

In the Old Testament there were several offerings but these offerings almost always dealt with the covering of sin and trespasses. For example, in Leviticus 4:3 it is written that “if it is the anointed priest who sins, thus bringing guilt on the people, then he shall offer for the sin that he has committed a bull from the herd without blemish to the Lord for a sin offering” but “If the whole congregation of Israel sins unintentionally and the thing is hidden from the eyes of the assembly, and they do any one of the things that by the Lord’s commandments ought not to be done, and they realize their guilt” (Lev 4:13). There is the reason for the blood sacrifices right there, in that text. It is so that “they realize their guilt.” That’s the purpose of the sacrifices, just as much as it is to cover their sins.

The Purpose of Offerings

God wanted Israel to know that when they sin, they were guilty before a Holy God, and must atone for that sin. Sin is costly. It requires blood because blood has the life of the creature in it. In the Old Testament, it was an innocent animal, without blemish that had to have its blood shed by the hands of the priests so that they could once again be in the presence or be in fellowship with God. In the same way, Jesus was innocent, having no blemish and being without sin, He died to atone for sins so that we could have a relationship with God. His death should make all of us “realize their guilt” before God. If it doesn’t, then they will realize, when it is far too late, that they’ll have to pay for their own sins with an unending payment (Rev 20:12-15). 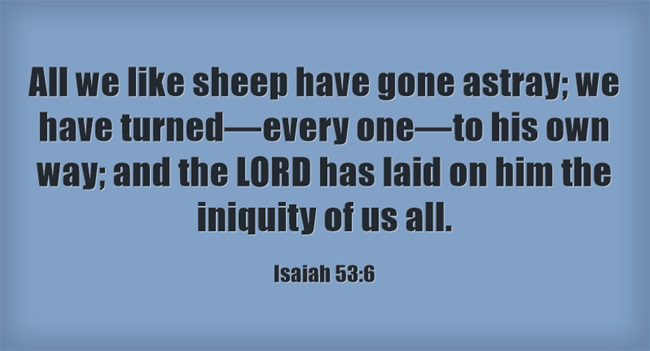 Sins are what all of us have earned, just like wages we’ve earned at work, and the result of our sins has brought a death penalty upon us, but thankfully, “the free gift of God is eternal life in Christ Jesus our Lord” (Rom 6:23b). If not for Jesus’ atoning work at Calvary, we’d all have to pay for our own sins after death, when the judgment comes (Heb 9:27). Isaiah the Prophet wrote, “Yet it was the will of the LORD to crush him; he has put him to grief; when his soul makes an offering for guilt, he shall see his offspring; he shall prolong his days; the will of the LORD shall prosper in his hand” (53:10) and he gives the reason; “All we like sheep have gone astray; we have turned—every one—to his own way; and the LORD has laid on him the iniquity of us all.” Concerning the sin and trespass offerings, “atonement” is used in the way we normally understand it: as a covering, payment, expiation, or propitiation made for sin (Isaiah 53:6) and only Jesus could pay such a supreme price for such an infinite cost, which includes all sins ever committed, those being committed right now, and those yet to be committed in the future. It was all “laid upon him.”

The Old Covenant consisted of a sacrificial system that covered sins but the New Covenant, a superior covenant, was made possible by Jesus which took sins away. It was when He “entered once for all into the holy places, not by means of the blood of goats and calves but by means of his own blood, thus securing an eternal redemption” (Heb 9:11) which was why He “had to be made like his brothers in every respect, so that he might become a merciful and faithful high priest in the service of God, to make propitiation for the sins of the people” (Heb 2:17). The author of Hebrews wanted the Jewish Christians to know that it was through the Old Testament sacrifices of “blood of goats and bulls, and the sprinkling of defiled persons with the ashes of a heifer, sanctify for the purification of the flesh [but] how much more will the blood of Christ, who through the eternal Spirit offered himself without blemish to God, purify our conscience from dead works to serve the living God” (Heb 9:13-14). The Apostle Peter marks the difference between the Levitical priesthood and Jesus priesthood, writing “Christ also suffered once for sins, the righteous for the unrighteous, that he might bring us to God, being put to death in the flesh but made alive in the spirit” (1st Pet 3:18). Once was all that was necessary for Jesus. Not so with the old sacrificial system.

Most of us think of the Suffering Servant (Isaiah 53) Who gave His life for many but few think about the Father’s part in the Passion. The Father suffered too in seeing His only Son Who was perfectly innocent, always without sin, have to die for those who were sinful and totally guilty (Rom 5:6-10). We can’t diminish the Father’s suffering just as we couldn’t diminish a father’s suffering who had to witness his son’s torture, suffering, and death. If we realized that Jesus’ death has torn the curtain of separation from God and we can enter into the Holy of Holies and have access to the throne of grace through Jesus, we’ll understand just how sufficient Jesus’ life was as a sin offering to God (once, for all)…but how efficient it is for all to be saved who repent and believe in Christ (John 3:16-17). 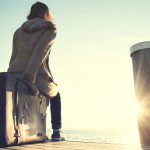 July 14, 2016 Top 7 Bible Verses About God's Timing
Recent Comments
3 Comments | Leave a Comment
Browse Our Archives
get the latest from
Christian Crier
Sign up for our newsletter
POPULAR AT PATHEOS Evangelical
1

Exciting New Novels set in the New Testament...
The universe of novels about early Christianity that would pass muster with...
view all Evangelical blogs
What Are Your Thoughts?leave a comment
Copyright 2008-2020, Patheos. All rights reserved.