Why Do Churches Have Bells?

Why Do Churches Have Bells? October 28, 2016 Jack Wellman

Bells in the Old Testament

Bells were part of the dress of the priests in the Old Testament but what was the purpose of these bells? For those who remained outside of the tabernacle of God, Jewish tradition held that they would continually listen for the sound of the bells. When they heard bells stop ringing, they assumed that the high priest did something wrong in the Holy of Holies and God struck him dead, and so Jewish tradition held that the priest had a rope around him and when the bells stopped ringing, they could drag out the dead body. The only problem with this is that the Bible never states such a thing. With all that the high priest wore (bells included), nothing is said about a rope. That is tradition that cannot be supported by Scripture, but why did the high priest wear bells attached to the hem of his garment? All it says is that “the sound of the bells will be heard when he enters the Holy Place before the Lord and when he comes out, so that he will not die.” (Ex 28:35).

Some believe the bells proclaimed God’s glory and ring their praises to Him. It could be that the bells indeed told those outside that the high priest had died, but all we know for sure is that God commanded them to be worn. Others think the bells represent Jesus Christ Who was struck on our behalf because the Hebrew word for “bell” means “struck” or “to strike.” Since the bells were gold and gold is the color of divinity, they believe that the bells refer to Jesus work on the cross but also His being fully divine. We are not told why bells are needed or what they represent, but the fact that bells are mentioned repeatedly in connection with the high priest’s attire, shows that God thinks they are important, and that’s all that really matters. 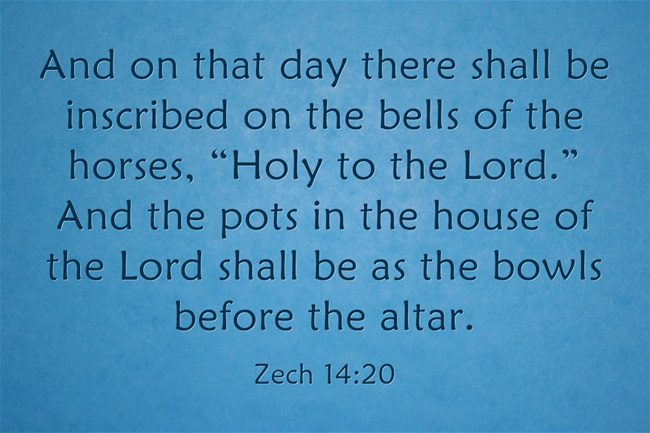 The origin of church bells dates all the way back to AD 400 where Paulinus of Nola first used them in connection with the church. The reason he used them is unclear. Perhaps it’s like it is today as it signifies to the community that worship services are about to begin. Some Anglican, Roman Catholic, and Lutheran churches ring them not only at worship services time, but three times a day to remind the people to recite the Lord’s Prayer. This may have Jewish roots because the Jews by tradition prayed three times a day. In the early days of America, church bells were sometimes used to alert the community some major event that had just occurred (like the end of a war), or some other emergency like a fire. At other times, church bells were used to call the community together for community events or town meetings. Whatever the reason, when the local residents heard the church bells ringing, they knew something had happened or was about to happen, and they would all quickly gather at the church. At the time, it was as close to a tornado siren warning there was as a way of alerting the entire community or town of some major event. 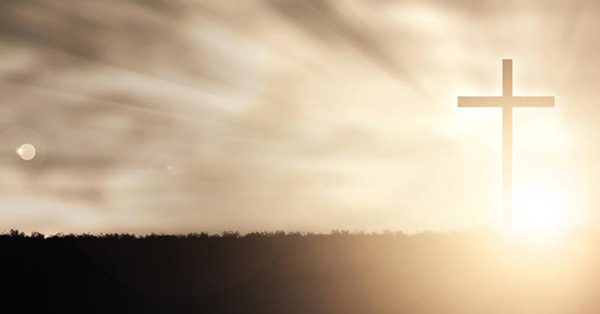 I think we know why there are church bells today. They mark the near-beginning of church services. They give the community notice that worship services are about to begin. This started at a time when not everyone had a watch or clock, or at least an accurate one. Timepieces were expensive in the early days of America and not everyone that had a timepiece that kept accurate time. Some would even mark their clocks or watches when the church bells rang. In our small town, the church bells still ring about 15 minutes before mass (Catholic) or worship services (Protestant) begin, so that the community can know when church is about to begin. Most churches today don’t have bells but instead have apps. These apps alert or remind people about the times when worship services start. Today, some church bells are timed to ring during special events in the religious calendar like Maundy Thursday, Christmas Eve services, New Year’s Day (although not religious), or the Easter Vigil. Some churches are timed to ring on the hour and ring the same number of times that the hour of the day is at. Twelve noon would require the church bell(s) to ring 12 times, as do many older office buildings that have clock towers. Big Ben is a great example of that.

There is a day coming when we will once again hear bells ringing, but this time it’s associated with Jesus Christ and the establishment of the Kingdom of God on earth. Zechariah wrote, “And on that day there shall be inscribed on the bells of the horses, “Holy to the Lord.” And the pots in the house of the Lord shall be as the bowls before the altar” (Zech 14:20). During World War Two, Great Britain didn’t allow church bells to ring because the church bells were only to warn of an incoming invasion or aerial attack, but the Bible is actually silent on the use of or the restriction of church bells. That’s because they didn’t exist at the time. Today, there are still some small towns and cities across the world that still use church bells as a call to worship, and there is certainly nothing wrong with that tradition.

Four Tips for Reading the Book...
Crux Sola: Formed by Scripture to Live like Christ
Related posts from Christian Crier