Why Were Some Books Excluded From The Bible?

Why were some books left out of the Bible? What books were they?

The Bible declares of itself that Scripture is God’s Word, uttered as it were, from the very breath of God. The Apostle Paul says “All Scripture is breathed out by God and profitable for teaching, for reproof, for correction, and for training in righteousness” (2nd Tim 3:16), so “that the man of God may be complete, equipped for every good work” (2nd Tim 3:17). The Apostle Peter tells us “that no prophecy of Scripture comes from someone’s own interpretation” (2nd Pet 1:20), because “no prophecy was ever produced by the will of man, but men spoke from God as they were carried along by the Holy Spirit” (2nd Pet 1:21). Did the prophets speak for God? Actually “He spoke through His holy prophets, those of ages past” (Luke 1:70), so it wasn’t them speaking, but “Thus says the Lord” Who spoke through them. That’s why Jude believed we ought “to contend for the faith that was once for all delivered to the saints” (Jude 1:3), because there were already false prophets springing up by the time he wrote this.

When the Gospels began to be circulated among the churches, apparently there were copies made, and these copies were distributed among the churches while some were read from church to church. Much of the reason the gospels were accepted as Scripture is because the early church had already been using them for teachings. That’s exactly what the early church did, as “they devoted themselves to the apostles’ teaching” (Acts 2:42a). What was the “apostles’ teaching?” It was the very same things Jesus taught them, and they were commanded to be “teaching them to observe all that I have commanded you” (Matt 28:20). That’s what we read in the gospels; what Jesus taught them, like for example, that others would know we were His disciples if we loved one another (John 13:35), but it was the early Church fathers who heavily influenced what would be considered Scripture and what would be rejected. Trusted men of God like Polycarp, Justin Martyr, Tertullian, Origen, Eusebius, Athanasius, Jerome, and Augustine lead the slow, careful acceptance of the books of the New Testament, so the books were accepted by the church because the church leadership and membership had accepted them as being from God. 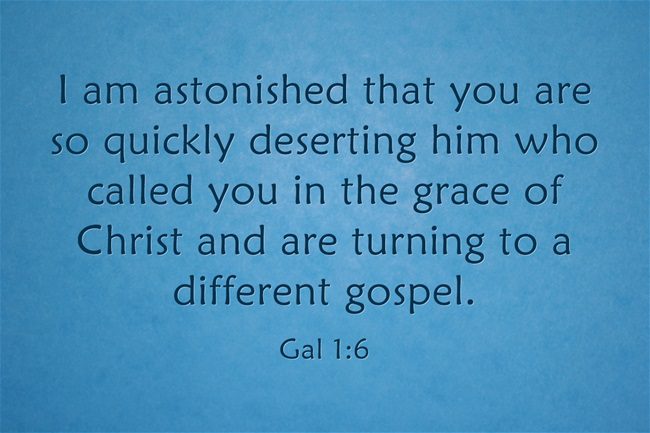 There are some “books” that people believe have been lost, but I believe they should have stayed lost and for good reason. The lost Gospel of Judas, which only recently surfaced, contains heretical teachings that are completely contrary to the gospel accounts of Matthew, Mark, Luke, and John. In one place Judas claims that he was instructed to betray Christ and such outrageous claims that Judas was only obeying Jesus command to betray Him with a kiss and also, Jesus supposedly married Mary Magdalene and even had children by her. The problem with that is that there is no secular or early church historical evidence to support these claims. This false gospel account goes on to say that the only way that women could be destined to go to heaven was if they first become a male lion. How ridiculous can you get!? Some of the spurious claims presented in The Da Vinci Code use this false gospel as a source, along with other heretical teachings to say that these are “facts.” The problem here is that Dan Brown’s book is listed as fiction although I did find three facts that are true in this book; London is in England, Paris is in France, and Rome is in Italy.

The problem with the “lost books” of the Bible is that they are forgeries and have never been accepted as canonical or scriptural. They are recent in origin and cannot be traced back to the 1st century church. They were not really lost…they were introduced hundreds of years later and were concoctions or the figments of the author’s imaginations. Bible scholars would read the Secrets of Enoch, the Conflict of Adam and Eve with Satan, Psalms of Solomon 4, and alleged gospels by Philipp, the Apocalypse of Peter, and the Gospel of Mary and would easily discern that these are not consistent with the 66 books of the Bible. They would clearly not fit in contextually and doctrinally. Many other books such as 1 Maccabees, the Wisdom of Solomon and other such books are what we call the Apocrypha and were never placed into the Bible as we know it today and were rejected by the Jews. Although these extra-biblical books may have some accurate historical accounts, God, in His sovereignty, did not cause them to be accepted as His inspired words and so they were not included in the Bible.

The Apostle Paul warned us that “even if we or an angel from heaven should preach to you a gospel contrary to the one we preached to you, let him be accursed” (Gal 1:8), so Paul was constantly warning the church “to watch out for those who cause divisions and create obstacles contrary to the doctrine that you have been taught; avoid them” (Rom 16:17), so others may falsely claim “that there is another one, but there are some who trouble you and want to distort the gospel of Christ” (Gal 1:7). That’s why Paul was so “astonished that you are so quickly deserting him who called you in the grace of Christ and are turning to a different gospel” (Gal 1:6), so Paul warned that “if someone comes and proclaims another Jesus than the one we proclaimed, or if you receive a different spirit from the one you received, or if you accept a different gospel from the one you accepted, you put up with it readily enough” (2nd Cor 11:4), because the truth is, “no one can lay a foundation other than that which is laid, which is Jesus Christ” (1st Cor 3:11).

Jack Wellman is Pastor of the Mulvane Brethren Church in Mulvane Kansas. Jack is Host of Spiritual Fitness and Senior Writer at What Christians Want To Know whose mission is to equip, encourage, and energize Christians and to address questions about the believer’s daily walk with God and the Bible. You can follow Jack on Google Plus or check out his book Teaching Children the Gospel available on Amazon.

March 15, 2017
Why Christians Can’t Be Silent About The Gospel
Next Post