I’m Saved, So Why Do I Still Keep Sinning?

Why do some believer’s struggle with overcoming sin more than others? Why do we keep sinning after salvation?

It is human nature for us to sin. If you took a fish out of the water, they’d be out of their environment because they’re not capable of surviving without being submerged in water. That’s the way fish were created, so it’s their nature, but it’s also our nature to sin, even when we know what it’s wrong. After a person is brought to repentance (2 Tim 2:25-26) and faith in Christ, they still have part of their old nature still living in them, as I do, but Christians are not alone. Some of the greatest figures in the Bible struggled with obedience, even after they knew God, so it’s a struggle that’s common to all of us, and not just believers. For many, that’s somehow comforting. The Bible tells us the truth about human nature and shows us the heroes of the faith, warts and all. The Bible doesn’t hide the fact that some of the greatest biblical figures we know have committed some of the worst sins there are. King David is a great example, but God granted forgiveness as we see in what may be the greatest prayer of repentance in the Bible (Psalm 51). His guilt was “ever before him,” so he couldn’t help but cry out to God for His forgiveness, and God was merciful. Just as Jesus said, “he who is forgiven little, loves little” (Luke 7:47), so those who are forgiven much are loved much. Even after David committed adultery with his wife and conspired to have Uriah murdered, David was later called a man after God’s own heart (Acts 13:22). 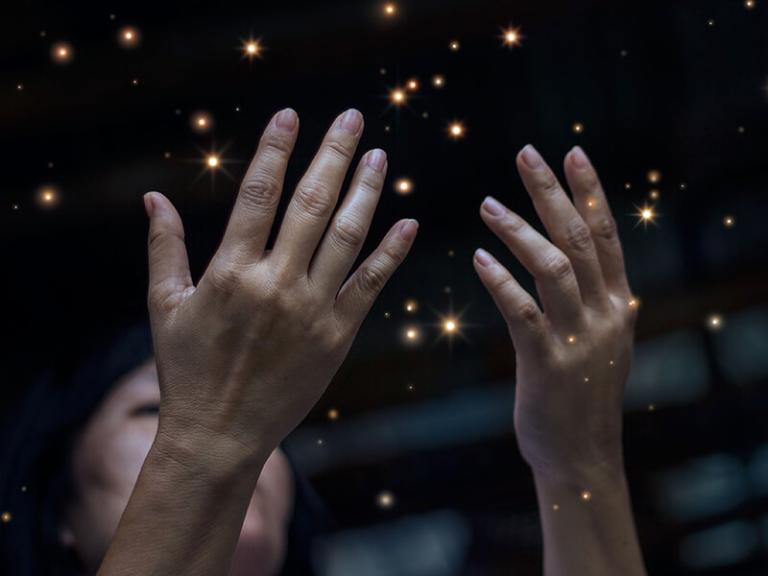 I believe if someone is concerned that they’re still sinning, at least they care enough about to be concerned. That’s a good thing. For one, it’s an honest assessment of us all (Rom 3:23, 1 John 1:8, 10). We all sin, even after conversion, but if there’s a struggle to live an obedient life, at least the Holy Spirit is working in that person’s life. I would be more concerned if they were still sinning and not giving it a second thought. When someone is concerned that they are still sinning after being saved, it’s comforting to me, in a strange sort of way, because at least I know I’m not alone in this struggle. The Bible is full of people who struggled with sin. The Apostle Paul said, “I know that nothing good dwells in me, that is, in my flesh. For I have the desire to do what is right, but not the ability to carry it out” (Rom 7:18), and who among us doesn’t wrestle with this? Paul desired to do the right thing but didn’t always do it. Welcome to the club. For the body of Christ, which still has sinners and yet saints, that’s the paradox of it. It’s called sanctification…or growing in holiness. We are still very capable of sinning, but at least we strive to avoid it. We are saved from sin but still fall into sin. The difference might be we don’t dive in and swim around in it like we did before conversion. We fall and get back up, but God expects us to fall. He knows our nature as only our Creator would. Solomon acknowledged that “the righteous falls seven times and rises again, but the wicked stumble in times of calamity” (Prov 24:16), so even “though he fall, he shall not be cast headlong, for the LORD upholds his hand” (Psalm 37:24). We will never be sinless this side of the veil, but we should be sinning less…over time, and it should be noticeable to others and ourselves after a set amount of time, however each of us grow in holiness at different rates. I’m not sure why, but some struggle more than others, but there’s strength in the struggle. At least you’re in the fight and resisting the Devil, otherwise you couldn’t care less about sin, and that’s not the heart of a believer (1 John 3).

If you are expecting to be sinless after salvation, you need to read the Bible. Sorry if that seems blunt, but we had one man come to our church and say he was bothered by people praying for forgiveness. He said, “I’m no longer a sinner.” I asked, “Do you still sin?” He said, “Yes, but I am not called a sinner anymore.” I said, “Yes, we’re now called saints, but we still sin…all of us” (1 Kings 8:46; 1 John 1:8, 10). He finally told our elder that he was leaving because he didn’t like asking for forgiveness all the time. I wonder how that works at home with his wife. By the same reasoning he’s using, I supposed he doesn’t need forgiveness anymore in his marriage…or among his friends…or anywhere since he doesn’t sin anymore. I can tell you from experience, that’s not going to turn out well in a marriage or in a relationship. Even the spiritual giant, the Apostle Paul, declared himself to be the foremost of sinners (1 Tim 1:15), writing, “For I am the least of the apostles, unworthy to be called an apostle, because I persecuted the church of God” (1 Cor 15:9), but hey, we’re all unworthy. Paul knew that. It is only because of Christ that we can be declared righteousness in God’s sight (2 Cor 5:21), but everyone will still sin, even after conversion. If they say they don’t sin anymore (like one man told me), I ask, “Why you aren’t in heaven then?”

The Apostle John wrote, “Anyone who does not do what is right is not God’s child, nor is anyone who does not love their brother and sister” (1 John 3:10b), and “Anyone who hates a brother or sister is a murderer, and you know that no murderer has eternal life residing in him” (1 John 3:15). He adds that, “No one who abides in him keeps on sinning; no one who keeps on sinning has either seen him or known him” (1 John 3:6), because “Whoever makes a practice of sinning is of the devil, for the devil has been sinning from the beginning” (1 John 3:8a). Notice he said, they “practice…sinning,” meaning it’s a regular custom or routine for them. He’s not referring to believers because John knows they (and I) will still sin (1 John 1:8, 10), but they don’t make a practice of it. If you play sports, you practice sport, and that means you intentionally practice over periods of time, practicing again and again, but Christians are not to sin intentionally, and even though they (and I) do, they repent of that and confess it to God and try to resist the same temptation next time. That’s not the case with the lost. We all fall short, and not one of us are good in and of ourselves (Rom 3:10-12), but the good news is, we are saved by a very good God.

July 16, 2018
The Consequences Of Obedience And Disobedience
Next Post

July 20, 2018 Whatever Happened To The Gospel Of Repentance And Faith?
Recent Comments
51 Comments | Leave a Comment
Browse Our Archives
get the latest from
Christian Crier
Sign up for our newsletter
POPULAR AT PATHEOS Evangelical
1

4 Things I Want My Students to Know...
With the start of an academic year unlike any other just weeks...
view all Evangelical blogs
What Are Your Thoughts?leave a comment
Copyright 2008-2020, Patheos. All rights reserved.