No Anthropomorphic God? Now What?

I spoke last week about false hope implicit in an anthropomorphic God. It boiled down to this: I don’t believe that God, the magic god, exists; God is not a Father or a Lord, though I think we can, and inevitably do, describe God in those ways.
This week several people said to me in effect, “You’ve done a convincing job of deconstructing the anthropomorphic god, but what then can you say constructively about God?” First let me say that I believe this is the challenge of Christian theology today. We’ve gone through the deconstructive phase and now we are called to construct language that remains faithful to the tradition, while also being intelligible to our current worldview. (Talk about a moving target.) I engage in that effort all the time, but I do so realizing that the church has not yet reached a new period of orthodoxy. This is the wild west. So with that in mind, let me see if I can begin forging a trail to guide us.

In the last post I also spoke about knowing God in three ways – in a first person (I AM) relationship, a second person (I-Thou) relationship, and a third person (Holy Shit) recognition of God’s presence in creation. I believe what I’m recommending is a Trinitarian engagement with God and as such, I believe what I am recommending falls well within orthodoxy. (Wow, am I going to get an earful on that.)
It’s Biblical. Paul calls us to “union with Christ” and John’s gospel would have us follow Jesus into an “I AM” relation to God. The Gospel has Jesus, the “I AM,” saying, “As you, Father, are in me and I am in you, may they also be in us, . . .” (John 17:21). But reaching towards this unified reality – a spiritual reality – has been largely ignored by the Protestant church lo these many years. Knowing God through spiritual disciplines has been tossed over for an anthropomorphic God writ large across the cosmos. The God who meets us in the place that is no place, in the time that is not time, cannot be contained, cannot be described.
There is also a tendency for the proponents of very traditional faiths to denigrate a third person apprehension of God. That is because such a view is immediately caught up in the ridiculously absurd science versus religion debate. Instead of the study of science being a spiritual exercise it is, within pop culture, understood to be an atheistic exercise. Nonsense I say. A second person relation to God without a third person apprehension of God is as pathetically weak as a scientific apprehension of God without any faith connection to it and they are both incomplete without spending time “in” God – whatever that means.

I’m saying that Christian theology must actually become Trinitarian, not as a theoretical construct, but as a life practice.
That said, I do think there is some sense in which we do have an I-Thou relationship with the Divine. Such a “relationship” is a mystical reality which for many it is also a deep experiential truth. So quite naturally we use anthropomorphic metaphors to describe that experience. That’s great, just as long as we are clear – they are metaphors! The moment we suggest our anthropomorphic projections are something more than metaphors pointing to something real and true, we are in danger of going off the rails.
For instance, we come to know God as a healer. I have a friend who said recently, “I could just feel God’s hand upon me and knew he had healed me.” OK, for eons people have felt God’s presence in healing. Over the last decade there have been a number of studies that offer empirical evidence that suggests faith has an impact on healing. So of course we call God a healer and naturally we seek a healing connection to the power of creation. In fact I think we are wise to include that as part of our walk of faith. After all we come to that conviction both through our experience and at the direction of Scripture. I do believe the Biblical authors were pointing towards truth when they talked about God from within their mythic worldview. (That’s what we’re doing too – pointing towards it.)

But what happens when we pray to God and we are not healed? Most people wonder why and the often attribute motives to God to explain it, i.e. God is angry, I was bad, my father sinned, Satan was on the attack, I just didn’t have enough faith, you get the picture. We have now extended the metaphor way, way too far and in my view, distorted the image of God.
If we start with the realization that “God as healer” is a metaphor and not an ontological reality, we are much less likely to extend the metaphor. If we have encountered God in the place and time that is not a place and time we are much less likely to extend the metaphor. If we have engaged in the spiritual discipline of studying the enormity and complexity of creation, recognizing God’s beauty in the evolutionary nature of the creative process, we are much less likely to attribute strange motives to God and much more likely to seek God’s presence in the midst of tragedy.
A life of faith, a life that reaches for what’s next, requires us to engage God in all three perspectives. At the moment traditional theology has so weighted its engagement to a second person relationship to God it is barely recognizable as a Trinitarian faith. (We talk about it; we don’t live into it.) I’ll write on this more later, but I think each one of us enters into faith from one of these perspectives more naturally than the others – for me it is third person. That’s all well and good, but I think we all need a fuller, more integral, experience of God, one that can enable our growth and development.

September 22, 2011
False Hope and Beauty in an Anthropomorphic God
Next Post

October 5, 2011 An Open Letter to Girls Becoming Women
Recent Comments
0 | Leave a Comment
Browse Our Archives
Related posts from Christianity For the SBNR

Progressive Christian
Freedom from a Punishing God
Christianity For the SBNR 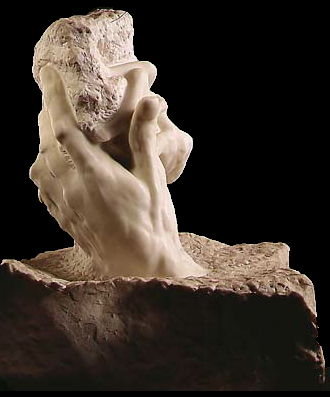