About The Rev. Sam Alexander 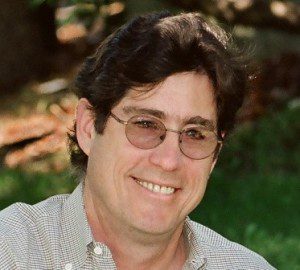 I am a Pastor, Unique Self Coach, and also serve as Adjunct Instructor in Homiletics at San Francisco Theological Seminary. I’m a graduate of Sarah Lawrence College and Union Presbyterian Seminary. “But that’s not what I came to talk about…” I came to talk about a recent week I spent interacting with a bunch of Priests, Ministers, Swamis, Futurists, Senseis and Rabbis – “Integralists” and luminaries all. We did a lot of reflecting on the future together.

Lots of folk have pointed out how dreadful the last decade was. True, some good things happened; in fact it is those glimmers of light that give me enough hope to write this – but I must admit to some deep disturbance. Can we expect the next decade to be any better? I do not believe so, not unless humanity wakes up and evolves. And I’m not talking about some little shift here. I’m talking about something more like the time we ushered in the agrarian age. Our territory was shrinking so we poked sticks in the ground to plant seeds and from that, human civilization was born. We’re talking about the need for epochal change.

That kind of evolutionary change will require us to examine our current way of being with all of its values and limitations. We’ll need to explore and develop our relationship to Spirit, and the relationship of each unique self to the whole. As the work expands, new practices, new vision and fresh creative moments will move us toward a new human way.

I know it sounds like a too lofty goal – improbable, impractical – but I don’t feel alone. People all over the world are waking up to the absolute necessity for evolutionary change. Spirit is calling us. A still more glorious dawn awaits. Development must come. The work must begin right now.
It is time for humanity to evolve out of its attachment to mythic religion, with its unverifiable claims to a god that rewards those who believe and act in one particular way while punishing others. It is time for humanity to wake up and evolve beyond its slavish attachment to rationality, as though rationality alone could comprehend our place and purpose within this improbable creation, as though it could guide us toward the truth and fulfillment we seek. It hasn’t. Modernist rationality has created more suffering, produced more genocide, and promoted more global degradation than all the other movements of history combined.

There is an alternative, one that draws us back into the presence of the creative power of God. I know “the god we don’t believe in doesn’t exist.” But that doesn’t mean our progenitors weren’t pointing at some deeply held truth revealed from the heart of creation. It doesn’t mean that we live in a random, meaningless world, acting for our sake alone. The way forward is through the rediscovery of these truths.
And God help us, could we please wake up and evolve beyond the post-modern notion that because all truth comes from a perspective, there is no truth but that which I hold. Really, it’s a disaster on two fronts. It stuns us into a senseless sleep, pursuing our own fulfillment even as we try to serve justice, hoping against hope that the biosphere will sustain life until we die. Or worse, we will find that the multiplicity of truths will finally beg the question, “Whose truth wins?” and the answer will resound, “The one with the biggest gun.” Be assured, when that gun goes off, the biosphere will no longer sustain us.

OK, I get it, no single tradition or perspective captures the whole truth. But no tradition, no structure for development, captures none of it.
It is time to wake up and evolve towards what Ken Wilber among many, many others call, an “Integral” worldview. That worldview includes what is called “Second Tier” thinking. The pre-modernist, modernist and post-modernist all share one thing; they each think they are right and the others are wrong. That is “First Tier” thinking. “Second Tier” intends to see the value in each stage of development and realizes that the dance of evolution requires us to transcend and include each development – including “Integral.” That’s how evolutionary development happens. I mention it because humanity’s current arrested development threatens to destroy us all – or if not all of us, then all of our great-grandchildren.

As I said, I spent the week with people from a whole variety of faiths and traditions – 500 people, from 33 countries and 6 continents. The Rabbis were very Jewish, the Swamis very Hindu, the Senseis very Buddhist, the Priests and Ministers (including me), very Christian. Being together encouraged none of us to leave our own tradition. Being together moved all of us to a deeper place within our own faith – the kind of place that promotes real development and change – the kind of place where connection to that certain something we call God makes it possible to move beyond our limited imaginations to a new creation – the kind of place that can make the difference between our destruction and our evolution.

Anyway, when I got home I told my wife I had to get up early because I had a lot to do. She asked, “What?” I told her I had to move Christianity into second tier.

Related posts from Christianity For the SBNR

Progressive Christian
Speaking Out For Integrity and Dr. Marc Gafni...
Christianity For the SBNR
Copyright 2008-2021, Patheos. All rights reserved.