Hand on the Mirror and the Fallacy of a Supernatural God 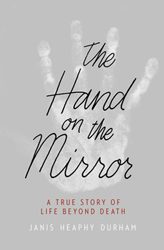 The Hand on the Mirror: A True Story of Life Beyond Death is a curious book, but let me start by saying that I’m grateful for it.

The author, Janis Durham, a former managing Editor of the Sacramento Bee, writes about several experiences she’s had following the death of her husband. They’re what we’d call paranormal experiences – eerie hand prints on the mirror at the anniversary of her husband’s death, clocks stopping at the moment of his death, synchronistic events, rugs that move of their own accord, that sort of thing. By virtue of her background Janis Durham has some credibility as she investigates the paranormal. She’s a reporter after all and as such, the quintessential skeptic . . . for a while anyway. She does some serious investigating to find out what people know concerning such things and reports out as fairly as she knows how.

But for me she makes one mistake. She refers to these paranormal phenomena as “super-natural.” She does that even though she investigates what “natural” explanations there might be for the events. When I say “natural” explanations, I don’t mean explaining them away as pranks or coincidences. I mean the kind of edgy scientific investigation that is going on at places like IONS, (Institute of Noetic Sciences). I’m grateful for her reporting on this. The reality is that we modernists tend to be a bit arrogant, assuming that we know what is possible and what isn’t, when the reality is we know very little about how the universe works. Opening our minds to the possibility that things happen in the world for which we have no explanation is a humbling, but really good idea. If we don’t look beyond what we know we’ll never learn what we need to learn. So she investigates paranormal events, seeking to understand their origin and meaning. But to call such things “supernatural” is to do them a disservice. Even as she treats them seriously with the use of that word she relegates them to the magic view of the traditional mindset and we’d all do well to get beyond that. Really, our “scientific worldview,” the one that thinks inside the limits of what we can hear, taste, touch, see, or smell, has impoverished our spirits. It leaves no room for creative purpose; it leaves no room for God. We do not need a God who produces “supernatural” events, but we do need to recognize the nature of a God who interpenetrates creation, what Whitehead called the “gentle persuasion towards love.”

Now I happen to think that in accepting the veracity of some of the phenomena Janis started going a little – just a little – overboard in seeing synchronicities where maybe they didn’t exist. But that’s OK. Her purpose in writing was to “drive the topic further into the mainstream.” That’s a worthy goal, one I think this I book could accomplish if people read it. For that I thank her.

Read an excerpt – and more reviews from Christians, Pagans, and Atheists – at the Patheos Book Club here.

I loved Netflix Messiah. You might...
Brad Jersak
Related posts from Christianity For the SBNR 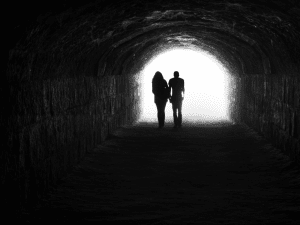