Resurrection: Neither Mythical Nor Historical 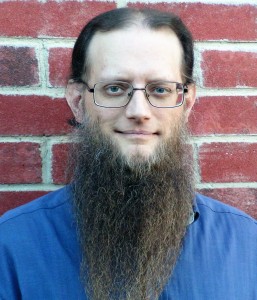 Jonathan Sauder currently resides in Fort Worth, Texas, where he is completing a Master of Theological Studies degree at Brite Divinity School. He focuses his theological research on excavating and exposing the empire-friendly habits of theologies past and present. He is teaching an upcoming online course for The School of Peace Theology called “Can A Christian Conscience Be A Good Conscience?”  Jonathan and his family attend a Mennonite church. His wife, Brenda, is a spiritual director, and their four children are in grade school.

Resurrection: Neither Mythical Nor Historical.

I have no desire to found my hope for life beyond death on any universally available evidence or logic that would coerce my listeners into seeing things my way.  The very attempt to do that would contradict my hope itself, which is that divine power is nonviolent creativity, which does not register as power at all in our human ways of thinking, whether we are thinking as victims or as rulers.  My hope is that the same Reality that originally brought something into being out of nothing can do it again, and has begun doing it in the life of a lynched Galilean, a victim of the religious will to purity and of Roman colonial policy.  This sort of hope can be witnessed to, but not “defended” or “proved.”

For purposes of clarity, but not of combat, I will say that I cannot see the resurrection as merely “historical” or “mythological.”  Whatever preceded the Big Bang is not “historical” at all.  It’s inaccessible to historical analysis.  The technical term is “prehistoric.”  It’s out of the range of the “domain” of history — not subject to the “rules” of proof or disproof that dominate our epistemological regimes. But I don’t hear physicists telling us that any reality before the Big Bang is therefore mythical. Similarly, I see the resurrection of Jesus as an irruption into our space-time continuum of a reality equally un-analyzable because of its origin outside the other end of our history. The technical term for this is “eschatological,” rather than “historical.”

I can’t prove that anything has ever existed or been created out of nothing.  I can’t even explain why there should be something instead of nothing. Some philosophers admit that we can’t even “prove” that there is anything here right now.  But many people whom I know and love live as though there were a real world and they are in it.  I can’t give Josh McDowell-type “evidence that demands a verdict” for the resurrection either.  (In fact, I have visceral opposition to such agendas and what they mean in the context of Imperial American Christendom.)  But many people whom I know and love find energy to face and survive their fears and foes because they believe that God has already begun (in the resurrection) making something new out of what there is instead of letting humans fall back into nothing.  I want to be part of that community.

I believe that Jesus rose from the dead and that the grave was empty.  I don’t believe that Jesus was resuscitated (as in, for example the story of Lazarus) – such that he “came back to life from the dead.”  I believe, instead, that he died, went through death, and came out the other side.  That leaves me with an understanding of the “mechanics of” the resurrection that is opaque to scientism, and thus also to me, and therefore I say the resurrection “means more than what it means to me.”

More is allowed to have happened and to be currently happening than what I can map with my language.  If this epistemological humility means that I must label as “mythical” everything that is too wonderful for me to comprehend, prove, and explain, then, yes, Jesus’ resurrection is certainly mythical to me, as are my wife, my four children, gravity, dark matter, and light.

To check out Jonathan’s upcoming online course for The School of Peace Theology, click on this link: “Can A Christian Conscience Be A Good Conscience?”