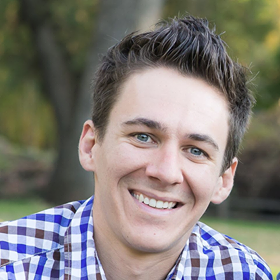 Matthew J. Distefano is the author of All Set Free and From the Blood of Abel. He is a regular contributor for the Unfundamentalist Christians blog on Patheos.

Modern Evangelicalism, or, in other words “Second Temple Judaism v. 2.0”

I grew up in the Evangelical church, so I’m fairly familiar with all of the standard doctrines: Pre-tribulation rapture, eternal conscious torment, penal substitution atonement, retributive eschatology, yada yada yada. What I never realized during my time in these staunchly conservative fundamentalist churches, however, is that the gist of what was taught is the same as what was taught by many of Jesus’ rivals—i.e. the Pharisees, Sadducees, and Essenes. In this article, we will discuss three of the more prominent shared doctrines.

When we listen to most Evangelicals, the first thing we generally hear about is that the Bible is God’s word. And this carries with it a meaning that only they themselves can define. If you counter them on anything that contradicts their tightly-held worldview, on nearly any topic, they simply point you to a Bible verse as if the meaning is self-evident, and that it self-evidently points to their correct, and might I say, self-evidently self-evident interpretation.

This technique, known as “proof-texting,” is the tactic the Pharisees used against Jesus. Here are two examples. First, in John 8, the Pharisees, being technically correct that the law clearly states that adulteresses are to be stoned to death (Lev 20:10), use this fact to try to trick Jesus: In the law Moses says this, but what do you say? Second, the Pharisees are angered when Jesus heals a blind man on the Sabbath (John 9). According the letter of the law, they have every right to be righteously indignant (see the clear statements found in Ex. 20:8–11 and Num. 15:32–36).

Here’s the Irony: Jesus had a hermeneutic, and it is as far removed from Pharisaical-Evangelical “proof-texting” as the East is from the West. He always seemed to put the Pharisees in their place by trouncing all over their religious rigidity. He did so by emphasizing mercy over condemnation, and aiding those in need while overlooking those who were pious before God on Saturday. And like those who emphasize similar things today, Jesus got raked over the coals by these religious “authorities.”

Here’s the irony: Jesus taught that God is non-retributive. What more could he do than to die naked and hanging from an imperial torture device? Oh, I almost forgot, he did this while also preaching forgiveness: “Father, forgive them, for they do not know what they are doing” (Luke 23:34). Oh, and I almost forgot, he then came back from the dead preaching forgiveness: “Peace be with you. As the Father has sent me, so I send you. If you forgive the sins of any, they are forgiven them; if you retain the sins of any, they are retained” (John 20: 21, 23). So if Jesus is then coming back as Mark Driscoll envisions—with a tattoo down his leg, a sword in his hand and the commitment to make someone bleed—then perhaps first-century Jesus would have nothing more to say to “end-times” Jesus than “Father, forgive him, for he does not know what he is doing.”

A big part of why people couldn’t fully get on board with Jesus as messiah is that the messiah was expected to be something a bit different than what folks found in the non-violent Jesus of Nazareth. Israel wanted to be made great again. They yearned for freedom, to be vindicated, to be put on a pedestal by God so that the world could see that their way was the correct way, that their nation was God’s nation. And so, the messiah was to deliver the Jews from Rome in order for this to happen.

Evangelicals, then, in a sense, act as if the first-century Jesus never redefined the meaning of messiah, and still look to “saviors” who are going to make their lives great again. Currently, these Christians—at least here in God’s “New Israel,” the United States—are clinging to “salvific” promises of making America great again, and only 70-some-odd years after Christians from God’s other “New Israel,” Germany, clung to Hitler’s proclamations. Sadly, they await a messiah who will use violence to bring about a goal, just like most Second Temple Jews did.

Here’s the irony . . . actually, I think the irony is self-evident. Supposed followers of Jesus have both supported someone who ended up murdering roughly 6 million Jews, and are currently supporting a man who has continually demonstrated xenophobic, racist, sexist, and frankly anti-Christlike behavior—and all of this in the name of making the “Christian nation” great again. Consider me flummoxed.

April 27, 2017
The Use of the Old Testament by New Testament Writers
Next Post

May 18, 2017 Peace of the Gospel Conference
Recent Comments
0 | Leave a Comment
"I see reflections of my own faith in your shattered mirror.When I begin to feel ..."
Laura Thompson God breaks mirrors.
"One of the best blog essays I have read in a long time."
Steven Harte God breaks mirrors.
"Oh wow!"
olbab Resurrection: Neither Mythical Nor Historical
"Thank you Hardin and Sauder. Even though this is two years old, I like to ..."
Herrnhut God breaks mirrors.
Browse Our Archives
get the latest from
Progressive Christian
Sign up for our newsletter
POPULAR AT PATHEOS Progressive Christian
1 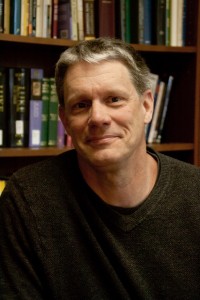 Progressive Christian
The Use of the Old Testament by New...
Christianity is Changing