Would You Change? September 29, 2011 Christian Piatt

We play a lot of “secular” songs in our worship services ta Milagro. I use this term without entirely knowing what it means, namely because I’ve never met the mysterious panel of judges who apparently determines which songs are secular and which are sacred, likely in the dark basement of some old church in central Europe somewhere.

Semantics aside, I enjoy taking songs people typically wouldn’t hear in worship and re-purposing them for a worship context. We play everything from Patty Griffin and Bob Marley to U2 and Jack Johnson, depending on the theme that week. One of the most rewarding things about it is when someone tells me that, after hearing the songs in the context of a service, they never hear it quite the same out in the “real world” again.

I think that’s an important goal of any faith community: to help re-orient our perspective, not just for an hour a week, but for the rest of our lives.

Often times, however, I find that people’s attitudes about how things should be within the walls of church are more or less immovable. They have developed some kind of default “church mode” and they settle into that state of mind whenever they pass over the threshold. Then they seem surprised when the world beyond the doors appears to be passing them by, dismissing what they have to offer as antiquated or even irrelevant.

Part of what I do when I travel to churches to help them re-vision for the future is ask some version of the following question:

If you could realize the vision of your congregation for the surrounding community today, but the price of that achievement would be to walk away from your church building forever, would you do it?

The responses and reactions I get are very telling. They help establish the basis of the rest of our discussions from then on.

I like how Tracy Chapman puts it in one of her songs, called “Would You Change?” We use her song in worship quite a bit, and although the 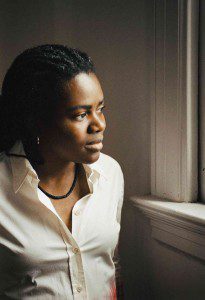 message is meant to apply to an individual, it presents an interesting challenge for congregations too:

Lest anyone thinks a new church – especially one started in part by a guy who puts these kinds of challenges to churches for a living – is exempt from such challenges, let me share a quick story.

About a year ago, Milagro was experiencing some growing pains. There was no small amount of friction around how organized we needed to be versus how open to adapting to the community that came. some argued that the reason for our rocky financial situation was because we lacked the accounting systems to show people exactly how those resources were used. Others suggested that doing the kind of ministry we do – often to the working poor,. the disabled, formerly imprisoned, addicts in recovery, etc – inherently brings with it a less-than-lucrative revenue stream.

But there was a deeper issue at play. As we waded through the tension, it was clear that the priorities of those around the table weren’t all the same. There were those who saw the need to maintain and improve our facility as top priority, while others were fairly content to allow the stains in the carpet and the leaky roof stay as they were while we kept focused on our mission. Finally one evening, a couple of folks had had enough.

“This is crazy,” one woman said. “It’s not like we can have church without lights, or water. These are important!”

“Not really,” said another guy. “We don’t need any of this to have church. All we need is each other.”

His response was met with silent, wide-eyed disbelief.

Ultimately some of the folks from the first camp moved on to another church, while the rest of us slog it out, paying bills as we have the money, including my wife’s salary as pastor. We might die today or tomorrow as an institution, but it’s worked out for seven years so far. and even if it was all over, does that make the ministry we did in the past any less important? Would we even be willing to hear truth if it came to us, beckoning us to turn these resources back into the ground, to help birth something new?

If you saw the face of God and Love, would you change?

September 28, 2011
Trolls, Avatars and the Convertible Effect
Next Post

September 30, 2011 If You Meet God On the Road, Kill Him
Recent Comments
1 Comment | Leave a Comment
"awesome."
Brandon Roberts Not “That Kind” of Christian
"nice article."
Brandon Roberts Talking Sex with Invisibilia’s Hanna Rosin
"Thanks for a fun romp. As a Presbyterian minister, I would have welcomed you gladly ..."
Zeigler John Leaving A-Holiness Behind
"Dear Sarah and Christian,I'm sorry for what has happened to you and your mother and ..."
Amazingaljicrowley3679 Letter From a “Demon Possessed” Woman
Browse Our Archives
get the latest from
Progressive Christian
Sign up for our newsletter
POPULAR AT PATHEOS Progressive Christian
1