There’s been a great deal more traffic on this blog in the past month. For that, I offer my sincere thanks! The discussions have picked up in volume and conviction, and it’s really fun to watch and help facilitate.

Since I found that folks seem to really appreciate “Top 5” or “Top 10” lists, I thought I’d share a list of the five most popular posts for the past month, along with a little bit about them and the response they’ve received. 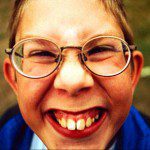 #5. The Nerd Gospel – A piece about why Jesus loved him a nerd, and why we should too. It actually surprised me how well people related to this one. Guess that tells you something about my readership!

Not too hard to figure out why this one was well received. I took a look at Pastor Ed Young (of Fellowship Church in Grapevine TX), his wife Lisa and their plans to host a 24-hour “Bed In” webcast from the roof of their church to promote their new book on sex and marriage. Like many sex-related promotions, there was lots of build-up, followed by a giant yawning sound.

#3. Top Christian Stereotypes of 2011 – The popularity of this one is the whole reason I put this post together! I got lots of good responses from folks about stereotypes I’d missed (keeping a file for my next list, thanks), as well as some other snarky comments about how these were simply accurate descriptors of ALL Christians, rather than overblown stereotypes. Maybe I should have added the Monday Morning Quarterback Critic to the list??? 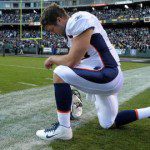 #2. Did Saturday Night Live’s Time Tebow Skit Go Too Far? – Tim Tebow has been a hot ticket in the blogosphere, especially after his storybook six-game skin-of-his-teeth win streak. After the pounding the Broncos received at the hands of Tom Brady’s Patriots…not so much. But it’s all given rise to great conversations about everything from public displays of faith to what responsibility athletes have as role models, and whether he’s even NFL QB material. 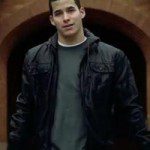 Hating Religion, Loving Jesus: A Well-Meaning False Dichotomy – Several folks had asked me what I thought of the viral spoken word video by Jefferson Bethke called “Why I Hate Religion but Love Jesus” so I did a post on it. The traffic for that piece has TRIPLED that of every other article posted in the past month. Think what you want about Bethke’s theology, style, or his Barth-y / Bonhoeffer-esque take on religion. The fact that this has become a cultural phenomenon in a matter of days means e should probably at least pay attention.

Let me know what you think of summaries like this. Helpful digest? Annoying mailbox clutter? And if there are other “Top 5/10/whatever” lists you are dying to see, tell me what you have in mind. I’ll see about making it happen.

January 17, 2012
Re-Membering: the Heart of the Gospel
Next Post