I’ll admit I’m a sucker for stories about the malleability of human morality. From the mob movies, where a guy can whack his 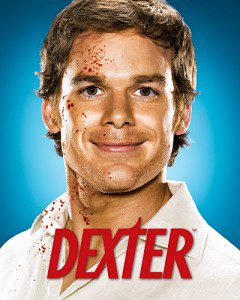 cousin but better not show his Patron any “disrespect,” to justice-seeking serial killers like “Dexter,” there’s plenty of justified violence to be found.

Where do such seemingly contradictory value systems come from? And do they actually happen in the real world today?

How about the politician who claims a platform that values a respect for “all life,” while justifying war and advocating for capital punishment? Or those who celebrate the death of Osama Bin Laden and Saddam Hussein? And the list goes on.

It’s common in western culture to objectify the Islamic faith, cherry-picking texts from their scripture and plucking choice sound-bytes from extremist leaders, to portray the whole of the religion as inherently violent. This, in turn, is employed to justify violence in-kind, or worse, preemptive violence, as in the case of our invasion of Iraq.

I call this “Dexter” theology, named after the Showtime Network series of the same name. In it, Dexter is a serial killer who justifies his killings because he only preys on those he deems to be morally corrupt, such as sexual predators and others who prey on the weak. In fact, this past season Dexter has even begun to employ religion as a buttress for his actions. No, not Islam, but rather Christianity. 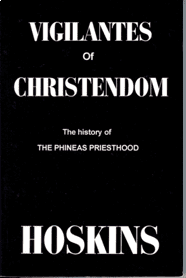 How in the world could someone take a peaceful religion like Christianity and use it to justify a killing spree? Or how about, say, the Crusades? Or hate crimes against gays, African-Americans or pretty much anyone different than we are? I was reading an article on the Huffington Post today by Phillip Jenkins called “What To Do About Violent Biblical Texts?” In it, he notes that such white supremacist groups as the Phineas Priesthood even draw their names from scripture.

This same organization of which Oklahoma City bomber Timothy McVeigh was a member was inspired by a story we rarely hear preached about from the pulpit. But it’s in there.

The children of Israel have intermarried with Moabite women, so that the two peoples begin to share in worship. God furiously commands that the chiefs of Israel be impaled in the sun as a means of quenching his anger; Moses commands his subordinates to kill anyone who has married a pagan; a plague kills 24,000 Hebrews. Fortunately, Phinehas, grandson of Aaron, takes decisive action to preempt the worst of the catastrophe. He slaughters a mixed-­race couple, the Hebrew man Zimri, who had married a Midianite woman. Mollified, God ends the plague and grants Phinehas a “covenant of peace.”

So not only is Phinehas doing “God’s will,” but the case is made that he is actually saving lives and ensuring peace by sacrificing this mixed-race couple. Sure, they are collateral damage, but it’s for a greater cause. It had to be done.

Some even suggest that a culture of justified violence was applied to Jesus’ own crucifixion. This can even be found in the writings of Paul, who came from a culture in which blood was used to purify one of sinfulness. The sacrifice of life, was a common practice in ancient Judaism as well. So it’s understandable when this same model is applied to Jesus’ death.

Yes, many argue, it’s tragic that Jesus died, but it was necessary. It was for a greater cause. He died so that we could live.

Just like Phinehas justified killing the mixed-race couple so that the Jews would be spared God’s wrath.

Just like Bin Laden’s death is justified because he can no longer kill more innocent people.

Just like McVeigh and Dexter justify their actions. And we justify our own actions.

Plenty of people talk about the life and ministry of Jesus being counter-cultural. But generally, we only apply that to our contemporary culture. But his life was counter to the culture of his own day and his own religion of Judaism. Jewish religion called for redemptive violence in the form of sacrifice. Even Paul, who came from a similar Roman culture of redemptive violence, attempts to overlay this historical value of blood atonement over the death of the Messiah. But there are inconsistencies we simply can’t ignore.

Jesus forgave sin while he was still alive. Was this a lie? A Mistake? Or did he actually present a grace to the world that was greater than sin, even then?

And if so, then what is the difference between the forgiveness of the sin of one, or the forgiveness of the sin of many? What about all of humanity? Is it a matter of volume? Can God only handle so much? Does something change about the nature of sin when it’s bundled all together? After all, we Christians often say that “sin is sin,” with no real distinction based on degree or amount.

All fall short. All need grace. Jesus manifest that grace. And he did it while still alive. What’s more, Jesus never justifies violence, even against his captors. He acts just as he preaches, responding to violence with peace.

Call me a peace fundamentalist, but I believe that the justification of one act of violence opens the door for the justified violence of Phinehas, Timothy McVeigh and all other extremists who employ God to justify their bloodshed.

I believe that Walter Wink’s interpretation of Jesus’ message rings the most true, and it can be summed up in three simple words:

It’s love that redeems, and love requires no blood to be spilled in order to exist, or else it’s not really love. There’s no such thing as conditional love; love never comes with an asterisk, a caveat or fine print. It is whole, complete and absolute in and of itself.

Justified violence may be culturally acceptable. It may even be considered Biblical in some cases. But it’s not Christ-like.