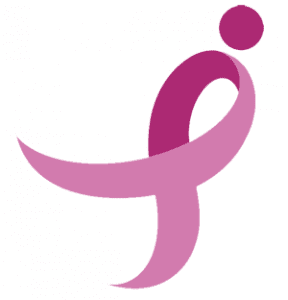 The news of the Susan G. Komen Foundation pulling their funding for Planned Parenthood facilities is no breaking news. Neither is it that Karen Handel, Vice President for Public Affairs, stepped down after the firestorm of publicity and subsequent reversal of position by her organization. Usually I like to respond to issues sooner than this, but I had to sit with my feelings for a while before commenting.

I’ll admit up front a bit of jealousy toward the Komen Foundation for their incredible ability to raise money and awareness for their cause. As a professional fundraiser for nonprofits, it’s hard to knock their track record, though it is frustrating when trying to present other worthy causes to folks, only to find out they’ve already hitched onto the Komen star.

That said, the move to pull funding from such a polarizing group as Planned Parenthood, which is known for performing abortions

in many of their clinics, was surprising, especially given Komen’s stellar public relations track record. Someone should have seen this backlash coming, and I suppose that’s why Ms. Handel stepped down.

I want to set the abortion issue aside for a moment and address a few other things that are worth naming out loud. First, Planned Parenthood does a lot of important work for women’s health and reproductive rights. In many cases, were it not for their centers, there would be no alternative for low-income women or those fearing retribution from their families. Their work to offer free and affordable contraception, health screenings, education and counseling are valuable, regardless of how you feel about their stance on abortion.

Second, the Komen funds had nothing to do with abortion either. The funds were specifically restricted for use in performing breast cancer screenings. Anyone would be hard pressed to argue that this is not a necessary and life-saving service. Despite any ideological differences, I would hope folks on any side of the abortion issue could affirm this work for women’s health.

And as for the guilt-by-association argument, it seems to me that religious groups should heed Jesus’ own words: let those who are without sin cast the first stone. Would the Catholic Church agree that people should stop tithing because some priests have been caught molesting innocent children? Should all protestants walk away from religion entirely because some religious leaders were on the wrong side of the civil rights debate? Is it possible that we can see the good that Planned Parenthood does, even if we feel strongly about abortion?

Put another way: where are the abortion opponents when those women seeking help look for assistance and all they can find is Planned Parenthood, aside form the ones outside the clinics holding pictures of dead babies? Where are your clinics?

And as for the abortion debate itself, is it just me, or are there others who have grown weary of the us-versus-them, black-and-white approach to the whole issue? Do pro-life advocates honestly think that people who advocate for choice are “pro-abortion?” Please. And isn’t it fair to say that we could have a more productive discussion if we started with the emotional, spiritual and physical health and rights of the woman in question? In distilling this down to an issue, both sides risk de-humanizing the woman involved. And no matter how you feel about choice or life, that’s an un-Christian attitude.

Let me be clear: NO ONE LIKES ABORTION. If they do, they’re insane. So let’s stop pretending that this is the issue. The dichotomous line drawn by painting anyone not aligned with the pro-life agenda as anti-life or pro-abortion is offensive. But let’s be honest: pro-choice advocates can be just as fundamentalist in their tendency to dehumanize those who disagree with them. Most people don’t fall so clearly into either camp, so let’s stop pretending it’s a clear-cut two sided issue.

The real discussion points have to do with the government’s role in mandating a woman’s rights with respect to her body and the power to create and sustain life she carries within her. For me, this indeed is a God-given gift and should be treated as such. But in trying to stem what many see as violence against the unborn, they are inadvertently (I hope it’s inadvertent) inflicting violence on the woman carrying the baby.

Where we the abortion opponents when the young woman needed counseling? Or advice on other options? Or rape crisis support? Or advocacy for dealing with an abusive male partner? Or if they were born into poverty and perhaps never had the education or financial wherewithal to secure birth control? Or to help her even understand her own reproductive power? Or her strength, integrity and value as a fully embodied (sexuality included) woman?

How many abortions would be avoided, without government intervention, if pro-life advocates were as committed to honoring the lives of girls and women as they are advocating for the unborn?

Abortion is often the end-result of greater social systemic failure. And to focus narrowly on the final result of that failure is to show a lack of regard for the pervasive sin of a culture that continues to disregard the integrity, power and autonomy of its women. It’s like, say, condemning people with AIDS to hell rather than doing the hard work of changing the culture in which such a disease is allowed to flourish.

We have to do better. We Christians are compelled by our faith to do better. God, forgive us for obsessing about the symptoms of our greater sickness, while remaining blind to the desperate need for a cure.

February 10, 2012 Is Social Media Making Kids Sick?
Recent Comments
15 Comments | Leave a Comment
"This blog is dated March 2016. It wasn't that good then and it's no better ..."
Bob Shiloh Five Ways “Representative Democracy” is Failing ..."
"sounds cool."
Brandon Roberts Untitled
"cool."
Brandon Roberts Christian Panders, Fundies for Sanders, Bible ..."
"I believe taking calculated risk are super important. having the faith that it will work ..."
Sean Lewis 25 Christian Blogs You Should Be ..."
Browse Our Archives
Follow Us!