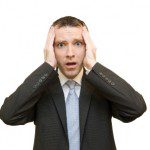 Jeff Spagniola of Durham, North Carolina, was stunned when his girlfriend announced to him last week that she was, indeed, pregnant.

“It’s a miracle!” says Spagniola, “I mean, it must be, right? We used birth control and everything.”

Asked what method of birth control they employed, he explained that the couple faithfully practiced the “Santorum Method.” Coined by supporters of GOP Presidential candidate Rick Santorum, the process is simple, using a single over-the-counter aspirin.

“Everything I hear about it said that you just have to hold one little aspirin between your knees during, um, relations,” says Spagniola, “and 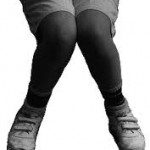 there’s supposed to be no way she can get pregnant. I just don’t understand what happened.”

“It’s fairly simple,” writes Dr. Debbie Halverson of Harvard Medical School. “There is no medical basis to the old myth about aspirin serving as birth control. The idea is that, if a woman holds the aspirin between her knees, there is no way she can engage in coitus.” 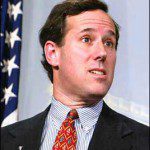 “But that’s just it,” says Spagniola, after reading Dr. Halverson’s response. “I thought I was being liberated by taking responsibility for birth control myself. If it works for her, why wouldn’t it do the same thing for me?”

Following being shown a diagram of the male and female anatomy, along with a detailed explanation of the prophylactic properties of an aspirin placed between the woman’s knees, Spagniola’s response was ironic but brief.

February 16, 2012
NBA's Jeremy Lin and The "Messiah Formula"
Next Post

February 17, 2012 Who Would Jesus Glitter Bomb?
Recent Comments
8 Comments | Leave a Comment
"This blog is dated March 2016. It wasn't that good then and it's no better ..."
Bob Shiloh Five Ways “Representative Democracy” is Failing ..."
"sounds cool."
Brandon Roberts Untitled
"cool."
Brandon Roberts Christian Panders, Fundies for Sanders, Bible ..."
"I believe taking calculated risk are super important. having the faith that it will work ..."
Sean Lewis 25 Christian Blogs You Should Be ..."
Browse Our Archives
Follow Us!