Anger, Fear and the GOP Implosion

It seems lately that the Republican party is painting itself into an angry corner that it can’t find its way out of. 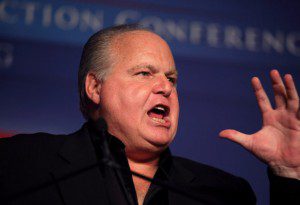 Rush Limbaugh’s recent loose-lipped “slut” comment is a clarion call to his significant conservative base to forge ahead in a direction that leads nowhere good. Basically, he cast negative, sexually charged aspersions at Sandra Fluke, a college student who publicly advocated for health insurance that included birth control.

As this piece in the Christian Science Monitor notes, his comments – and the greater sentiment they reflect – point to a sexual double standard among many social conservatives. But that isn’t what is tripping up the GOP right now.

Anger is their Achilles heel.

The disgruntled voices from the Tea Party set the tone for the political landscape on the right this election season. In order to appeal to this constituency, candidates determined that they had to resonate with the anger they heard from within the conservative populist swell.

I use the word “populist” in this context with tongue firmly in cheek, given the fact that the billionaire Koch brothers have funded the movement. But that’s another article in itself.

The problem is, when negative dynamics such as fear or anger are at the core of your message, such fervency tends to take on a life of its own at one time or another. Sure, every politician or highly public figure trips up at one time or another under the intense media microscope we live with today, but such emotions are inherently untamed; they long to manifest themselves in a form of their own invention.

Anger and fear are wild. Though powerful and often effective they will not be tamed. And eventually, they will turn on their maker.

So how is it that a young, black senator from Illinois came to turn the entire political system on its head four years ago? Yes, he had a team that possessed a remarkable understanding of social media and grassroots organization. But at the heart of Obama’s message, there was a drumbeat of optimism. Call it trite or superficial if you will, but people want hope. They may be motivated by anger or fear for a time, but hope sustains.

And it worked. Regardless of anyone’s feelings about his term in office thus far, he won a hard-fought election. 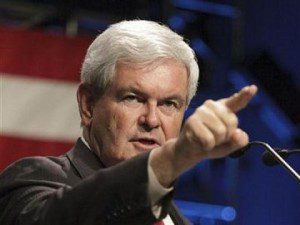 candidate. Like kerosene on a smoldering fire, he ruptured the GOP field with a passionate fury. And a few weeks later, he can hardly earn a paragraph in the editorial pages, let alone any more headlines.

This anger acts much like any other fundamentalist message does. It galvanizes a minority base while alienating the rest. Though a more synthetic, positive message may not stoke the embers the way a fiery diatribe might, it is what any successful candidate requires today to appeal to enough of the electorate to command a consensus.

Of course, this oversimplifies the substance of governance behind the rhetoric of politics. But for now, governance takes a back seat, at least until after the November elections.

To everything there is a season. Even Jesus expressed anger in moments. But seasons inevitably end.

March 5, 2012
The Piatts are Headed for Portland
Next Post

March 7, 2012 On Gay Marriage, Marijuana and Pat Robertson
Recent Comments
1 Comment | Leave a Comment
"awesome."
Brandon Roberts Not “That Kind” of Christian
"nice article."
Brandon Roberts Talking Sex with Invisibilia’s Hanna Rosin
"Thanks for a fun romp. As a Presbyterian minister, I would have welcomed you gladly ..."
Zeigler John Leaving A-Holiness Behind
"Dear Sarah and Christian,I'm sorry for what has happened to you and your mother and ..."
Amazingaljicrowley3679 Letter From a “Demon Possessed” Woman
Browse Our Archives
get the latest from
Progressive Christian
Sign up for our newsletter
POPULAR AT PATHEOS Progressive Christian
1