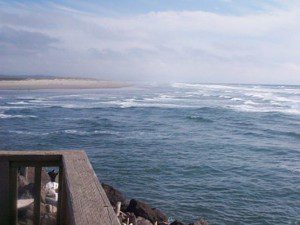 We finally made it to the Oregon Coast yesterday. I took some pictures in the redwood forest that I’ll share soon, but this post isn’t about that.

We got in before dinner and were happy to learn that we had a hotel room with an ocean view. Not only that, but it actually is right on the beach. So of course, we decided to sleep with the windows open.

It’s one thing to fall asleep to the nature sounds on my iPad; it’s entirely another to drift into an alpha state to the real thing.

And then came the noise. It was this periodic buzzing/honking/humming that started sometime in the middle of the night. It sounded like someone snoring through the wall in the next room. Seriously? I drive two thousand miles to sleep next to the ocean and you’re going to keep me awake snoring?

I started imagining this person sawing logs in the next room. Nothing I imagined about them was attractive. I began to fantasize about 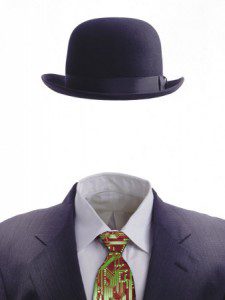 sneaking in and stuffing wine corks up his nostrils or slapping one of my Breathe Right strips across the bridge of his nose. At one point in a near-sleep state, I actually had a vision of covering his snoring face with a pillow.

I know, a horrible thing. But sleep – and the lack of it – can bring out some strange demons.

He actually even worked his way into my dream. We were strolling through a park and there was this disheveled man following us and harassing us. Finally the police arrived, and they were less than kind to this guy in my dream. They shackled his wrists behind his back in handcuffs and shoved his face to the ground when he talked back to them.

That’s what you get, my dream-self thought, watching the man in blue press the vagrant’s face into the gravel.

Who is this me that’s coming out because of this guy next door to me, completely unaware of the power he has over me? But I know who it is. It’s just the part of me I’d rather not admit is there, but who can be summoned under the proper circumstances.

It’s the part that wishes suffering on a snoring man I’ve never met.

Or punishment for a homeless man bothering me in the park.

Or who can’t wait to cast the first stone at the woman in the middle of the circle.

Or who joins in the swelling chorus to crucify an innocent man.

I reached my breaking point when someone built a campfire on the beach at 5 in the morning, sending smoke directly into our room. I stumbled out of bed and slid the glass closed.

Lo an behold, the snoring stopped.

It turns out there’s a persistent warning signal for ships in the harbor where we’re staying that let’s them know if they’re too close to land. The man next door, if there ever was one, had nothing to do with it.

It didn’t matter; I tried and executed him in my head anyway.