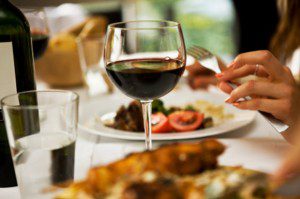 I’m coming to terms with the realization that I’m a big, fat fake. But at least I’m in good company.

Amy’s birthday was last Sunday. We had just arrived in Portland, so we went to a fancy-pants restaurant, situated several hundred feet above the skyline, with a view of the entire surrounding city, the Willamette River and Mount Hood. We shared a bottle of wine, enjoyed outstanding service and indulged on gourmet food to celebrate her ever-growing tenure as an occupant of our planet.

The bill for the night was nearly enough to cover groceries for our family for up to two weeks.

We could manage it; we knew it was pricey before we got there. And it was fairly easy to justify too. We were making memories. It was an other step in the courtship, helping us fall in love with our new city. We had worked hard over the past eight years, establishing a church in Colorado, struggling to pay bills at times, and we’re now enjoying some material fruits of our labor.

Seriously, how does anyone really justify spending that kind of money on one meal? After all, from our vantage point on the 30th floor, I could see scads of people below, standing on street corners, tucked in under sleeping bags and beneath cardboard boxes, walking wearily from one job to the next, hoping to pull together enough to make rent.

Now that I think of it, my steak wasn’t even that fantastic. It was prepared well, but if I didn’t know I was paying so much for it, I think I would have been hard-pressed to be so excited about it. After all, what kind of idiot am I for paying so much if the product isn’t the BEST thing I’ve eaten in forever, right? And the mashed potatoes were really light and fluffy, but come on; they’re mashed potatoes!

The realization that I’m a fraud didn’t come right then, though. It came when I drove past the name brand grocery store near our apartment to go to the no-frills market that doesn’t take credit and expects you to bag you own stuff.

“This coffee was less than eight bucks a pound,” I said to Amy excitedly as I got back in the car, “and the hummus was the same price as at the other store, 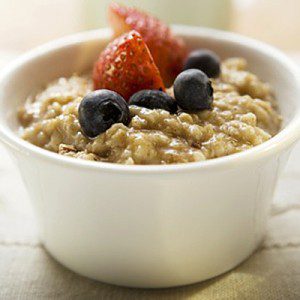 but it’s twice the size!”

So I’ll literally go out of my way to save a couple of dollars on groceries, and then blow a half-month’s worth on one meal? It reminds me of this habit my dad had when I was a kid, which drove me crazy. He figured out that if you bought the largest tub of popcorn at most theaters (which comes with one free refill), most places don’t actually mark the tub when you get it refilled. So he had a collection of tubs from each cinema chain that he’d keep in the trunk of his Mercedes, and he’d make me carry it into the theater. It was incredibly humiliating as a teenager; I hated it.

It seemed especially dumb when we’d go after the movies to a restaurant and my parents would blow a hundred bucks on dinner. I asked him about the seeming contradiction once, and of course, he had a logical response at the ready. “”I go to matinées and saving the popcorn tubs so I can enjoy nice meals like this with the money I save.”

How could I argue with that? It sounded weird at the time, but I had no response. Instead, I gnawed on my burger, anticipating with consternation the next time he’d force me to lug the giant tub into the theater.

Our culture has gotten so good at justifying the expense of nearly anything we want that I think we don’t even realize we’re doing it most of the time any more. But based on what Jesus taught about generosity, I get the feeling this is not a relatively contemporary phenomenon of our present capitalist culture. There was a reason he challenged people to give generously of their “first fruits,” and I think it was because he knew if we were left to our own devices, we’d justify away nearly all we had on “necessities,” finding ourselves with little or nothing left to share with those who have not. 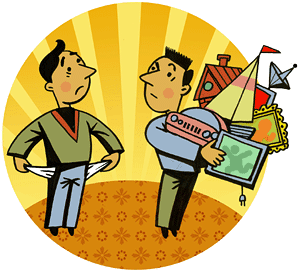 Am I sufficiently generous? I have no idea. We give money regularly, but I know we could give more. Is it a sin to spend so much on a meal (or a house, car, television, phone, etc) simply because I can justify it within the norms of my culture? How much is enough for others? How much for me is too much?

The fact that I pretend like I know is the biggest lie.

Am I going to sell all my possessions, move into a convent and live off of lentils? Probably not. Some folks do; I even know them, and they inspire and challenge me. Are they living more Christ-like lives than me? That’s between then and God, I suppose. But I’m beginning to realize that I’m pissed at myself for being willing to accept my own lies to maintain the sense of normalcy I choose to think I deserve.

I owe myself more than that.