Christian Patriotism: Love for the “Other”” 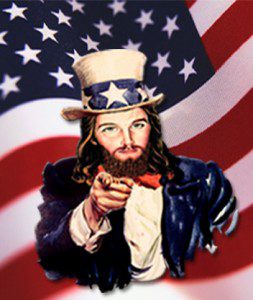 While at Wild Goose Festival in North Carolina recently, Deborah Arca (our progressive Christian portal editor here at Patheos) asked us to respond on video to how we reconciled both love of God and love for country. I struggled with the question, mostly because of the typical baggage that comes along with Christian patriotism, much of which teeters on the verge of jingoism. So I didn’t respond at all.

I’m really sensitive to what I call “Christian exceptionalism.” There are those within Christianity that honestly believe America is God’s second Zion, the new Israel, and that we Americans are God’s new chosen people. This, in turn, helps justify everything from flags in worship spaces to the Ten Commandments in the public square, and even pre-emptive acts of aggression against perceived threats around the world.

Basically, when you hold yourself up as somehow favored in the eyes of God, it’s easy to hold those you deem as less favored to be somehow “less than,” and to dehumanize all who do not conform to your custom-built ideal of 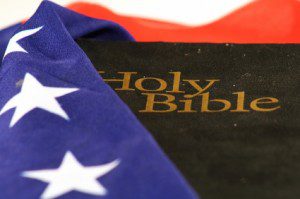 what it means to be “American.” For me, though, such sentiments not only are un-American in the sense that they don’t ascribe to the “liberty and justice for all” ethos; it’s also patently un-Christian.

All that being said, I do love my country, and I do love God. So how do I reconcile the two?
While I don’t agree with the argument that the United States was established as a Christian Nation, I do agree that there are many values that Christians embrace (or are supposed to anyway) that also are held up as American values: freedom from whatever oppresses us; justice for those without voice or power; inclusion of the outsider. And while some may endeavor to place caveats on these virtues, they only 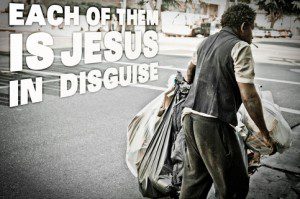 remain virtues in as much as they aren’t meted out to a select few, but rather are given freely to all.o the two affiliations converge in a way thatthey hopefully don’t diminish one another?

It’s easy to understand, really, how such virtues espoused both by Jesus and the nation’s founders could be twisted from universally applied values into exceptionalist tools of favoritism and exclusion. It’s as simple as taking the very same sentiments and creating an I/thou dichotomy, in which we are on one side of an imaginary line and others are beyond it.

Jesus was intent on eradicating such boundaries, tearing down distinctions between classes and other distinctions. First and foremost, we are of one common family, and in as much, we are accountable to one another. For me, love of country and love of God both are expressed in love for the “other,” to the point that, hopefully some day, there is no more “other.”