What Christians Mean When They Bless You 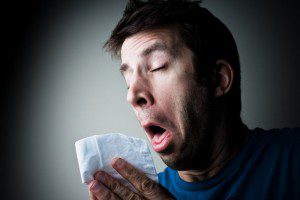 Christians toss out blessings like beads at Mardi Gras. They get offered so often and in so many contexts that it’s hard to know what exactly it means. So I thought I’d break down at least some of the kinds of blessings floating around out there.

The Post-Sneeze Blessing: This is a weird one, because we don’t bless people for coughing, yawning or any other bodily function. So why sneezing? No one is exactly sure, though some believe it dates back to Pope Gregory in the early first Century AD when the bubonic plague was everywhere in Europe. As the plague got closer to Rome, myth has it that the Pope ordered perpetual blessings around the city. So when someone sneezed, offering them a blessing was like a small insurance policy against the plague.

I actually heard a different one growing up that I liked better. There was an old superstition that sneezes were a means the body used to expel evil spirits from within. So once the bad mojo was on the outside, it was incumbent upon others to bless the sneezer, in an effort to keep them from sucking the demons or whatever back in.

The Backhanded Blessing: I grew up in Texas, and this was a real favorite in the south. It was generally offered in someone’s absence, and immediately following some kind of gossip or insult. An example might be, “Poor Mabel Jean’s husband has slept with everyone in town except for her, bless her heart.” Apparently the blessing neutralizes the damage of the bad stuff.

The Quid Pro Quo Blessing: This one is popular with the Television evangelists, but it has a much richer history than that. These days, it’s not uncommon 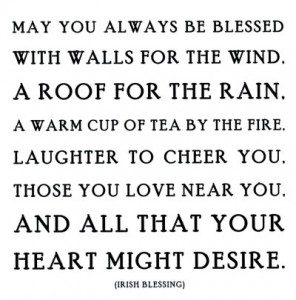 for a preacher on the boob tube to offer a specially blessed prayer cloth or some other trinket, as if they have some special powers that are unlocked only by Andrew Jackson and Benjamin Franklin. The Catholic Church offered indulgences, which absolved the offending party of particular sins, which were meted out by the priest. In theory, this was done following some kind of penance of works or prayer, but money was known to change hands in the process on occasion too. Martin Luther, the father of the Protestant Reformation, wasn’t a fan of this practice, as it placed too much power in the hands of the church.

The Empowerment Blessing: Sometimes when a person or group is embarking on a difficult task, their faith community will offer them a blessing to encourage them on their journey. It’s a way of acknowledging the challenges ahead, while also offering assurance that those offering the blessing will (in theory, at least) be with you in prayer, if not physically or financially. From graduations and ministerial ordinations to weddings and mission trips, these are common ceremonial blessings in Christianity. 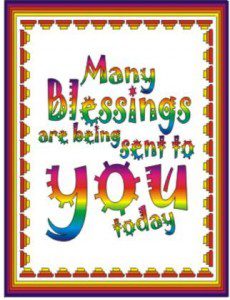 The Vending Machine Blessing: This type of blessing, often employed in a prayer, commonly includes the words, “Lord, bless me/us with…” The oft-cited scripture for this sort of on-demand faith is in Matthew 7:7, which says “Ask and it shall be given; seek and you shall find.” Though I’m not sure the author of that text had new cars, promotions or an XBox 360 in mind when considering what “it” might be.

The Affirmation Blessing: This one is kind of unique in the pantheon of Christian blessings. Rather than asking for a particular blessing for someone, we acknowledge the value or even divinity in the other by affirming that they, themselves are a blessing.

It’s an easy thing to dole out blessings without much thought behind them, because most folks don’t find blessings offensive. But, like with the other Christian Cliches I’ve written about before, the Gospel According to Horton is always the best policy:

Mean what you say; say what you mean.