Why Am I a Christian?

Following the series of four “Christian Cliche” articles, I received hundreds of responses from across the spectrum. One in particular, however, stood out to me. A man who does not consider himself to be a Christian asked me why it is that I identify as a Christian, particularly given my apparent difference on a number of key issues of the faith.

I do not ascribe to the notion of substitutionary atonement (Jesus had to die for our sins to be forgiven). I also do not hold a literal understanding of scripture as essential to my faith. Frankly, I’ve never met anyone who literally believes and follows the Bible, word-for-word, so I think the only honest approach to the bible is to admit we all interpret it on some level. I also have a far different understanding of salvation, hell, the Trinity and so on from many of my fellow followers of Christ.

For one, I don’t accept the idea that any individual or instituion (translated: church or denomination) has the authority to dictate what it does and doesn’t mean to be a Christian. That’s between me and God. Also, I think there’s a basic difference between a lot of traditional understandings of what it means to be Christian when compared with some more recent – and arguably, more historically ancient – beliefs in what it is to be a Follower of the Way of Christ. 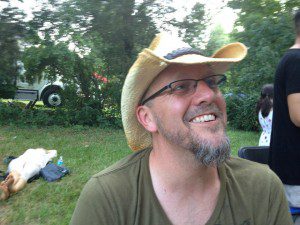 I don’t believe adherence to certain doctrine, dogma, baptism, communion, a blessing from a priest or pastor, approval from organized religion, attendance at a church or giving a certain amount of money to charity make you a Christian. I understand many people do, and I am fine with that. But those don’t work for me. Although I’m not a vocal advocate for an emphasis on personal salvation as the primary purpose of Christianity , I do believe that each person has to decide for themselves whether they consider themselves to be Christian or not, and what that means.

Yes, some church leaders will claim that is heresy, because it strips them of authority in the process. The case is made that this is a slippery slope into religious relativism in which it’s a free-for-all, everyone picking and choosing what they like, as if their faith was a grocery store. But given that I do not believe there is such a thing as “ultimate, singular Truth” with a capital “T” and there is no such thing as un-interpreted scripture, I would suggest that EVERYONE does this already at some level.

You may recite the prayers and verses as you’re taught, but no one can make you believe anything. It’s a choice, That’s fundamental to free will.

So why, then, do I even call myself a Christian?

Rather than mine being a theology of “Jesus died for your sin,” mine is one of “Thy Kingdom come.” That is archaic language, and I find that a little off-putting,  but given that it’s from the Lord’s Prayer, attributed to Jesus, I think it’s worth wrestling with. Basically, I share the interpretation of this line of the prayer with many seekers of social justice, like MLK, Walter Rauschenbusch and the like, who believe that the line, “Thy Kingdom come, Thy will be done, on earth as it is in heaven,” is an expression of longing, for God’s love to be fully realized, for our inequities and brokenness to be reconciled here on this earth, and not just some day after we die.

This is not likely something at which we will entirely arrive in this life, but it is something toward which we should re-orient ourselves daily, in order to seek it out, actively and vocally, in all we do. This, I believe, is Christ’s call to the world.

I also hold a somewhat different understanding of God than many other Christians. Whereas some consider God to be some “other” being “out there” somewhere, I don’t believe in a God that is “other.” Rather, I relate to such phrases describing God as:

I recognize much about the human condition that is broken and that, left untended, leads to more brokenness. I see Christ’s life and message as the path 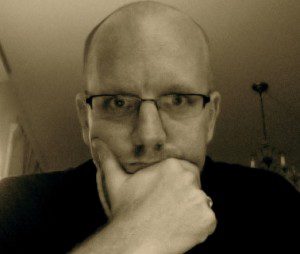 through that brokenness (not to avoid it, but to make our way through in spite of it), and as such, his life and word is salvific. Folks talk about salvation about a one-and-done sort of fire insurance policy, but I see it as a lifelong  process of healing past, present and future hurt (both individual and collective). This doesn’t mean that the hurt ever stops, that we suddenly, upon becoming Christians, are always happy, smiling, bubbly folks. But it does mean we believe in a love that is greater than the sum total of that hurt, and than it is in community that we can both multiply our joys and share the burden of our tragedies.

Feel free to quote the scriptures that point to selective salvation, blood atonement and the like, but I’ve read and heard them all before. Many times. We all have. This is what I believe, and although I remain open to changing and growing in my faith, I will not stop speaking plainly and publicly about that belief, simply because it makes some uncomfortable or even angry (trust me, some things you do piss me off too). But we’re still brothers and sisters, all part of a greater body, be that the Christian Body if you are of that faith or the whole of humanity if not.

My hope is that we can try a little harder to act as such.

July 13, 2012 Five 'Christian Parenting' Ideas To Let Go Of
Recent Comments
61 Comments | Leave a Comment
"awesome."
Brandon Roberts Not “That Kind” of Christian
"nice article."
Brandon Roberts Talking Sex with Invisibilia’s Hanna Rosin
"Thanks for a fun romp. As a Presbyterian minister, I would have welcomed you gladly ..."
Zeigler John Leaving A-Holiness Behind
"Dear Sarah and Christian,I'm sorry for what has happened to you and your mother and ..."
Amazingaljicrowley3679 Letter From a “Demon Possessed” Woman
Browse Our Archives
get the latest from
Progressive Christian
Sign up for our newsletter
POPULAR AT PATHEOS Progressive Christian
1