Yesterday I posted part one of this story. Click here to read that first if you haven’t already.

These posts came from my first memoir/humor book published called “PregMANcy: A Dad, A Little Dude and a Due Date,” published by Chalice Press. The book follows my wife second pregnancy with our daughter, Zoe (now 3 years old) from conception (more or less) to birth. Suffice it to say I was less than enthralled by the idea of getting pregnant again, so this book was my way of dealing with my own neuroses.

#5. Delivery complications: Amy was a real trooper when Mattias was born, but nothing about it was easy. Actually he and I had eerily similar experiences making our way into the world. We both were exactly the same length and weight, we both were faced the wrong way, and both of us were finally delivered by caesarian section, after putting our moms through hours of hardcore labor.

The story I’ve heard is that my delivery was a big part of why my folks decided not to have any more children. Before that, they planned on having more but it was too much to deal with. And let me tell you that I can sympathize. I was in the room both when Amy tried to deliver naturally, and when they cut her wide open and yanked the little peanut out, his face was blue from a lack of oxygen and his umbilical cord wrapped twice around his neck. Though I’ve never experienced such awe and joy in my life, I also have no desire to relive that sort of terrifying vulnerability.

#4. Postpartum: We didn’t recognize it as such for almost a year, but Amy suffered from pretty severe postpartum depression after Mattias was born. In a phrase, it sucked. I also happened to be running for local political office at the time, which added stress to the situation, but I didn’t know what the hell was going on. It was our first time, after all, and no one really warned us about what to do if your wife has quasi-psychotic images of herself pushing your baby down the stairs. She was so worried she was going crazy that she didn’t tell anyone for fear that they might take Mattias away from her. So instead, she tried to manage it, quite unsuccessfully, on her own for nearly twelve months.

The breaking point finally came one night when we were lying in bed and I laid it all out. I knew something was really wrong, but I had no idea what it was. I could feel her withdrawing farther away from me every day, and I felt like I couldn’t do anything about it.

I’d asked her to get into therapy or to talk to her physician, but again, she was worried they’d stamp her forehead with “LOONEY” in big, red letters and cart her off on a gurney. One way or another, though, something had to change. As much as it broke my heart to say it, I finally gave her an ultimatum. I told her that if she didn’t get help, I wasn’t sure we’d make it as a family.

It was only a matter of weeks after that before things started getting notably better. She got on some good antidepressants and hit the shrink’s couch for several months. But I think the greatest healing came from knowing that not only was postpartum depression normal but it was treatable. This time around, we already have plans for proactive intervention to reduce the likelihood of a recurrence, but anyone who’s been through a major car wreck or similar traumatic event can tell you that no number of seatbelts or airbags will really ever make you feel as safe as you’d like again.

#3. We’ll forget how to be married: I already mentioned in the first chapter about how we struggle to put time aside just for us. Our plan to have a weekly date night has been met with mixed results at best, but not for lack of trying. Every time we do spend an evening or some other real intentional time together, it helps me remember why I married Amy in the first place and why I still love her. Without that, it’s way too easy to slip into survival mode and look at each other more as parents or business partners rather than as lovers.

With only a few family members in town, and the fact that Mattias doesn’t exactly offer an autopilot sort of babysitting gig, it’s already a challenge to find good babysitters. I’m sure that adding another body to the formula will not make that search any easier.

Of course, date nights are only part of the larger issue. It’s all too easy for parents to fall into “survival mode,” pouring all their energy into being good parents until there’s nothing left. But as plenty of us born in the last forty years can attest, divorces mess kids up, no matter how good of a parent you are.

#2. She’ll want another one: Amy says she understands that I have no interest in more kids after this, and that even number two is stretching my sanity a bit, nearly eight months 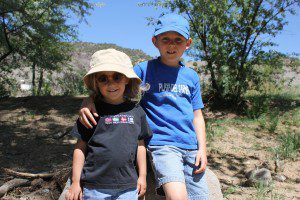 out. But here’s the thing: I think it’s plenty easy for a woman to say they don’t want another baby while they’re pregnant. That’s a little bit like congratulating yourself for turning down a chocolate chip cookie while you’re devouring a cake. The real test will be once the hormones regulate themselves and the whole baby amnesia kicks in, so that she forgets what a bitch labor is and how much of a drag it is not to sleep for an entire year straight.

It’s not that I don’t believe her when she says she doesn’t want another one. It’s just that not wanting one right now isn’t really the same as not wanting another one for the rest of our lives.

#1. We lose it: For at least another month and a half, there’s a pretty high risk of miscarriage, and our odds aren’t helped by Amy being in her mid-thirties. Though a miscarriage isn’t the end of the world, I’m pretty sure I’m not going to want to step back into the batter’s box if it happens. If this possibility becomes reality, we’ll have the loss itself to deal with compounded by the fact that she will still likely want a baby. But given that scenario, I’m pretty sure I’ll only dig my heels in deeper, which could lead to who-knows-what kind of resentment and weirdness between us.

“The biggest sadness I think I have for you about all of this,” my friend and mentor, Doc, said to me, “is that you’re not jumping up and down with joy.”

He’s right; I’m not. I’m trying to come to terms with it, but joy would not be an accurate description of my state of mind right now. It’s a shame to think about looking back later and regretting not being more present and joyful about a new life coming into our family, but all these damn hang-ups keep getting in the way. Doc knows this. After all, he knows me as well as, or better than, anyone. 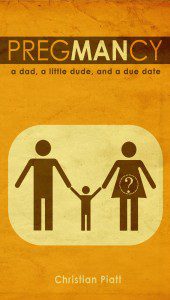 “Are you considering termination?” he asked, in his best clinical, matter-of-fact tone.

“What?” It wasn’t that I didn’t hear him, but I was kind of shocked that he would even ask me such a question. It actually kind of pissed me off. Now that I’ve gotten some emotional distance from the call, I think he knew exactly what he was doing. He knew that no matter how freaked out I was about this, I’d never, ever consider an abortion. Either that or he doesn’t know me nearly as well as I thought he did.

Basically, he’s presenting me with an absurd alternative to help me get things into perspective. Of course I’m going to follow through. Of course I’ll love this kid no matter what, regardless of how many heads it has or if we’re living on food stamps to make ends meet. So what’s the solution? The raw, primitive guy center in my brain says the only thing to do is to get the hell over it.

Buddhists have another, possibly more philosophical way of putting it. They have a saying that’s become a favorite of mine, which goes something like this:

“If there’s a problem and there’s something you can do about it, then don’t worry about it. If there’s a problem and there’s nothing you can do about it, don’t worry about it either.”
Nice enough to say, but how many Buddhist monks have had to worry about their wives dying in the delivery room, leaving them with a baby in each hand and no clue how to raise them without help? Sure it’s irrational, but fear is powerful, whether it has much of a basis in reality or not.

Worry may not fix a thing, but on occasion it can help distract you from your real problems. It would be nice if our issues were as easy to spot as the monster we all used to imagine lived in the closet or under the bed. But sometimes they take a much more subtle form. Big, yellow eyes and gnashing teeth are well and good for dramatic effect, but in the real world nothing is more terrifying than the prospect of losing what you love most, like a child.

That kind of fear is way more potent than any of the fantasy crap. It happens every day.

That fear is the steep price of love.

(Part one of this two-part article was published yesterday, October 24th, 2012. To read it, click here. For more about the memoir, PregMANcy, click the link on the title.)

October 25, 2012
Getting to Know the Core of Johnny Appleseed
Next Post

Beth Moore And The Bible: It...
The Thoughtful Pastor
Related posts from Christian Piatt