To learn about Christian Piatt’s new project, “A**hole Christian Survival Guide,” and to pre-order your copy, CLICK HERE. The humorous illustrated book will include these and other Christian cliches, games and a lot more.

I was pretty amazed by the popularity of the first lists of Christian clichés I created (linked at the bottom of this article). I think it was because so many Christians saw themselves somewhere in the list and others (maybe even some Christians!) have been on the receiving end of these clichés and resonated with my frustration in hearing them pretty much my entire life.

Since that initial series ran, I’ve been thinking about other things Christians often say that tend to do more harm than good. So here are a few more to add to the list. 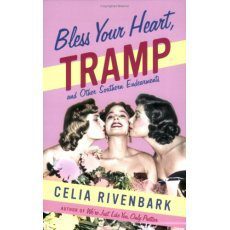 Bless his/her heart: This usually follows one of two less-than-Christian kinds of statements. Either it’s said after some kind of thinly veiled insult or after a juicy bit of gossip about the person whose heart you want to be “blessed.” Examples include, “Did you hear Nancy’s husband got caught sleeping with his secretary? Bless her heart,” or, “He’s not exactly the sharpest tool in the shed, bless his heart.”

If you’re from the south, you definitely know what I’m talking about.

He/she is a good, strong Christian: I actually heard this when buying our house. The sellers were glad to be selling their home to “strong Christians.” I’m not sure what they based this on since they knew almost nothing about us, but I expect it had to do with the fact that we both work in ministry. But the whole thing leans on so many assumptions and personal biases, while also casting a plenary judgment on those so-called “bad” or “weak” Christians that it should be avoided all together. It contributes to the “country club” mentality of Christianity that there are some who are doing it right and many who are doing it wrong. And, of course, the one making the judgment pretty much is always on the “right” side.

Are you Catholic or Christian?: I heard this most often in southern Colorado, which was home to more Catholics than any other religion or denomination. But this suggests, first of all, that Catholics aren’t Christian. Second, it draws firm lines between Catholics and Protestants that (thankfully) have become increasingly blurry in recent years with things like Taize-style worship and other “ancient-future” practices. 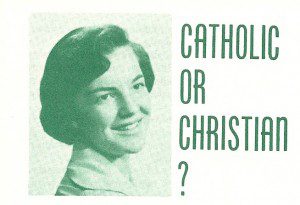 Yes, I do value much about the protestant reformation, placing power of scriptural interpretation in the hands of the faithful rather than the priesthood. But we also lost much that was valuable in our faith, like an emphasis on the Divine Feminine. Also, just to clarify, the word “Catholic” means “Universal Church.” So technically all Christians are still Catholic, if you ask me.

I’m praying for you: I had a guy say this to me last week who was not a fan of my work. And although sometimes people mean well when they say this, often times it’s basically the religious equivalent of the middle finger (I don’t like you and wish you would change, so I’m going to pray you become more like me). Now, there are those times when people say it with truly benevolent intent, but it’s still a very personal thing. Instead, consider asking someone if they would like for you to pray for them, and ask what they would like you to pray for instead of making too many assumptions. 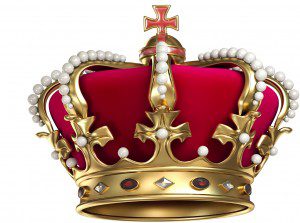 That’s another jewel in your crown: This may not make a lot of sense to some non-Christians, but I’ve heard it my entire life. Basically, it suggests that doing good deeds now builds up the rewards you will receive in heaven. This, I believe, is a gross distortion of what Jesus taught. He didn’t teach us just to delay our selfish motives until after we die; he taught us to get over ourselves entirely. And if we look at stories like the vineyard laborers and the Prodigal Son for examples, I think we may be surprised how we’re all treated in the sweet by-and-by anyway. In short, stop doing things for some expected reward, whether in this life or the next. Do it because it’s the right thing to do, and it’s the “way, truth and life” to which Jesus calls us.

Read article one in the series here: Ten Cliches Christians Should Never Use

October 28, 2012 Church Sign Epic Fails, Vol. (x = 40-3)
Recent Comments
60 Comments | Leave a Comment
"awesome."
Brandon Roberts Not “That Kind” of Christian
"nice article."
Brandon Roberts Talking Sex with Invisibilia’s Hanna Rosin
"Thanks for a fun romp. As a Presbyterian minister, I would have welcomed you gladly ..."
Zeigler John Leaving A-Holiness Behind
"Dear Sarah and Christian,I'm sorry for what has happened to you and your mother and ..."
Amazingaljicrowley3679 Letter From a “Demon Possessed” Woman
Browse Our Archives
get the latest from
Progressive Christian
Sign up for our newsletter
POPULAR AT PATHEOS Progressive Christian
1