Our Interview with Jim Wallis on Immigration Reform

In our most recent special post-election edition of the HomeBrewed Christianity CultureCast, we sat down with Jim Wallis, head of Sojourners, political activist and change-agent for the common good among the political elite in Washington DC. You can check out the entire episode by CLICKING HERE, but this is a transcription of our discussion particularly about immigration reform and what we might expect in the coming months from Washington on this issue. 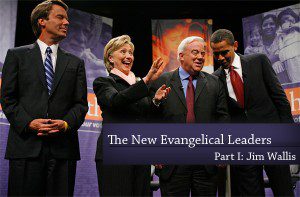 Christian: This has been a fairly intense election cycle. More money was spent than ever before, and some would argue a more polarized political environment than ever before, and yet, when you look at the presidency and the electoral map, not a lot has really changed. So what does this say about peoples’ dissatisfaction with politics, Congress and the like?

Jim: The checks have replaced all the balances in our public life. Until we get the money out of politics, we’ll never get values back into politics. There’s a long-term need here now for a social movement focusing on the influence of money in politics.

I’ve got senators who tell me they have to raise $20,000 every day in order to get re-elected. I did a Politico op-ed piece about this…long-term, that’s got to be dealt with.

In terms of the election, Chuck Todd, my favorite analyst on television, put it well when he said the demographic time bomb was finally set off in American politics. What it says, and that the Romney campaign learned, is that getting (just) the votes of white males is not ever going to win an election again in America. That will shape the rest of our politics, and that’s the big story.

I’m sure Obama had a great ground game and voter targeting, but finally, in the end, this election came off the way it did because of demographics. America is changing dramatically. A much more diverse America is not going to be the same politically as it has been for a long time.

Christian: So the plurality of minority voices is now the new majority?

Jim: By 2050 the data shows that the majority of Americans will come from Latin America, Africa and Asia, and Caucasian Americans will be in the minority. It’s already true in Los 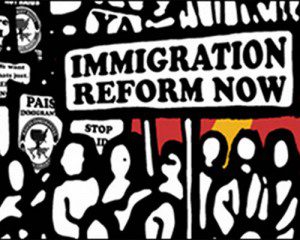 Angeles and other places around the country, but now that vote is so significant. Obama got ninety or so percent of the Black vote; 73% of the Hispanic vote; he won the women’s vote by ten percent. So there are demographic issues now that really have to be dealt with.

Jordan: It seems there was such a massive miscalculation. When (George W.) Bush ran, they really targeted Hispanics. George Bush spoke Spanish and they made a really big deal about that. Why did the Republicans completely drop that in the last eight years?

Jim: Partly because their mindset is not inclusive of Hispanic voters. Just targeting Hispanic voters and speaking Spanish…I mean, you can give a Spanish version of ‘I’m against comprehensive immigration reform.’ Well, saying that in Spanish won’t help you with Hispanic voters.

The problem here was policy. We have two invisible signs at our borders. One says ‘No Trespassing,’ and the other says ‘Help Wanted,’ and twelve million vulnerable people are caught between those signs in a broken system. The faith community has found a unity around this issue which we’ve never seen before on any issue. We’ve been Biblically converted. Jesus says, ‘As you treat the stranger, that’s how you treat me.’

We (faith leaders) are already in conversation before and since the election about how to make comprehensive immigration reform a successful campaign in the first three months of this new Congressional term. 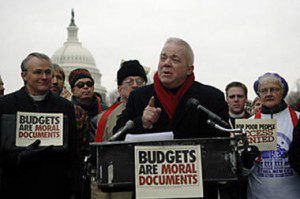 Christian: It seems to me that there’s a real opportunity for the GOP that they’re missing here, because at least in my experience in mainline churches, the influx of African, Latino and Asian voices have been more theologically conservative than the Anglo voices that have been there historically. There would be a lot of synergy between them and the traditional Republican values, I think, except for the fact that they can’t seem to get past this immigration reform issue.

Jim: You’ve got a situation unfolding in this country which is very provocative, which is: how does a post-Christian American church deal with a non-Western immigrant Christian faith? That’s the conversation we’re having all over the country now. Immigrants are coming with a more non-Western Christian faith to a country that is no longer a Judeo-Christian country. It’s post-religious, particularly in Portland. You’re like France out there…

Jim: What’s interesting is that now the Republicans quickly have to reverse their hostility toward Hispanic voters because that’s the future electorally. And that’s why, now, Republicans are much more likely to support comprehensive immigration reform than before the election.

But it doesn’t mean Hispanics, therefore, are a solid, long-term Democratic constituency. I hope Democrats don’t make the mistake of thinking that way, because it’s not going to be the case.

Listen to the entire interview on the Homebrewed Christianity CultureCast HERE.