It’s true that Portlanders pride themselves on being a different strain of weird. But for the most part, it’s a creative, whimsical sort of weirdness. It’s also pretty funny a lot of the time.

Such was the case, at least in my view, when this story aired on the local news last night about vandals altering local Stop signs. I can’t decide whether I like the stunt itself more or the fact that the reporter tries to do the whole story without actually saying the word, “Poop.”

Unfortunately, the local news feed wouldn’t embed in this blog post, but lucky for me/us, ABC News actually picked up the story:

Though no one has stepped forward to claim responsibility at this point, my own rigorous research (okay, so I Googled “Poop Stop Sign) yielded a link to a website managed by artist Chris Yates who sells the “poop” signs for $10 each. So although the prospect of this being little more than a bit of clever guerrilla marketing does take a little bit of shine off the apple, it’s still funny.

January 9, 2013
My Night With "Southpark" Creators' "The Book of Mormon"
Next Post 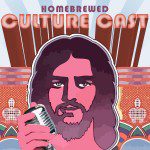