No guest this week! It’s just Christian and Jordan and their wits against SILENCE.

This week is all about end-of-the-year lists. Jordan runs down his ten favorite songs from 2012, and gets over his embarrassment at including OneRepublic’s “Feel Again”. Christian then breaks down the top quotes of the year, most of which include Mitt Romney’s verbal miscues. Then they run through their favorite films, television shows, and books, and there are plenty of controversial picks and bickering and, if you’re into sensationalism, they talk about strip clubs, sending people photos of your junk and Charles Barkley’s exploits in downtown Scottsdale.

And on that note, we’re introducing a couple new segments to the show: the Antichrist of the Week and Sandwich of the Week. We have fun. 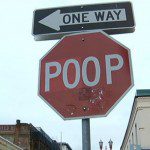 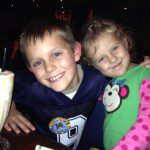 Christianity Does Not Solve the Problem...
Freelance Christianity
Related posts from Christian Piatt