My Frustration with Bell, Clinton and Obama on Marriage Equality

My Frustration with Bell, Clinton and Obama on Marriage Equality March 20, 2013 Christian Piatt

I know this may not be a popular position to take among my readers. After all, the last time I wrote anything even remotely critiquing or questioning Rob Bell, I got scathing responses. Oh, if folks only got so passionate about other things like, say, poverty.

Anyway, I’m a real fan of Rob Bell. I think he’s taken some bold steps in his career, and his accessible way of taking on complex, challenging theological ideas has made a big difference for a lot of people. I’m also glad that he recently made public comments in support of marriage equality. It’s the timing of it all that bothers me.

Back when Bell’s book, Love Wins, came out, Bell got raked over the proverbial coals by fellow evangelicals for his arguably liberal stance on the afterlife and God’s judgment. Around the same time, he parted ways with Mars Hill – his church at the time – moved west and began reinventing himself. At a recent talk at San Francisco’s Grace Cathedral, he was asked about his stance on gay marriage, to which he offered this response:

I am for marriage. I am for fidelity. I am for love, whether it’s a man and woman, a woman and a woman, a man and a man. I think the ship has sailed and I think the church needs — I think this is the world we are living in and we need to affirm people wherever they are.

First of all, I applaud Bell’s candor. Despite the fact that many conservative evangelicals abandoned him after Love Wins, he still has a massive following and has much potentially to lose. That said, I’m frustrated that it’s taken this long for him to come to this position in a public way. Yes, he could have “evolved” on the matter as President Obama says he has, but based on my second-hand knowledge of Bell, I expect he’s felt this way for some time.

Of course there are plenty of detractors even now, but with nearly 60% of the American public in support of marriage equality, and with an overwhelming majority

of those under 35 showing their support, it’s hardly a game-changer to make such statements now.

I feel more or less the same about President Obama* and Hillary Clinton coming forward in support of marriage equality when they did. Again, I’m glad they did, but their timing leaves something to be desired. Clinton waited until she was no longer in public office to make her statement, and Obama is no longer facing another election, so suffice it to say they’re both in fairly comfortable positions when it comes to public opinion. But as I’ve written before, when a person of power and privilege takes a tough stand on matters of social justice, it means much more for them to do it when they risk losing much in the process.

I’m not calling on Rob Bell, Hillary Clinton and the President to be martyrs for marriage equality. But in waiting as all of them did until only recently, it suggests as an implied subtext that, yes, this was important. Just maybe 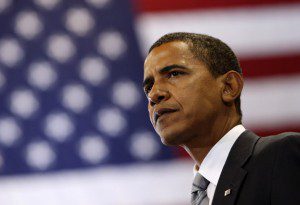 not as important as other personal endeavors first.  The Gospel call is to stand up and respond to perceived injustice as soon as you recognize it as such, not when it’s more personally, professionally or politically advantageous to do so.

As a side not, I still think that the whole same-sex marriage debate is misguided. If we were to divest the states of the power to marry, giving them only authority over civil unions, even a healthy cross-section of conservatives would support a move to include same-sex couples. Let churches and couples deem for themselves what marriage means and if they want to engage in a ritual to affirm that publicly. But rather than fight over the definition of what “marriage” means, I’m far more concerned about the ongoing denial of equal rights to millions in our midst in the meantime.

*A NOTE: After this was published, a reader sent a link to help clarify Obama’s position. Although he has not yet pursued or supported any legislation to this effect, President Obama did speak publicly in support of gay marriage in May, 2012.

March 18, 2013
Five Questions From the Steubenville Rape Case
Next Post