Does Postmodern Theology Risk Becoming What It “Hates?”

I’ve been getting ready to head out to speak at the Subverting the Norm conference this past week or so, and in preparing, I’ve been talking though my presentations with my wife, Amy. Basically, the conference is a dive into the roiling waters of postmodern theological thought, with the aim of addressing the question of whether such theology can exist within the structure of organized religion. I’m a big fan of much of what is being discussed by the forefront thinkers in this area (like Peter Rollins, John Caputo and others), such as critically examining what we believe about God and why. More to the point, perhaps, is the endeavor to free people from the damaging, or at least limiting, religious strictures and conscious constructs that they have built up around God and their faith.

I’m no postmodern theology expert, so I’ll leave it to the pros to explicate more about what’s what in postmodern thought.  But for me, the exciting work revolves around supplanting things like binary, propositional “truths” about God with more inductive, open-ended notions of the Divine that transcend religious doctrine or even our own mental constructs of God. This is both a necessary and a liberating process, I think, that indeed can lead the Church (big C Church, that is) toward something far more reconciling and healing for humanity than the modernist approach to faith we’ve employed for many decades now, if not some centuries.

It’s helpful to look back a little bit at where we’ve come from in our religious and theological evolution of thought and practice. At the risk of geeking out on something that puts everyone to sleep, I’ll try to make this quick and fairly painless. Interestingly, it can be argued that the more fundamentalist strain of Christianity can trace 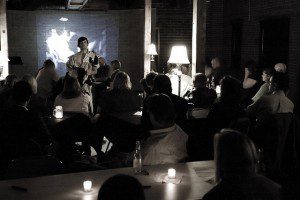 its origins back to the “liberal” thinking following the Enlightenment that suggested all things – faith, God and religious thought included – could be explained by rational means. This hyper-rationalism sought to build up rhetorical constructs that made a case for God, so to speak, as well as buttressing the doctrines of the Church.

But it also led to division, power struggles and the kind of other-izing that has opened the gate to religiously-fueled violence in the past. We may be a bit more subtle about it today than they were back during the Salem witch trials or the crusades, but the attempt to hyper-rationalize faith still leaves much human colateral damage in its wake. Just ask one of the millions who claim emotional abuse or neglect when a religious leader or even a family member placed their belief above the humanity of the “other.”

So in so much as postmodern theology seeks to depart from this destructive model of faith, I’m all for it. Deductive approaches to faith that require us to nail down truth (seems we have a history of doing that, don’t we?) have led to much damage on the personal level, while also splintering the Church Universal into a fragmented mess, rather than a dynamic and diverse organism which leaves room for a breadth of religious experience and thought.

The thing is, I have my own concerns that this movement risks becoming the kind of thing that it seeks to distance itself from. Whereas there’s a great potential benefit in challenging, or even actively deconstructing everything from our image of God to our notion of all things supernatural or miraculous, there’s also the risk that we end up embarking in our own sort of “scorched earth” theological crusade, intent on wringing all metaphysical thinking from the conversation and discounting anything beyond aesthetic experience and fundamental human morality.

This is a borad brush, I know, and this isn’t to say that the whole of the movement is becoming a sort of hyper-rational response to the byproduct of previous hyper-rationalism. But the seeds are there, as I’ve observed from time to time. Amy keenly observed that this, like many other movements within organized religion, seems to be dominated principally by Anglo males. Certainly there are other voices at the table, but just in browsing the roster of keynote speakers for this weekend’s event, half of the featured presenters appear to be white men. Amy supposed, without casting any particular judgment, if the predominance of male voices had some relationship to my perception that we risked sliding into this new iteration of hyper-rationality.

That one caught me off guard. But I think maybe she’s right. As she noted (recognizing these are generalizations that don’t always apply), in our experience, women tend to be more comfortable with mystery, open-endedness and more inductive thought processes, whereas men have a stronger tendency to pursue and define certainty, perhaps even at the risk of alternate perspectives or multiple coexistent truths.

This is why I’m particularly glad I’ve been asked to speak on the topic of theopoetics. Basically, this is a look at how art connects us to the longing for God we all possess in our capacities to experience beauty, love, conflict, justice and the like. Whereas we can argue the nature of God (or the lack of any defining “nature,” perhaps), an experience of deeply moving art in the moment can draw us outside of ourselves, cause a moment of reverent reflection and even a course correction in our future story.

Again, I’m not saying in broad, certain terms that portmodern theology is doomed to repeat the very patterns that gave rise to what it most ardently resists. But I see the potential, mainly because human beings are involved. It’s my hope, though, that alongside all of the heated, heady discussions that I’m sure will take place, we all will take the time and set some of ourselves aside to seek the ineffable, the transcendent and the profound in radically illogical ways. For the sake of this relatively new expression of theological thought, I expect it’s the only chance it has to truly find a home among more than a fe bookish God-nerds like myself.

April 4, 2013 Jimmy Carter vs. the SBC/Driscoll/Victoria's Secret: A Sea Change?
Recent Comments
6 Comments | Leave a Comment
"awesome."
Brandon Roberts Not “That Kind” of Christian
"nice article."
Brandon Roberts Talking Sex with Invisibilia’s Hanna Rosin
"Thanks for a fun romp. As a Presbyterian minister, I would have welcomed you gladly ..."
Zeigler John Leaving A-Holiness Behind
"Dear Sarah and Christian,I'm sorry for what has happened to you and your mother and ..."
Amazingaljicrowley3679 Letter From a “Demon Possessed” Woman
Browse Our Archives
get the latest from
Progressive Christian
Sign up for our newsletter
POPULAR AT PATHEOS Progressive Christian
1