It’s Not Fair! (Heretic’s Guide Sampler for Sun. May 5)

Gospel
John 14:23-29
Jesus speaking about his ascension to heaven to be with God.

(or) John 5:1-9
Jesus heals a man who has been waiting by the healing pool in Jerusalem for 38 years. He also does this on the Sabbath.

First Reading
Acts 16:9-15
Paul has a vision, and the disciples go to Macedonia, a Roman colony. They meet Lydia on the Sabbath and her family converts to Christianity. She invited them to stay in her home, “…if you have judged me to be faithful.”

Psalm
Psalm 67
Another Psalm of praise for how God has blessed humanity, and for judging them with “equity.”

Second Reading
Revelation 21:10, 22-22:5
A vision of the “new Jerusalem.” God is the new temple in the city and God’s light casts out all darkness. Only those whose names are written in the Book of Life can enter. A tree bears twelve kinds of fruit, and its leaves heal the nations.

Selah – A holy pause, noted in scripture, meant to instruct the reader to stop and allow space into which God’s spirit can enter.

Sabbath – A holy day of rest, which varies from culture to culture. Jews observe the Sabbath from sundown Friday to sundown Saturday. Most Christians consider Sunday to be our Sabbath day. It’s based in the story of the seven days of creation, when God rested on the seventh day after all things in the universe were made.

Light – God and Jesus are both referred to as light a lot in the Bible, but there are more light comparisons in John than most other books. This is, in large part, because the author of John was writing to the Gnostics, a non-Christian mystical sect, who believed that God was manifest in certain people through a “divine spark.”

Twelve – This number appears a lot in the Bible, often in reference to the “twelve nations.” These are the twelve tribes of Israel, led by the sons of Jacob, who had twelve sons. In the Old Testament, God tells Abraham (Jacob’s grandfather) that his descendents will give birth to the nations of the Jewish people.

Israel – Though this is the name of the Jewish nation in the Middle East, it is historically used to represent the whole of the Jewish people. Jacob also became known as “Israel,” which means, “persevere with God.”

This is only the first third of the study. The rest is housed on the Heretic’s Guide Premium Blog.

Read more and join the growing community of Holy Heretics by clicking the banner below: 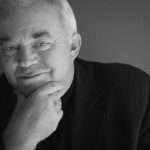