Is Bitcoin the one-world currency mentioned in the Book of Revelation? Are vegan strip clubs as good as advertised? Are Doritos Locos Tacos delicious? Is Amy Piatt having a bad week?

Find out, on this week’s episode of the CultureCast!

This is a different show than we’ve ever done. For one, we recorded outside. For two, I mostly edited the episode, which is why this show took so damn long to get out. It was a learning process.

Our guest is Christian’s grade school friend, professional hacker Mike Collins, who’s here to tell us about BitCoin, an entirely online currency that was just made up by a bunch of dudes. We also discuss a bunch of other stuff, including where progressive Christian thought is headed and if it’s at all relevant in a world where the center of Christianity is shifting toward the Eastern and Southern Hemispheres. This somehow devolved into me imagining a sci-fi scenario where there’s a statue of Christian Piatt in Tiananmen Square 140 years into the future.

Oh, and we talk about Dave Ramsey’s Financial Peace University, which we are all fans of. 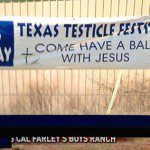