My Weirdest Interview Ever with Jim Wallis 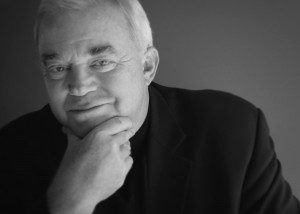 We started a new summer social justice lecture series at our church in downtown Portland this last Sunday. Despite some lingering anxieties from those less familiar with the platform, we endeavored to bring in Jim Wallis  via Skype as our keynote speaker for the week. As the resident person under 50 with quasi-hipster sensibilities,  I was given the responsibility of pulling the event together.

I met with our volunteer in charge of sound engineering earlier in the week to check out our connections and make sure that both the audio and video would work through the media systems in our gymnasium. As things tend to do, everything was seamless when there was nothing at stake but a simple rehearsal.  After that, all we could do was hope that the Internet gods would smile upon us come Sunday.

I called Jim up on Skype a few minutes before the event was about to start. It was clear from his reactions that he could hear me just fine, but the audio on our end was completely dead. He went about making adjustments on his end, trying to make sure that his microphone was active. But after a few minutes of fiddling in futility, he put in a call to his tech guru at Sojourners.

Never let it be said that I am never  prone to succumbing to stereotypes. Our shared assumption but the problem must’ve been on his end (given that he is older than I  and spends a lot less time in front of a computer) was off-base.  I had my audio input  set to work with a headset I was not using. And with a couple clicks of the mouse, the looks of relative panic on my associates’ faces a church were replaced with deep relief and we were underway.

For a minute at least.

Jim has been spending more time at home recovering from surgery, and since his wife, Joy, was out of town with his older son, he was home caring for their youngest.  Jim had set some hotdogs to cook on the stove before our call, but the technical issues got him distracted. About three minutes into our call, he for an audience of about 100 at my own church, the smoke alarm in his condo went off.

“Dad,” his son hollered. “The hot dogs are on fire!” Jim  graciously excused himself and  dispatched with their burning lunch, only to return to a smiling but understanding audience of parents and grandparents.  We got another question or two in before the doorbell rang. It was the fire department, responding to an alert automatically set out by the smoke alarm system. After assuring them neither he, his progeny or his domicile were currently in flames, he came back to the computer and we resumed once again.

For a minute at least.

The next time the doorbell rang, it was with much more urgency, followed by heavy knocks on the door. It was the police. Jim joked about never having been arrested mid-interview before, and that we might well be witnessing an exclusive first in his career. But fortunately, they too were responding to the hot dog emergency.

We finished the interview with no further complications, and although Jim was humbled by the litany of distractions, our folks seem to rather enjoy the unexpected entertainment. In one sense, it was kind of fun getting to see someone who is more or less a Christian celebrity in his more natural environment.

But after the event was over, it started to occur to me that the whole thing was actually my fault. If I had checked my audio settings before the interview, Jim would not forgotten about the hotdogs on the stove, the fire alarm would not have gone off in the police and fire department would not have been mobilized for an unnecessary rescue.  It’s kind of amazing, when you think about it, to realize that a minor technical glitch in my laptop in Portland, Oregon caused such chaos 3000 miles away. And most of those people involved will never have any idea who I am or what I did to change the course of their day.

So what does all of this have to do with theology? Not a whole hell of a lot. Mostly I just thought it was a funny story worth sharing. But it also is a useful  glimpse at the profound complexity and depth of the interconnectedness of our lives and how even the most minor actions or decisions have an impact we can hardly often imagine.

Talk about a call to mindfulness! And you can bet your ass that the next time I’m doing a live interview over my computer, I’ll be double checking my audio settings.

That, or I’ll at least make sure that my interviewee as an accidentally left any hotdogs on the stove. 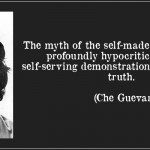 July 6, 2013 Re-Imagining Patriotism
Recent Comments
2 Comments | Leave a Comment
"Thanks for a fun romp. As a Presbyterian minister, I would have welcomed you gladly ..."
Zeigler John Leaving A-Holiness Behind
"Dear Sarah and Christian,I'm sorry for what has happened to you and your mother and ..."
Alejandro Restrepo Letter From a “Demon Possessed” Woman
"This blog is dated March 2016. It wasn't that good then and it's no better ..."
Bob Shiloh Five Ways “Representative Democracy” is Failing ..."
"sounds cool."
Brandon Roberts Untitled
Browse Our Archives
Follow Us!