Following is taken from my Heretic’s Guide to the Bible weekly lectionary study. To learn more, or to become part of the Heretic’s Guide Community, CLICK HERE, or on the banners above or below this post.

While Amy was in seminary, she and I worked together at a small church in Fort Worth. The church could not afford a full youth program by itself, and had no room in the small building where we worshiped. So, we ended up partnering with two other Disciples churches in town, pooling our resources, and meeting in the gym of the largest church.

Sometimes, we had as many as thirty kids come on Sunday evenings. When it was nice outside, we’d play games in the parking lot. Through the big, wrought iron fence, we began to notice children across the street, living in the apartments, who were curiously watching us. We agreed as a group to invite them to join us. We visited with the children’s parents, explained what our group was about, and invited their children over for food, games, music and Bible study.

A few came the first week. The next week, they brought their brothers and sisters. The following week, all of them brought their friends.  Within a couple months, we had as many as a hundred kids, teeming all over the gym. It was barely contained chaos at times, but it was joyful.

At first, our kids and “those kids” didn’t play together much. It was “us and them.” We decided to get them playing games to help them get to know each other. Soon, they realized some of the kids from the apartments enjoyed skateboarding and video games, just like them. Others loved sports, just like them.  They had families, pets, loved pizza and hated homework, just like them.

Over time, the differences that divided them gave way to the commonalities that united them.  Older women from the church started cooking dinner for them every week, and all of the kids started calling them “Grandma.” There were occasional scuffles, and prayers and study time were always wiggly, but we were growing, learning and having fun – together.

Then we got a call from the senior pastor of the church that hosted the youth group.

“We have some concerns about having those people coming over to the church,” he said. “Are they just eating and leaving?”

“What about fights?” he asked.

“There’s an occasional shouting match,” we said, “but it never gets out of control. They’re just learning how to be together as a group.”

“And the floors?” He continued, going through his mental list. “They bring their skateboards and dark soled shoes into the gym. They’re leaving marks on the floor.

“We’ll make sure they leave them in the hall,” we promised.

The pastor sighed. “I’m not sure this is working out.”

Within a few weeks the whole youth group was disbanded, and each church went back to doing their own “Ministry” with their own kids. The kids from the apartments went back to playing on their side of the street. Order was restored, but the joy was lost.

In this scripture from Luke, Jesus is embracing “Those people,” the ones of doubtful reputation, and asking us to ‘Rejoice with him.’ For they have turned to God. It would be easy for Jesus to look at all the tax collectors and sinners as “those people.” After all, there are plenty of other people who it would be easier for him to reach, right? Why make it harder than it has to be? Why bother with “those people?”

Because for Jesus, they all are his brothers and sisters. There are no people who are “those people” to him. Maybe good guys and bad guys aren’t as obvious as we would like to think. Maybe those who need finding aren’t as lost as those who think they’ve found all the answers. 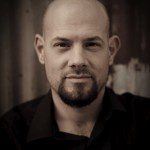 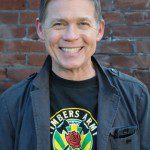