It’s Not As Bad (or Good) As You Think

The following is excerpted from my weekly Heretic’s Guide to the Bible study. To read more, CLICK HERE or on the banners above or below.

I recently attended a lecture by a sociologist who suggested that our tendency to see history as both linear and progressive is a symptom of our modernist western way of thinking. We tend always to presume that things will generally improve over time, and that we’re headed toward something better than the present offers us. This is very evident in the surveys conducted of Americans, who have been found to be some of the most optimistic people on the planet. It may not be a realistic conception of the future, but it’s also fueled innovation and ongoing investment at times, despite what seems to be common sense that should suggest quite the opposite.

And while we could debate night and day about whether this is a positive cultural trait, or if it simply is a byproduct of imperialist privilege (manifest destiny, will the future to be what you want it to be), it’s important to consider that not all cultures in all times have though this way about the world.

It would be easy to imagine that the people of Israel would get discouraged after so many centuries of captivity, liberation, and more captivity, as well as building up, only to get torn down, and then starting the cycle again. They keep building the temple up, and occupying forces knock it down. They live free for a while, and then they get exiled or imprisoned again.

Some cultures understand history to be more cyclical, rather than linear. And if you think about it, this is more consistent with the patterns we see in nature. Birth, growth, attrition, death, renewal…and the cycle starts again. This helps explain why, when things have been pretty crappy for the Israelites, the prophets offer a message of hope.

But then again, when things are going pretty well, Jesus reminds them that everything has its season. Don’t get too comfortable, too used to the good life. Enjoy it, yes, but also be realistic about what is to come.

For some, this would be an unnecessarily pessimistic, or even nihilist worldview. But in so much as we are called to be open to the wisdom of Paul, Jesus and the other prophets, we should recognize that this is not just an inevitable part of the culture in which they lived; it’s the example that we are called to live into.

November 10, 2013
Five Traits of a False Prophet
Next Post 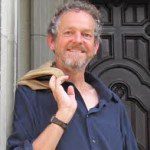