Five Things That Will Shock Our Grandkids About Us

Five Things That Will Shock Our Grandkids About Us January 2, 2014 Christian Piatt

I’m a big fan of the TV show Mad Men, which takes place in the midst of the Madison Avenue advertising agencies back in the ’60s and ’70s. Sure, I enjoy the drama and the “cool factor” of Don Draper and his cavalier ad team. But for me, the most fascinating part is all of the cultural norms of the time that seem fairly shocking now, only a few decades later.

Of course, there’s all the drinking and smoking in the office, but beyond that, the way that non-Anglo employees and the women in the workplace are treated would today be grounds for a lawsuit, if not public shaming for such brazen chauvinism. The thing that’s hard to remember is that, although we see such behavior as morally offensive today, it was simply normal back then.

It’s not unlike comparing how we read the story of Jesus and the Canaanite woman today with how folks would have understood it back then. To us, it seems like Jesus is, well, being kind of a jerk. He not only denies the outsider the help she seeks, but he also refers to her as a dog. Yet this would have been as normal in the culture of his day as someone’s throwing around the “N-word” a few decades ago, or asking any woman passing through the office to fetch you a cup of coffee.

“It’s strange to consider how profoundly these cultural norms change,” said my wife, Amy, after we watched a recent Mad Men episode. “It was just what everybody did in our grandparents’ day, and now it’s just hard to imagine.

“I wonder if there’s anything about our culture today that our grandkids will be shocked by,” she said. So this got me thinking.

Read the full article on Sojourners by CLICKING HERE. 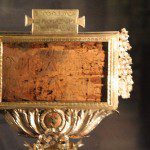 January 2, 2014
Titulus Crucis/Title of the Cross (Blood Doctrine, Chapter One)
Next Post 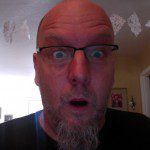