Is “Fifty Shades of Grey” a Step Backward for Feminism? 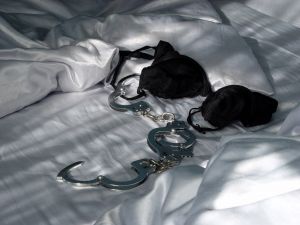 As a Christian, I do believe that sexual expression within a relationship should honor the fact that we’re all divinely inspired and created, though how that is defined and expressed is not necessarily our business. On a personal level, I find it hard to understand how acts that would be considered abusive in any other context is loving or honoring of ourselves or others. But that’s just me.

According to Rev. Dr. Susan Brooks Thistlewaite, Theology Professor at Chicago Theological Seminary, there’s a more specific concern at that fewer have acknowledged, specifically with regard to the normalization of eroticized abuse of women within popular culture.

Put another way: it’s one thing to engage in sadomasochistic sexual encounters; it’s another to consider such acts performed by a wealthy, powerful man against a quiet, less powerful woman to be public entertainment.

Thistlewaite writes in her forthcoming book, Women’s Bodies as Battlefields: Christian Theology and the Global War on Women (Palgrave Macmillan 2015), also noted in a recent article by her on The Huffington Post,  that “Eroticized violence in fiction, whether in films or novels, is treacherous because it promotes the idea that women desire to be treated violently. Violence against women then becomes part of the very construction of the nature of love and desire in societies, orchestrating the eroticizing of bodily pain itself and deadening the impulses to compassion and empathy.”

I’m posing this more as a rhetorical suggestion or as a question namely because I’m not settled on the answer. Moreover, as a privileged middle class straight white male, I’m not likely the world’s best authority on such issues. But as a husband of a powerful woman, and as a father to a girl who I hope can learn from her mother’s example, I’m concerned.

It’s not often that I ever come off as prudish, as I’m usually the one pressing the envelopes of propriety. But if people are going to go see this movie – and you can rest assured many will, regardless of reviews – we should do so fully aware of the implications such content has on us, our children and on society if it becomes normalized to the point that it’s assumed that this is a typical, healthy dimension of sexual intimacy.

(If you want to learn more about emerging protests against the yet-to-be-released movie, search the hashtags “#50ShadesIsAbuse” #50dollarsNot50Shades” (the latter being a call to donate to domestic violence nonprofits), or read more about the movie boycott in a recent TIME Magazine article.) 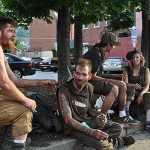 February 10, 2015
Learning to Love the Crust Punks and Society's "Other"
Next Post

February 12, 2015 We can’t allow Craig Hicks to be a scapegoat: Reflections about the Chapel Hill shooting
Recent Comments
11 Comments | Leave a Comment
"I believe taking calculated risk are super important. having the faith that it will work ..."
Sean Lewis 25 Christian Blogs You Should Be ..."
"Indeed it is a nice blog , here we represent Award9ja.com"
herald nigeria 25 Christian Blogs You Should Be ..."
"good article."
Brandon Roberts Religious Haters, Stunned Red-Staters and Pop ..."
"goodness, some pple shld just learn not to speak at all"
Xu Hongming Ten Cliches Christians Should Never Use
Browse Our Archives
Follow Us!