Three of the Most Dangerous Christian Words: “Do You Believe…” 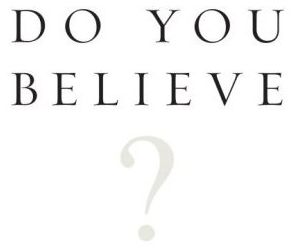 If you were ever baptized, think of the three words the pastor or priest likely said to you before performing the sacred act.

How about if you decided to join a church.

Or when you wanted to receive communion.

Or if you were confronted by another Christian about the strength or integrity of your faith.

All too often, the phrase offered by the “person in power” or “person of authority” will pose a questions to you that goes something like this:

Do you believe Jesus is the Christ, the Son of the Living God, do you believe he died for your sins and do you proclaim him as your personal Lord and Savior?

And has it ever occurred to you to think about what the reaction would be if you said no? Or even if you sad “I don’t know,” “perhaps,” or “let me think about it.”?

It may not be explicitly stated, but this “statement of belief” many of us have been on the receiving end of is a litmus test, a test of spiritual fitness to allow the holder of power – the gatekeeper – to deem if you’re worthy of the privilege or blessing they are imparting.

But it’s unfair. In fact, it’s not Christ-like.

For starters, we have to consider where the phrase has its roots. Not very long (in the context of 2000 years of history anyway) after Christianity was established as the state religion of the Roman Empire, the ones in power (both in government and the Church) recognized that their plan wasn’t working the way it was supposed to. The idea of the church-state marriage of convenience was to be of mutual benefit to both parties. But despite most people claiming Christianity at least in name, lots of different groups interpreted what it meant to be Christian in lots of different ways.

As I wrote in my book, postChristian: What’s left? Can we fix it? Do we care?, some early Christians believed in the physical resurrection, while others didn’t.

Some considered Jesus to be both human and divine; others only believed one or the other.

Some were monotheists; others believed in as many as 365 different gods.

The differences were many. And what the Powers that Be realized was that this was hard – if not impossible – to control. And what good is a state religion if it can’t be used to leverage power?

So the government and the Church came to an agreement of what it meant to be a “real Christian.” It is called, in retrospect, “proto-orthodoxy,” which means “original belief.” It was at this point that belief in the trinity, in the physical resurrection and the importance of monotheism took hold. All other beliefs were considered apostasy, and were grounds for expulsion from the empire or execution.

Not surprisingly, the threat of death or exile made proto-orthodoxy a pretty easy sell. And as for the dissenters, well…they weren’t heard from for long.

But why orthodoxy? Why focus simply on belief? For one, they couldn’t very well follow people around all day, making sure they acted Christ-like. And they certainly couldn’t give them a psycho-spiritual assessment to determine the nature of their heart. So the most obvious way to get people to fall into line was to establish orthodoxy and to require people to claim it as their own.

But this method of defining the fitness of Christians really stuck, well beyond the reign of the Roman empire. For one, it was efficient. Ask someone to proclaim their beliefs, and if they pass, they get the good stuff. If not, do not pass go.

In fact, it remains as the principal means of control for religious leaders in our contemporary culture. Why? Not because it’s modeled after the Greatest Commandment, or after the actions and words of Jesus when he met someone in need during his ministry. It remains because it keeps those in power where they are, and it gives them a simple tool to maintain order.

But that’s the kind of fear-mongering power play that Jesus confronted head-on.

When someone asked him for help, he didn’t first ask them what they believed, or to recite the Apostle’s Creed (which didn’t exist yet). He didn’t make them sign a statement of faith (most of the people around him couldn’t read anyway). He just helped them. If anything, he tended to say “your faith has made you well.”

He didn’t say “your faith in me has made you well.”

He just praised their faithfulness (ie: persisting or taking a risk to humble themselves before him and others, reaching out in an act of trust), he helped them, and then he urged them to go and help others.

It’s not that belief in itself is a bad thing. But how we use it, and the ultimate importance we give belief creates a lopsided, unhealthy (and arguable un-Christian) Christianity.

Think of Christian identity as a three-legged stool. One leg is orthodoxy (right belief). A second is orthopraxy (right actions). But third – and often neglected by many Christian individuals and organizations) is orthopathy. This means right-heartedness. For far too long, the orthodoxy leg has tried to hold up the stool on its own. And it just doesn’t work. Jesus even tried to tell the folks who were hung up on creeds and legalism. But it seems we’re bound to repeat mistakes if we don’t learn from them the first time around.

And as I note in my previous post about what Christianity can learn from Buddhism, the orientation of our hearts around the fundamental guiding principle of selfless, all-encompassing sacrificial love inevitably informs what we believe and how we act. This is why Jesus says that all other laws and commandments depend on how we love.

Said another way, once we all get a handle on the sacrificial, consuming state of love into which Jesus invites us, then lets talk about whether our beliefs and actions are behaving appropriately.

I’d bet anything that they do. In fact, I’m betting my life on it.

April 15, 2015
Five Things Christianity Can Learn From Buddhism
Next Post 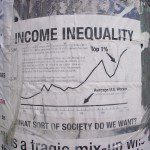