Do Buddhism and Quantum Theory Support the Idea of Original Sin?

Do Buddhism and Quantum Theory Support the Idea of Original Sin? May 8, 2015 Christian Piatt 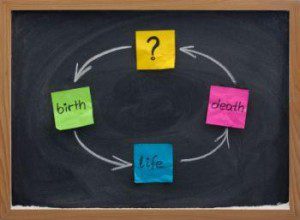 Generally, I’ve rejected the doctrine of Original Sin (the idea that we’re all burdened with the mark of sin passed down since the fall from Grace for which Adam and Eve were responsible), but believe it or not, it was a non-religious show on NPR that got me thinking about it again.

I was listening to radio show last night on philosophy (yes, I’m that nerdy) and they were talking about the philosophy behind the doctrine of reincarnation.  I was intrigued, especially since they weren’t taking a theological angle. And the deeper they got, the more interesting it became.

If you’re not familiar, the idea of reincarnation is one that, although embraced as a tenet of Buddhism, is claimed by others from various world religions. In a nutshell, it’s the belief that we have lived past lives, and based on how we live them, we come back again in the form of other lives in order to learn something, gain wisdom, etc, with the hope of ultimately achieving a state of nirvana. This is, in a lot of ways, comparable to the Christian idea of heaven, though that’s over-simplified.

For starters, I struggle with the whole reincarnation thing. If I’m supposed to learn from my past lives (and therefore my past mistakes), why can’t I remember them? On a more esoteric level, I tend to adhere to the idea that individual consciousness is a construct of the human brain that we need in order to function as a sentient being. So when we die, there’s really no need any more for the “self” to continue. In fact, I’ve supposed in earlier posts that we might rejoin some kind of “collective soul” after death, rather than maintaining some sense of individuality. After all, the separation of “self” from “other” is at the root of so much suffering, so it stands to reason that, in order for suffering to end, the separation of individuals from one another also has to end.

But these philosophy guys pointed out that it’s actually science – not philosophy or religion – that seems to open the door of possibility for such an idea as reincarnation. They pointed out that, within quantum theory, there are certain quantum “elements” (or maybe more accurately, quantum “events”) that may well be connected, though seemingly very far apart by our standards of space and time. So maybe the limitations of space-time we have (in vain) tried entirely to explain with both Newtonian physics and Einstein’s relativity theory are fabrications of human imagination that simply break down on both infinitely large and infinitely small scales.

And consider that, if consciousness – or even the human “soul” – aren’t bound by the properties of matter and time as we tend to understand them, why couldn’t they be some sort of connective tissue from one space-time event to another? And we still do embrace the Newtonian idea that matter and energy can’t be created or destroyed, so why wouldn’t this also apply to the potential endurance of human soul-consciousness over…God knows how far or how long?

From there, I got to thinking about this in my more Christian context. Generally, I have rejected the idea of Original Sin because it makes God seem like a real jerk. Even if you take the creation story of Adam and Eve from Genesis as myth (which I do), how does bearing the burden of the sins of those who preceded us work with the idea of a gracious, loving God?

But if we’re all connected, for good or bad (something I do wrestle with a lot), then why wouldn’t the mistakes of our predecessors be both a burden and an opportunity handed down over time? I mean, we realize that decisions made by those before us affect the economy, environment and socio-political landscapes we inherit. So in a sense that is the “burden of our fathers and our fathers’ fathers.” Right?

But more than that, what if I’m Adam, in a way? I don’t mean I was a guy running around in a garden with a fig leaf strapped to my junk. But what if I am – what if we all are – in some way the manifestation of some consciousness still trying to work through some Gordian Knot of selfhood that isn’t necessarily bound by the space-time that we tend to think defines our experience of life?  What if the mistakes (read: sins) of those from other times and places do continue to try and work themselves out and through us? Isn’t that sort of what we’re talking about when we pray, from the Lord’s Prayer:

Thy Kingdom come, Thy will be done, on earth as it is in heaven.

If God places that invocation of the Kingdom in our midst in our hands (a notion of God’s willing ‘weakness” or vulnerability that I relate to), wouldn’t we have already achieved it, were it not for some collective need to work through the sins in both our individual and collective past and present?

I’m not ready to sign on the doctrinal dotted line, but it got me thinking. And now, hopefully it’s got you pondering along with me. You’re welcome or my apologies, depending on your propensity for nerdy navel-gazing. 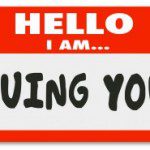 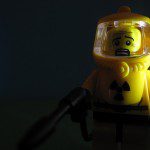 May 11, 2015 Something to Like, Believe and FEAR (CultureCast LIVE, Pt. 2 of 2)
Recent Comments
177 Comments | Leave a Comment
"nice article."
Brandon Roberts Talking Sex with Invisibilia’s Hanna Rosin
"Thanks for a fun romp. As a Presbyterian minister, I would have welcomed you gladly ..."
Zeigler John Leaving A-Holiness Behind
"Dear Sarah and Christian,I'm sorry for what has happened to you and your mother and ..."
Alejandro Restrepo Letter From a “Demon Possessed” Woman
"This blog is dated March 2016. It wasn't that good then and it's no better ..."
Bob Shiloh Five Ways “Representative Democracy” is Failing ..."
Browse Our Archives
get the latest from
Progressive Christian
Sign up for our newsletter
POPULAR AT PATHEOS Progressive Christian
1

Will The Church Survive The Covid-19...
The Thoughtful Pastor
Related posts from Christian Piatt