Sophia Rising: A Revolution of Strong Women is Coming

We’re witnessing what I see as the beginning of a feminine revolution in the United States. And it could change everything.

There are some more obvious indicators of strength, like the fact that one of the strongest contenders in the 2016 presidential race is Hillary Clinton. But there’s much more going on than that if we look just a little bit deeper. In the political realm, we also have Elizabeth Warren, who recently made the cover of TIME Magazine for her likely influence in the election cycle. And she’s not even running. She’s seen, in many respects, as the necessary King/Queenmaker in the democratic party to have on one’s side going forward.

It’s evident in other areas of the culture too. Comedian Amy Schumer is dominating magazine covers and the small screen as a force to reckon with, while Melissa McCarthy rakes in tens of millions at the box office. An female,driven comedy has been leading in this direction for some time, with the likes of Wanda Sykes, Sarah Silverman and Julia Louis-Dreyfuss taking the reins with bold, original, provocative material.

Even women nerds are ruling the day. Mission Operations Manager for the New Horizons journey to Pluto offered her gratitude and excitement about the success of such an unlikely three-billion-mile trek. And interestingly, one of the first things she did was direct attention and praise away from herself and toward her team.

I was excited to have the opportunity to sit down with my six-year-old daughter, Zoe, to watch the recent women’s World Cup final. In the moment, I love celebrating with her the efforts and teamwork of a group of strong, determined women. Afterward I was pleasantly surprised to find out that the final eclipsed the ratings for all other previous World Cup finals: for men or women.

Mind you, the system is far from equitable. Never mind that the U.S. team broke scoring and viewer ratings; they still got paid less than one-tenth what their male counterparts did for winning in their league. Silver screen star Jennifer Lawrence and other actresses have spoken out recently about getting paid less than their male counterparts, even in the same movie. And while such gaps still exist, the women affected are naming it. And people are paying attention.

Within the Church, women may well be the single saving grace for institutional religion. For some time, there have been significantly more women enrolled in seminary than men, and the proportion of women leading churches is growing every year. With them, many bring an alternative perspective and leadership style that can lend more of a collective vision and cohesive community identity. This stands in stark contrast to the typical top-down, leader-centric model ushered in by so many male pastors.

One has to wonder how long it will be before more evangelical churches will recognize this and loosen their grip on the patriarchy that has maintained such firm control over their organizations, especially if the options are to change or die.

So what does all of this mean? Clearly there’s a shift in social awareness happening, while we also are witnessing the debunking of some long-held myths (people don’t buy tickets to movies with female leads; women can’t be successful in entertainment without selling sex; men will leave churches in droves if women take the helm) that have made the road more difficult. But there’s also a simple matter of economics, and when money moves, people pay attention, gender aside.

Taylor Swift is one of the top earning musicians in the world.

Kacey Musgraves is winning awards for her talent and garnering massive critical attention for shifting the assumptions about who performs, and listens to, country music.

J.K. Rowling is the bestselling author of the decade.

Perhaps it’s cynical, but though we claim to long for justice, the dollars and cents are more likely to move the gender conversation along than our hunger for parity. Whatever the cause, though, it makes me excited to be the parent of a young girl in a time when she may well come to believe, on an internal level, that she really can do anything she imagines. 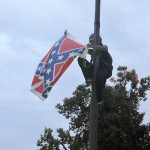 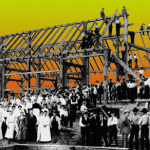 July 16, 2015 Five Reasons We Still Need Intentional Community (Regardless of Your Faith)
Recent Comments
0 | Leave a Comment
Browse Our Archives
Follow Us!