Does a Doctrine of Hell Justify Killing Children? 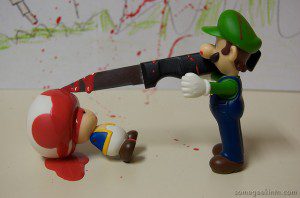 I’ve written a great deal about hell. I even debated a theology professor from Western Seminary about the existence of hell and whether we can reconcile such a concept with a loving and merciful God. Our understanding of God’s involvement in the world, as well as God’s so-called “plan” for us after we die, raises so many interesting questions and conundrums that some people dedicate entire careers to exploring it.

But for the most part we don’t spend a lot of time thinking about it all, and what it means for life today. Generally, we assume that all (or at least most) Christians believe that there’s both a heaven and a hell, and that unless you get “saved,” which is defined differently depending on who you ask, you can’t go to heaven when you die. You go to hell instead. Forever.

Many of us don’t spend much time or energy thinking about what this means with respect to God. For me, it seems that the potential for us to be able to go to hell for all time for something we did in this life sets up one of three explanations about the nature of God:

It also creates a terrible conundrum about humanity. Recently, I wrote an article about the pro life/pro choice debate, and a commenter posed a question worth considering:

…if the doctrine of the age of accountability is true and most Christians seem to think that it is, (here’s the question) Hasn’t abortion guaranteed that more people will go to heaven than the church has?

To explain, the doctrine of accountability he’s referring to is the idea that sins don’t actually stay on your “permanent record” until you reach what is called the age of accountability. Some churches believe this is a specific age, so you’d better get all your naughties out before then. But others say it’s simply the point at which you know you’re doing wrong versus acting out of ignorance. This along raises problems, like whether a sin is a sin if you acted out of ignorance at the time, but maybe realized later it was wrong, or if you never realize it but did harm to someone else. But let’s just hang onto the idea of the age of accountability idea as it is for now.

Philosophers and theologians have played with (and argued about) this idea for centuries. Rob Bell even poses the absurd but natural question in his book, Love Wins, that emerges from this belief system. So even if we don’t argue the theological morality of abortion, the question still remains if the only truly merciful thing to do is to murder our children before they reach the age of accountability to ensure they spend eternity in heaven. After all, we’re taught in many, many churches that the afterlife is far more important than our physical, earthly life. So if we really believe this, why aren’t we doing it?

For the most part it’s for one of two reasons: either we preach it but don’t truly believe it, or our theological life is shallow enough that we just don’t work hard enough to wrestle with such problems.

When people ask me why I’m a universalist, or why I don’t believe that hell exists as some existential place where souls go to suffer, it’s because such conundrums dissolve in the face of universalism. If you believe in (or at least hope for) a God that is pure, unadulterated love, grace and mercy (as I do), then a universalist theology seems the only  reasonable conclusion. 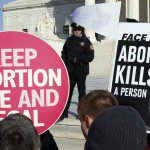 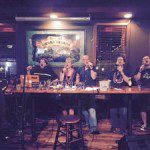