Welcome to the Christians for Bernie blog!

Now, immediately some of you may be wondering, “Why Christians for Bernie?” Why would Christians in particular be drawn to a Jewish socialist whose personal religious views don’t fall neatly into any of the conventional institutional options? Well, besides the obvious similarity between that description and a certain first-century Jewish carpenter, allow me to highlight five other reasons American Christians should support Bernie Sanders for president this election season:

1. Bernie’s platform is about helping the “least of these.”

In Luke 4 Jesus defined the gospel as good news for the poor and liberation for the oppressed, and in Matthew 25 he told us that whatever we do for the “least of these,” i.e. those in need who are overlooked or ignored by our society, we are doing for him. By these standards, it is fair to argue that Bernie’s platform – centered around policies that would help ordinary Americans, and especially the poor and marginalized, rather than those already rich and powerful – is the most Christian of any of the candidates.

2. God is not a Republican, or a Democrat, and neither is Bernie Sanders.

Christians disillusioned by the marriage of the Religious Right to the Republican Party are often reluctant merely to wed themselves to Democratic Party instead. Fortunately, Bernie shares that reluctance. Only just joining the Democratic Party last April, he had previously been the longest-serving independent in congressional history. Like many of us, he realizes that too often both parties are more interested in preserving their own power than with actually serving the American people. But having kept his distance from the party establishment means that Bernie is now more free to stand on conviction, to do what is right and just, not what will appease wealthy donors and party bosses. Which leads us to the next point…

3. Bernie Sanders is a man of conviction and integrity.

While critics of former Secretary Clinton have legitimately wondered #WhichHillary we will be getting, considering how often she has shifted positions based on political expediency, no one can accuse Bernie of waffling on what he knew was right. For over three decades he has stood by his convictions – for civil rights, campaign finance reform, and an effective social safety net, and against American militarism, racial discrimination, and rising income inequality – no matter which way the political winds were blowing at the time. In Bernie’s own words “Leadership is doing the RIGHT thing NOW, even if it’s unpopular.” That kind of integrity is something that anyone, and especially Christians, ought to admire.

4. Bernie is trying to restore democracy to the American people.

Jesus said that it was the way of the world to hoard power and wealth, but that his followers should seek instead to be generous servants of all. And yet in America today, political and economic power has been increasingly consolidated into the hands of just a very few. Wall Street controls Washington, and Washington passes policies that overwhelmingly benefit the 1% at the expense of all the rest of us. Bernie is the only candidate who truly seems troubled by this reality, and he has built his message around dismantling this system and giving that hoarded power back to We the People rather than cozying up to the moneyed interests. Which leads to the final point…

Christians should support Bernie Sanders not because he is an ideal candidate in every respect (as if such a thing could exist), or because electing him will magically solve all of our problems. He is no messiah, and we are not expecting him to be. Rather, we should support him because he represents a movement much larger than himself, a movement to unite the marginalized and ignored elements of American society –the working class, immigrants, women, persons of color, sexual minorities, and so many others – in resistance to a system that seeks to disenfranchise and dehumanize and divide us instead. This movement began long before Bernie started running, and will continue no matter what happens in the election, so long as people of faith, and all people of good will, continue to fight for the principle that we are all created equally in the image of God.  But right now, with Bernie, we have a chance to vote for a candidate who will actually fight alongside us, rather than being forced to wait through another 4 or 8 years of the status quo (or worse). That, to me, is too hopeful of an opportunity to pass up. I hope you’ll join us too!

May 23, 2016
Dr. Rita Nakashima Brock on Bernie Sanders and the Democratic Party
Next Post 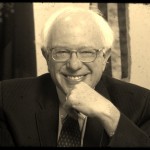 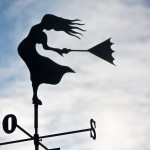 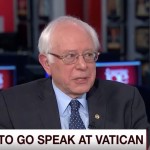 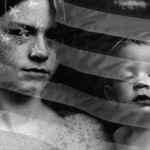