Gas Prices: What Would Jesus Pay? 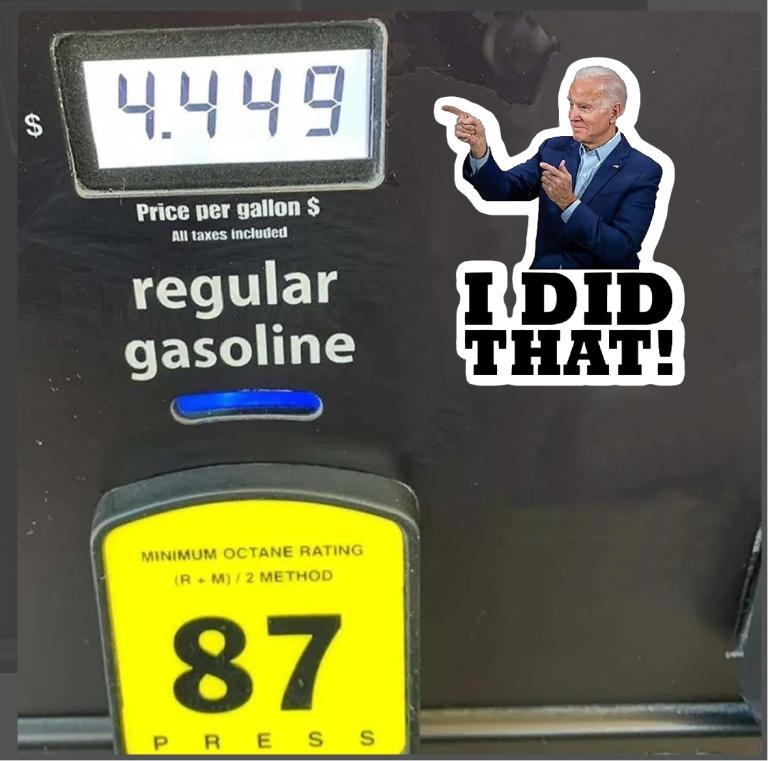 Many of my conservative Christian friends have been having a field day on social media lately with the rising cost of gasoline. Not surprisingly, they are using the inflation, particularly at the gas pumps, as an opportunity to point fingers at President Biden. I’ve tried to respectfully point out that, while there may well be things that Biden deserves criticism for, the price of gas really isn’t one of them. As you might expect, they don’t seem to want to hear that. But as my conservative Christian friends continue to build their straw man case against Biden for the price of gasoline, I went out into the interwebs and did some research. My findings were eye-opening. First, it seems that, as with most things, we don’t have it so bad here in the U.S. when we compare ourselves to the rest of the developed world. Secondly, when we look at the cold hard facts, we can easily see where we should really be pointing the finger of blame. My conservative Christian friends don’t want to hear about how Putin is to blame—even though his unprovoked war on Ukraine certainly was the immediate catalyst for the surging gas prices—and my research tends to steer me towards agreeing with them on that point…to an extent. However, my friends on the Right likely won’t like my findings about who to really blame any better than if I were to lay it all at the feet Putin.

Let’s look at some of the most recent data.

As of last week, the average price for a gallon of regular unleaded gas in the United States was $4.31. That’s high, no doubt about it. But we pay, on average, more than 50 cents less per gallon than the current worldwide average.

Check out these charts of the 10 nations with the current highest average prices for a gallon of gasoline.

Many of the nations of Europe are paying more than twice what we Americans are paying for a gallon of gasoline. In Hong Kong, they are approaching $11.00 per gallon!

I would ask my conservative Christian friends who are currently pointing the finger of blame at the American president if they consider Mr. Biden responsible for the price of gas in all of those other countries, too. It seems to me that our gas prices are, comparatively speaking, well under control.

Some of my friends on the Right may correctly point out that the average citizen of those European nations doesn’t use nearly as much gasoline as the average American. They ride trains everywhere, I’ve been told. The gas prices don’t affect them as much as us. To that I say, correct! That’s a very astute observation. Yet, even as the Bible calls upon us to be good stewards of the earth, my conservative Christian friends continually vote for politicians who are in the pockets of the big oil companies. Every time someone proposes that we invest in mass transit, such as high-speed light rail, to better connect our vast nation and greatly reduce our oil consumption, the Right throws a fit, saying “there go the ‘demoncrats’ trying to spend all our money on fantasies again.” (Demoncrats, by the way, is a fun little nickname I see my conservative Christians use all the time on social media. Maybe they found that term in one of the Gospels alongside “Let’s go Brandon”—but I digress)

Some of my conservative Christian friends might want to jump in at this point and stop me—but wait, I don’t have anything against mass transit…I think it would be neat to hop on a light rail train and travel the country. To that I’d say, that’s all well and good, but the people you keep voting for will do everything in their power to keep that from ever happening. They want you to buy as much gas as you possibly can. See, the way you vote has consequences far beyond those faith-based issues that you cling to for dear life. The people who are holding your vote hostage over issues like women’s rights are also being held hostage by the big oil companies.

If you want to point the blame at anyone for the soaring price of gas, point it at the oil companies and the politicians you support who have sold their souls to Exxon/Mobile, Chevron, Phillips 66, et al. Why, with the world teetering on the brink of World War III, would anyone be just fine with oil companies posting record profits—unless they stood to profit, too? Get this, the price of oil has gone DOWN dramatically in the last couple weeks. From the record high of $130 per barrel down to $95.50 per barrel. That’s nearly a 30% decrease. Yet, over the last two weeks, the average cost of a gallon of gasoline has gone up by 71 cents per gallon! There’s only one explanation for that—GREED. And you can bet your sweet bippy that many of those politicians you support, conservative Christian friends, stand to rake in big profits, too. And last time I checked, greed was one of the sins that Jesus spent the most time teaching about and warning against.

You have every right, conservative Christian friend, to continue to support whichever politicians you wish, of course. You’re still free to continue to call people like me Demoncrats for voting for politicians who support women’s rights to their own bodies or who work to maintain the wall of separation between church and state. Years ago, I made the choice as a Christian to use my vote in a way that I think best helps the least of these, my brethren. I understand that in doing so, I might also be supporting people who are not professed Christians and I decided that doesn’t bother me at all. Perhaps that bothers you so much that you simply can’t join me, and that’s fine, but if you want to be taken seriously, you also need to own the fact that the people you vote for, while they may check a couple boxes high on your Christian priority list, are also pushing agendas that would, without a doubt, make Jesus Christ knock some tables over in the temple.

March 15, 2022
Jesus Was a Social Deviant: A Brief History of WASP-y Assimilation in America.
Next Post 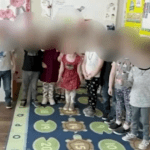 March 24, 2022 Christian Pre-School Teacher Leads 4-Year-Olds in Anti-Biden Chant
Recent Comments
0 | Leave a Comment
"Beyond opinion, ideology, and hyperbole, in the excerpt of Locke's message I count five statements ..."
David N. Gray Can a Democrat Be a Christian?
"There is also the corollary question that havent asked yet, but that they will ask ..."
Raymond Can a Democrat Be a Christian?
"good article overturning roe v wade will not stop people from getting abortions it will ..."
Brandon Roberts Abortion Ban Questions Christians Should Ask ..."
"Churches are shrinking like the polar ice caps, they have delusions of relevance."
Nixon is Lord Jesus and Elon Musk: America’s Income ..."
Browse Our Archives
Related posts from Empathy Mining