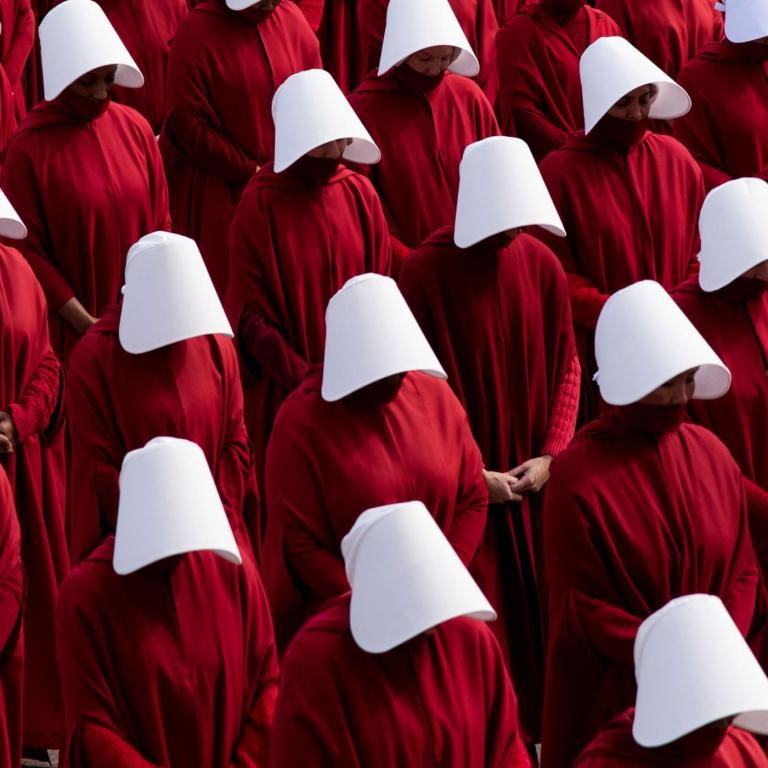 There’s an old story that is often used to show how easily we can adjust to things that are slowly doing us harm. The story goes that if you place a frog in a room temperature pot of water and then place the pot on the stove and turn up the heat, little by little, the frog will not notice the change until he’s been boiled alive. Scientifically speaking, that story is rubbish, frogs do notice when the water gets too hot, and they jump out. But as an allegory, the frog in the pot story does serve a purpose. Lately, I’ve been feeling like that frog in the hot water, and I see a lot of other frogs all around me in a similar condition.

There are so many examples of issues about which I’ve become numb. We often get worn down like sandstone cliffs eroded away by the constant pressure of a river. One such example for me is the Russian invasion of Ukraine. For the first couple weeks of that event, I thought about it off and on throughout the day. I would frequently check the internet while at work to see if there was any breaking news from there. I would go home and immediately turn on CNN and catch up on the latest. I was deeply concerned. But the river kept coming and my sandstone cliffs kept eroding away. Now we are approaching the 3rd month of the invasion and I sometimes go days without giving it a thought. That concerns me.

This phenomenon is known as dissociation. Long term exposure to unpleasant things tend to make us dissociate ourselves from them. It’s a defense mechanism. In one sense, dissociation could be seen as a good thing for our mental health. It can keep us from dwelling on negative things to the point where it might otherwise harm the quality of our lives. But on another level, it’s a much more sinister thing. After all, people in power with malicious motives count on dissociation in order to carry out their plans. Mass dissociation is what allows for people like Adolf Hitler. Keep the trains running on time and we’ll mind our own business. I dare say that it was a kind of mass dissociation from conservative Christians that allowed for Donald Trump to rise to power. He pushed a few key buttons to keep them satisfied enough to ignore or deny a multitude of the most un-Christian polices and actions and, for far too many, he is still doing it.

The latest wave that threatens to erode us into dissociation is the mounting attack on women. The powers that be on the far right are becoming more and more aggressive in their attempts to maintain their privileged status. When the writings of Supreme Court Justice Alito were leaked, giving rise to the fears that Roe v. Wade may soon be overturned, he revealed some truly terrifying things that make up the scaffolding of his thinking. In the leaked documents, Justice Alito cited a man called Sir Matthew Hale. I stumbled across a series of tweets on Twitter from a professor of women and gender studies of the early modern era (1500-1700), which would give her at least a degree of expertise on Sir Matthew Hale. What follows are some of the things she had to say about this person whom Justice Alito so admires.

“Sir Matthew Hale was a huge advocate for marital rape. Like many early modern men, he believed that women’s bodies belonged to men, first their father when they were born and then their husband when they were married. Women were not seen as autonomous beings. Early modern law was based on a combination of Roman law, common law, and biblical law. There wasn’t a separation of church and state. The 1632 manual of The Lawes Resolutions of Women’s Rights, for instance, cited the Bible as the basis of a lot of laws pertaining to women. Hale, just like a lot of Christian extremists today, believed that women were made from Adam’s rib, so God did not make her as an autonomous being with rights. She was a physical extension of his body, made to be his helper, mainly existing to help him to whatever he wants. The writings of the apostle Paul were also used as a basis of law during Hale’s life. The man was ‘the head of the woman,’ and it was inarguable to suggest otherwise. Many Christian sects still quote this passage as a basis for patriarchal rule in the home and in the church. Hale, therefore, wrote in his posthumously published book, “Historia Placitorum Coronae” (1713) that marital rape was totally legal. In fact, because a man owned a woman’s body as it was an extension of his own to do whatever with he willed, he was incapable of marital rape. The logic was that you can’t rape something that isn’t considered an independent human being. Your wife’s body is yours and you can’t rape yourself. This is the logic Justice Alito is upholding when he invokes Sir Matthew Hale. But it gets worse. Let’s say a woman vocalized her opinion and it ran contrary to her husband’s. She didn’t want sex. Hale believed that this put her in violation of her marital vows. She was literally breaking the law. Women who denied men sex needed to be punished. There was a whole set of laws at the time specifically on the punishment of women who spoke up against the men in their lives. They didn’t have the legal authority to say no to sex because they were not legally independent human beings.”

This is the stuff that inspires one of our Supreme Court Justices?

When I first watched the Handmaid’s Tale series, I thought it to be a chilling tale too far-fetched to be applied as a harbinger or a warning. Now I’m beginning to think it’s not far-fetched at all. I pray that good people of all faiths will resist our natural tendency toward dissociation as we stand with women in this coming fight. 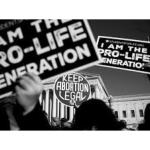 May 4, 2022
Abortion Ban Questions Christians Should Ask Themselves
Next Post

May 19, 2022 Can a Democrat Be a Christian?
Recent Comments
0 | Leave a Comment
Browse Our Archives
Related posts from Empathy Mining