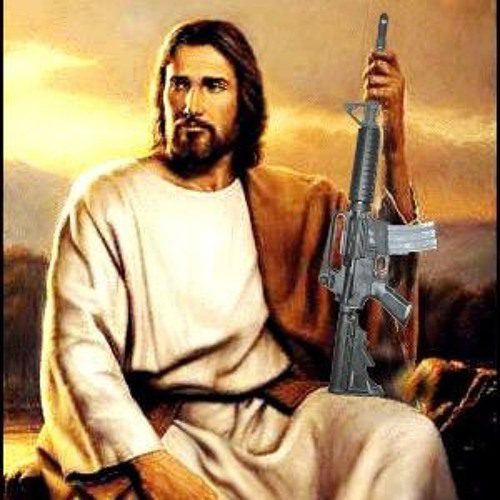 Before I begin, let me give you a little personal background on myself. I am a gun owner. I own three shotguns, two rifles, one muzzleloader, and one handgun. I used to be a member of the National Rifle Association. At one point, I was an avid deer hunter, turkey hunter, and outdoorsman in general. I also used to think that to vote for a Democrat would be a vote that would endanger my right to own the guns I have. By now,  you probably sense a “but” coming…so here it comes…BUT I’VE GROWN. While I still own all those guns, I now distance myself as far as possible from the NRA. I also have moved much farther left on the political spectrum and now find it a real challenge to find Republican candidates that I feel comfortable voting for…I’m still open to that, but it’s getting harder. You see, none of the guns I own—none of them—are capable of shooting more than six shots without having to be reloaded. That is a VERY crucial point in the gun control argument. To my way of thinking, it is the ONLY point worth attacking in the gun control argument. The insight I am about to share, I believe, makes it PERFECTLY CLEAR that it would be the way that EACH and EVERY founding father would have agreed with. Please read on and if you feel that I am in error, please feel free to set me straight in the comments section.

I believe in the right of the individual citizen of the United States to own guns. There are many perfectly sane reasons for owning a gun. Hunting, shooting sports, protection, and just because it’s our right. I get that. What I don’t get is this infatuation with AR-15 style weapons. All the other types of guns I listed have legitimate purposes that are, in my view, protected by the 2nd Amendment…to a point. That is a very important point. The main difference between hunting, recreational, and self-protection guns and handguns is the capacity of the rate of fire. The AR-15, the model of gun that is responsible for the lion’s share of mass shootings in the U.S., is capable of shooting many hundreds of rounds of ammunition in the space of one minute. Let that sink in…

Hundreds of rounds per minute…

That was never, NEVER, NEVER EVER, on the table when the founding fathers wrote the 2nd Amendment!

At best, if I were to load up all my guns (see the list I just posted above)…ALL of them, I could probably fire AT MOST 30 to 40 shots in a minute. And that would require incredible dexterity on my part, juggling seven different guns. In a real-time active shooter situation, I wouldn’t be able to shoot a whole bunch of people before someone took me out. That’s just a fact. It can’t be argued.

By contrast, a single gunman with a single AR-15, or similar weapon, could take out dozens of people before anyone knew what was going on. That’s just a fact. It can’t be argued.

I have more than enough guns. I can protect my home and put meat on my table and have a blast shooting targets to my heart’s content. What I can’t do with my personal arsenal is go on a quick and efficient killing spree. I’m totally fine with that.

Whenever the 2nd Amendment is debated, two passages are always at the forefront of the debate…”militia” and “shall not be infringed.”

Some of my fellow progressives focus too much on the word “militia,” in my opinion. They look at that word and take it to its most literal interpretation, that it means some sort of formal, or semi-formal private military unit. I have never seen it that way. I have always taken it more loosely than that. I believe that we individual citizens do indeed make up a modern militia. I believe that we do have the right to own weapons to protect our family and property.

Some of my right-wing friends, I believe, focus too much on the “shall not be infringed” phrasing. They often take that to mean that there is no such thing as a constitutional limit to any kind of weapon. They truly feel that it is proper and necessary for individual citizens to have legal access to any and all forms of firearm or weaponry.

But there is a key word in the 2nd Amendment that I think gets lost in the debate way too often. That word is “regulated.” I looked up the definition of “regulate” in the dictionary and it pretty much makes my point here for me. Here is the definition of regulate…

Ladies and gentlemen, I submit this as a clear road to a mandate to control the rate of fire of weapons that are legal to own for the general public. I think it is clear.

At the time the 2nd Amendment was written, not only did we not have multi-fire guns—every gun was a single-shot weapon that had to be reloaded each time it was fired—we didn’t even have cone shaped bullets (we had round musket balls). The accuracy of a weapon in the 1790s was unreliable outside of 50 yards and the rate of fire was 3 to 4 shots per minute MAXIMUM!

There is one reason why guns such as the AR-15 exist. That reason is to kill a whole bunch of people in a short amount of time. That’s it.

I come from a hunting background, and I can tell you a fact about the hunting community that might come as a surprise to you. Within the hunting world, there is often division between those who use “modern” weapons and those who use “primitive” weapons. Hunters who prefer to use high-powered rifles to take game are sometimes looked down upon by hunters who prefer to use more primitive weapons like single-shot muzzleloaders or archery equipment. I can tell you from first-hand experience that it causes a great deal of divisiveness within the hunting community. Yet, when it comes to gun control, those hunters who look down on people who choose to use the most efficient killing tool for taking big game are the very same people who scream for the rights of people to own the rapid-fire death spraying machines such as the AR-15 for ordinary citizens. It seems that a lot of hunters are for strict gun control when it comes to hunting animals but don’t want any restrictions for hunting humans.

My biggest concern in all of this is that SO MANY of these people I’m talking about are self-professed Christians. I know many of them intimately and they are truly beautiful people who are the salt of the earth. But they have bought so heavily into the conservative Christian political narrative that they have become blinded to the damage their voting does. 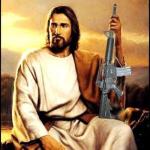