Does Excommunication Make Any Sense? 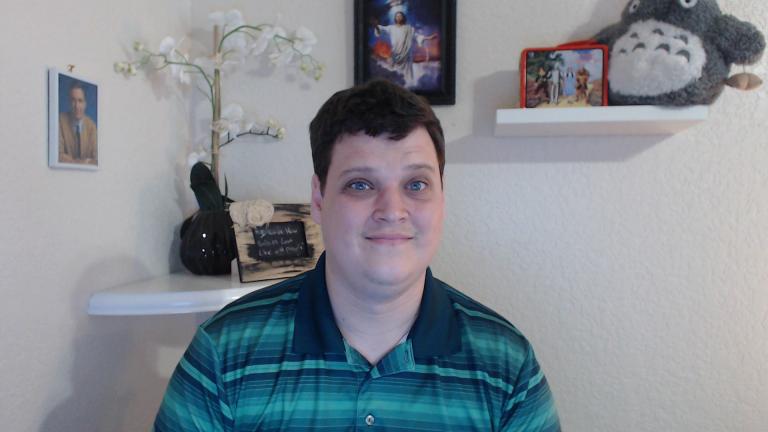 This weekend some numbers from the upcoming “Next Mormons Survey” broke suggesting large numbers of Latter-day Saints are bothered by high profile excommunications.

Being Troubled By Excommunication Makes Sense

The vast majority of excommunications happen for pretty ugly behaviors. These tend not to be advertised. And they don’t generate much outrage or troubled feelings.

The “high profile” excommunications, on the other hand, are people who first appeared in public because they were criticizing the church.

These aren’t adulterers, or predators, or criminals. These are people who talked, and at some point, you may have even nodded along.

These are all reasonable concerns. So I understand why so many might describe themselves as troubled.

The word “excommunication” does not appear anywhere in the New Testament. And the word is weighed down with the baggage of religious debates about whether or not excommunication should include shunning.

The word “ex” “communication” comes from roots meaning that they should no longer participate in the sacraments of the religion. But combined with the shunning baggage, the word suggests that we should no longer communicate with that person.

But this is simply not the reality in the Church of Jesus Christ. Those who are excommunicated are welcome in our homes, buildings, meetings.

And a significant number of those who are excommunicated rejoin the church.

So if excommunication isn’t the right word, what is?

What Does Excommunication Do?

Like all people, Latter-day Saints are complex multi-faceted individuals who are trying to make sense of the various conflicting parts of their identity. When we have behaviors that don’t align with our faith, repentance is the process for reconciliation of those disparate parts of ourselves.

If we’re being honest with ourselves, there are likely places in each of our lives where we have used rationalization rather than repentance to make sense of our complicated lives.

Church discipline is, in essence, the process of convincing someone that in this case, their rationalizations do not work. There is some specific behavior that they must repent of rather than rationalize away. Each step of the process sends the message “this is not okay,” with the hope that the message gets through. At any point, a participant can effectively end the process by expressing remorse, and beginning the repentance process.

Excommunication is as far as the Church can go in trying to get that message through. And for a surprising number of people, it works, and they eventually return to the Church.

Excommunication Isn’t What Jesus Would Do

Others are uncomfortable with excommunication, even though they agree with the underlying purpose, but because they feel that it is a step too far. That the Savior acted in kindness and love, and that while some may protest otherwise, excommunication is about ends.

In fact, fellow Latter-day Saint Patheos blogger, Natasha Helfer Parker, said that excommunication is, “a spiritually violent, unnecessary act that does not represent the beautiful ministering messages we can read from Jesus Christ.” Dan Peterson goes into depth on her quote.

But suffice it is to say here that not only is excommunication Christ-like, it was his idea. In Matthew 18, Jesus instructed that if someone trespassed against other members of the Church, and the offender would not listen to the Church that they should be treated like a “heathen,” which in this instance simply meant someone who was not a member of the Church. 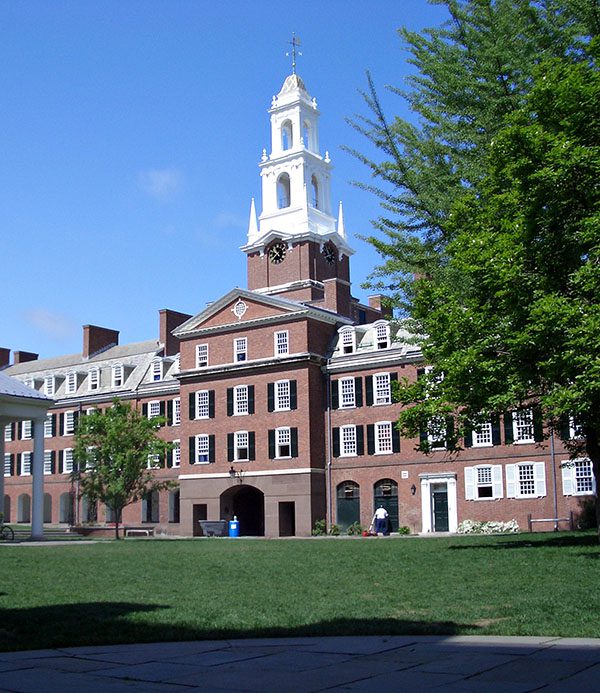 Perhaps the best example comes from the world of academia. In many institutions, someone with a GPA lower than 2.0 cannot graduate. If they persist on that course, they aren’t going to get graduation. The first step is probation. Nothing substantial changes about their life, but they are informed they are headed down the wrong path. They are also usually pointed to the best counseling and tutoring services the school has to offer.

But some students don’t think there’s anything wrong with their study habits. And they continue down the same path. Usually, a suspension comes next. The student is still a member of the college but has their rights taken away, such as attending classes, for a period of time.

Only after these steps, if the student continues to refuse to change are they no longer members of the college.

Would the college be doing the student any favor by allowing them to continue down a path that doesn’t lead towards graduation? Church discipline is similar in both purpose and process—with the significant distinction that there is no expulsion, only a final indefinite suspension that can be ended by the student as soon as they are ready to make the necessary changes.

Excommunication Shouldn’t Be For People’s Opinions

But, Christopher, you may object, we’re okay with the idea of excommunication. We believe it is often the right course of action, but it seems like all excommunications recently have been about people’s opinions. We don’t think you should be excommunicated for your opinion.

I agree. I don’t think people should be excommunicated for their opinions either. Neither does the Church, by the way.

I suspect that one of the reasons this troubles so many people, especially young people, is that there is virtually no barrier to publishing an opinion.

Thirty years ago, for someone to regularly publish and speak against the Church and its leaders, it would require a substantial investment in time and relationships. Perhaps, in fact, it would be an entire career. In this case, it feels a little less like an opinion shared on a couch among friends, and more like a deliberate effort to harm the Church. And because of the barriers to entry, no one would be worried that they could be next.

Today social media has replaced both publishing and those conversations in living rooms and hallways.

Since Latter-day Saints are encouraged to be seekers of truth, I imagine virtually all of us have had conversations where we question or criticize the Church as we are looking for answers. Now those perfectly normal conversations are public. And we’re all convinced that are 500 Facebook friends are going to turn into an “engaged audience” any second.

But you aren’t. The people who have been excommunicated “for their opinions” are building media platforms. And take it from someone who’s building his own, the barrier to entry isn’t small. To do it successfully, it must become either a primary or secondary career. Building podcasts, blog posts, forums, social media followings, and advocacy groups are time-consuming tasks undertaken by people who want their opinions criticizing the Church to be amplified as loudly as possible.

They teach false-doctrine and won’t stop.

This is a problem because in our Church, membership bestows legitimacy. Any member can be called into leadership at any time.

Kate Kelly who tried to embarrass the Church into changing priesthood ordinations called excommunication “a medievel solution to a twenty-first century problem.” But her excommunication had the distinctly modern effect of ending the media cycle that had previously discussed her cause breathlessly.

Several years ago, a different member of the Ordain Women group posted that her Bishop had expressed concerns about what she was writing on a sizable blog and asked her to stop. She posted her decision to stop writing for the blog and keep her membership in the Church. She made clear that her opinions hadn’t changed. She made clear that her Bishop didn’t ask her to change her opinions, only her efforts to recruit others into opposing the Church.

Excommunication is sad and regrettable. But it’s ultimately the most Christ-like action the Church can take to protect its members, both those who are leaving and those who remain. I hope as more members consider the possible alternatives, they’ll accept that they are ultimately the best way through a bad situation. 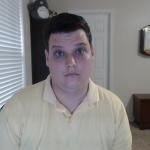 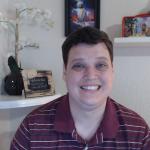 December 5, 2018 Why I Started a Family Unemployed
Recent Comments
29 Comments | Leave a Comment
"If I was a member of the Elks Lodge and I started badmouthing their policies, ..."
Jeff Schrade Does Excommunication Make Any Sense?
"President Nelson covered this extremely well in his recent address to youth or young adults."
Observer The God Who Changes His Mind
"Maybe Christopher D Cunningham left out an important reason for the change in policy and ..."
almon clegg The God Who Changes His Mind
"This is so long ago, I just saw it now again. It is not true ..."
researchwithpatience Anti-Mormon Mockery of Family Proclamation Begins ..."
Browse Our Archives
Related posts from Christopher D. Cunningham 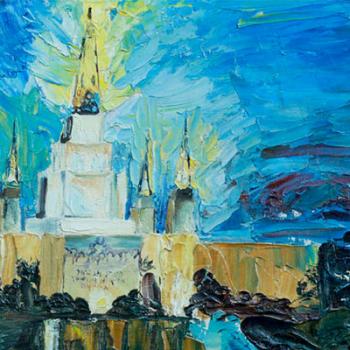 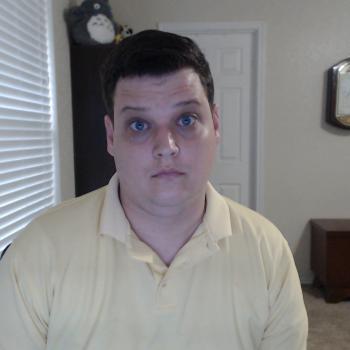 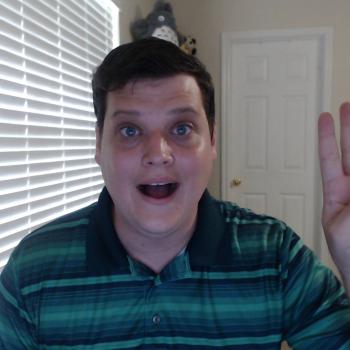