After several days of highlighting Christian Olympic athletes, today I have to praise Jewish-American gymnast, Aly Raisman, who entered the Olympic games as a bit of an underdog – or at least not as high profile an athlete as some of her teammates. Yet last night, the 18-year-old “elder statesmen” of the U.S. gymnastics team gave the powerhouse performance of her life to win the gold medal in the floor exercise competition, becoming the first U.S. woman ever to win the gold in that category.

Raisman did it to the beloved Jewish song “Hava Nagila” which not only got the crowd clapping along, raising the energy level in the room and feeding the gymnast’s talent and adrenaline; the song unexpectedly had a special resonance because yesterday was the 40th anniversary of the Israeli athletes being murdered by terrorists during the 1972 Munich games.

Raisman acknowledged to reporters after her win that she didn’t choose “Hava Nagila” deliberately for the anniversary. She likes the song because of her Jewish heritage and because it gets the crowd going with its energy and beat. “But the fact it was on the 40th anniversary is special, and winning the gold today means a lot to me,” she concluded.

In addition, the New York Post talked to Aly’s rabbi:

“She is a focused person,” said Rabbi Keith Stern, spiritual leader of Temple Beth Avodah in Newton Centre, Mass., where the Raisman family are members. “She’s very proud and upfront about being Jewish. Neither she nor her family explicitly sought to send a message. But it shows how very integrated her Jewish heritage is in everything that she does.”

Stern said he remembers picking up young Aly from preschool, and never imagined she’d be some sort of megastar. He described the US team captain as a big sister-type who is a mother hen to all her younger siblings. “I can’t wait to have her at the temple to talk about her experience,” he said.

Having watched all the women’s gymnastics competitions, Aly Raisman always struck me as a quiet, humble force who was there to compete for her country and herself. Her performance helped the U.S. win the team gold medal and provided the high point of her Olympic experience until last night. Unfortunately, she came up just short of a bronze in the individual all-around when her tie score for third put her numerically in fourth place. Though Raisman was obviously disappointed, she didn’t sulk or fall into a funk. She supported her teammates in their competitions and prepared for her final two yesterday.

Raisman’s balance beam performance last night provided unexpected drama when, after she came in fourth place, Olympic coaching legends Bela and Marta Karolyi stood up in the audience, got the attention of Raisman’s coach, Mihai Brestyan, and told him to appeal her score. The Karolyis believed the judges had missed scoring some elements in Raisman’s routine. It turned out they were right. Raisman’s score was adjusted and she was now tied for third place. This time though, the mysterious intricacies of Olympic gymnastics scoring worked out in her favor, and she earned a bronze medal.

Then came the floor performance and the gold. As a result, Raisman emerges from these Olympics as an unexpected star who’s done her country, her faith, and herself proud. Congratulations and Mazel Tov, Aly Raisman! 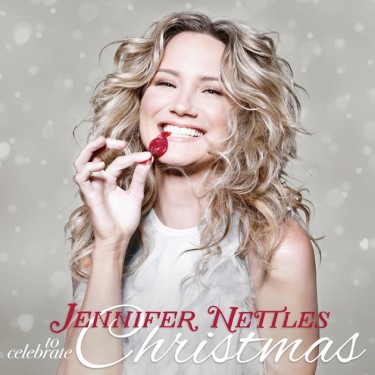 Catholic
Jennifer Nettles on Being "a Child of God"...
Christopher Closeup
TRENDING AT PATHEOS Catholic