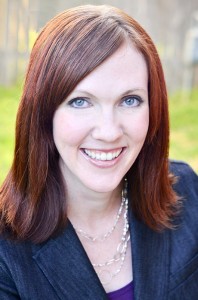 Most people don’t confront their own mortality until they’re in their 30s or 40s. For Jennifer Fulwiler, it happened at age 11 – and it seriously unnerved her for many years, especially because she wasn’t raised to believe in God or an afterlife.

The incident that set off Jennifer’s crisis occurred during a fossil-finding trip with her father near her grandparent’s farm in central Texas. She came across the remains of an ammonite, a sea creature that has been extinct for millions of years.

In her book “Something Other Than God: How I Passionately Sought Happiness and Accidentally Found It,” Jennifer writes, “I had always thought of these creatures as being fundamentally different from me. They were the dead things, I was the alive thing, and that’s how it would be forever. Now I wondered what had kept me from understanding that to look at these long-dead life-forms was to look at a crystal ball of what lay in store for me…Ten million years from now, there would be nothing left of me.”

Though Jennifer’s mother was spiritual-not-religious, the science-loving tween had grown up following her father’s atheist belief system. This life is all there is, and that’s it. So how does an 11-year-old process the idea that she and her loved ones are all going to die some day?

On the drive back to her grandparent’s farm, which you could only enter through a small opening in the fence, a snake slithered across Jennifer and her dad’s path, prompting them to slam on the brakes. When the two of them started laughing about what happened, Jennifer came to the conclusion that the only way to deal with the prospect of death is to distract yourself with as many laughs and good times as possible.

In other words (and with unintentionally Biblical undertones), before she could enter the “narrow gate,” a serpent stopped her in her tracks and directed her towards a worldly-focused life for years to come. And that’s exactly what she achieved in material terms: a good job, marriage to a successful man, driving a Jaguar, a great condo in Austin. Yet Jennifer still felt haunted by spiritual emptiness, a feeling that life was ultimately meaningless.

Seeking Truth Above All Else

In light of her husband Joe’s nominal Christian faith, she started investigating Christianity, a religion she had rejected a long time ago. This time, she did it with an open mind. Ironically, she credits her atheist father with giving her the foundation for her eventual conversion to Catholicism.

During an interview on “Christopher Closeup,” Jennifer said, “He’s a really wonderful, humble man, and I often say that he was one of my biggest influences in converting to Catholicism, because of his humility and selfless love. And then also, what he always taught me was to seek truth above all. Even if it’s inconvenient, even if you don’t like the conclusions you come to, you have to always be focused on what is true.”

Finding the truth in Christianity in general – and Catholicism in particular – took a lot of mental and spiritual effort for Jennifer, who always thought you needed to check your brain at the door in order to believe in God. And though her husband Joe didn’t believe that, his own biases showed when he said things like, “Catholicism is a corrupt belief system that is not true Christianity.”

But once again, the couple’s rigorous investigation into the teachings of the faith, as opposed to what nonbelievers said about it, brought them to a different conclusion.

Jennifer said, “I’m sure that God sent Joe my way, just for this, to help me! Joe went to Yale undergrad, Columbia Law School, Stanford Business School, studied in the Master’s Computer Science program at Stanford. So for somebody like me, who was really afraid of this idea of checking my brain at the door, [it was vital] having my husband agreeing with me, saying, ‘This is the most intellectually honest belief system in the world. This moral code is perfectly consistent. This Church is full of wisdom.'”

Moving Beyond the Caricature of God and Faith 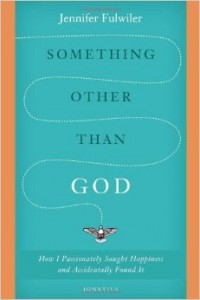 That wisdom made a huge impression on Jennifer, who said that encountering Catholicism “was like being at an intellectual, all-you-can-eat buffet.”

For instance, she loves the Church’s treatment of faith and science as complementary rather than contradictory: “The Catholic worldview puts everything in its proper place, including science. For example, if we’re talking about a question of why does something exist instead of nothing. What happened before the Big Bang? Science is not a discipline that was meant to answer those questions. That’s when you start getting into philosophy and the other disciplines. And we live in this culture that thinks science has the answer for everything. If you ask a question like, ‘Why did that piece of music move me?’ – science can speak to the chemical reactions in your brain, but it can’t really go to the root of that question. So to me, this Catholic worldview feels so much more sane: it respects science, but it respects science in concert with the other disciplines, so that you have that balance, and each area is answering the questions that it is meant to answer.”

Another major shift in Jennifer’s thinking came in her concept of God. She said, “I used to think of God as the white-bearded man throwing down lightning bolts while he was sitting on a cloud. One of the things I had to let go of was this idea that I could completely understand God. The idea of committing my life to this being that I could never wrap my mind around what or who He is [made me think], ‘What am I getting myself into here?’ And what I came to see when I read the great Catholic thinkers throughout the ages was this much more mystical, much more impenetrable concept. It was daunting but it was also thrilling.”

Entering Through the Narrow Gate

Converting didn’t just affect the Fulwilers beliefs, but their actions and their lifestyle as well. Before becoming Catholic, noted Jennifer, she followed the values of the society in which she lived: make as much money as you can, live comfortably, don’t make too many sacrifices, and don’t have too many children.

Since Jennifer and Joe are now the parents of six children, they obviously moved beyond their old ways and chose to enter the “narrow gate.” She concludes, “When we first made all these changes and we left the fancy lifestyle, we suddenly had all of these problems and these crosses that we didn’t have before…And to this day, we struggle so much more than we did when we were living our worldly, secular lives. And yet, our lives are bursting with life and with love and with joy…So I think it’s definitely a scary proposition to nonbelievers, when I say, ‘My life is 10 times harder now than it was when I was an atheist.’ And I think it is sometimes hard for them to believe the truth: that it might be 10 times harder, but it is infinitely more joyful.”

(To listen to my full interview with Jennifer Fulwiler, click the podcast link:)

September 3, 2014
How to Build an Active Prayer Life
Next Post

September 5, 2014 Blessed Mother Teresa's Advice on 'Securing Heaven'
Recent Comments
0 | Leave a Comment
Browse Our Archives
get the latest from
Catholic
Sign up for our newsletter
POPULAR AT PATHEOS Catholic
1