A Catholic In Recovery from Addiction and Hopelessness Begins New Ministry 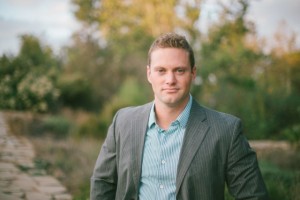 Scott Weeman started drinking as part of a social routine. Ironically, that routine drove him to a life of isolation because it developed into drug and alcohol addiction. Now, he has started a website and ministry called CatholicInRecovery.com to help others going through similar struggles.

During an interview on “Christopher Closeup,” Weeman explained that, in the beginning, drinking offered him a release from the stresses of everyday life and the pressure he put on himself to succeed. After moving from rural Wisconsin to New York City to attend college, he came to rely on alcohol even more as a way to fit into this radically different environment.

His grades started slipping, but he justified his behavior by telling himself, “This is just a stage of life. I’m in college, where it’s almost expected for people my age to let loose, have a good time, and explore different things.”

Deep down, Weeman knew there was something wrong. That self-awareness brought shame and guilt, which caused him to add drugs to the mix to suppress his emotional pain. There were many mornings when he woke up with a hangover and promised himself, “Today’s going to be the day that I don’t take a drink, that I get things in my life together.” Inevitably, that self-promise wasn’t enough to keep him on the right road.

Weeman lost his scholarship, moved back to Wisconsin for a while, then eventually to San Diego. Though he got a job there, he gave it up because he didn’t want to wake up so early after a night of drug and alcohol use. At age 21, he was arrested for drunk driving, went to a 15 day in-patient treatment program, and managed to stay sober for eight months. During this time, he also started dating a woman from a “wonderful Catholic family.” She got him involved with her parish where there was an “incredible, thriving Young Adult community” where he made new friends.

The lure of drugs and alcohol resurfaced, though, and Weeman would lie to his girlfriend to cover up his behavior. She soon discovered the truth, and the relationship couldn’t handle the strain.

Weeman recalled, “I found myself in this place where everything that was important to me – my relationships, my educational and professional interests, who I was – was all gone as a result of drugs and alcohol. I knew enough was enough. I wasn’t certain that there was a solution to this problem, but I reached out to those closest to me, let them know exactly how bad things were, and found a group of people who were recovering from the same type of hopelessness. And it was through their presence, their encouragement, and the sharing of what they had been through and [their] putting faith in a higher power that helped me get back on my feet.”

Though Weeman had been raised Catholic and received the sacraments, his family wasn’t particularly religious. His view of God was also skewed. He saw God as someone who “stood tall with His arms crossed, looking down on me and making a list of all the things that I had done wrong.” He’s not sure why exactly he developed this perception, but it was what it was so having a relationship with that kind of God seemed impossible for someone filled with shame and guilt.

It was a friend he made through a Young Adult Bible study that corrected his vision of the divine, telling him that he wouldn’t be able to recover from his addiction without the grace of God. Other members of the group also welcomed him with compassion and understanding, not judgment – and that made all the difference.

The more Weeman studied the Bible, the more he discovered that even the holiest people lived sinful lives at some point. He said, “I got to know more of Christ’s teaching and familiarized myself with those who God called in the Old Testament. And I learned about Paul’s conversion from one who persecuted Christians to one who brought the Christian life to new worlds. I found that one need not be a holy, devout person for God to call them to good. And then, getting to know the stories of the saints brought us to another level. They were real-life examples over the past thousands of years of people who have turned their lives around and found that their struggle brought about humility and a sense of devout care for others and for the Lord.”

Weeman found great healing through the sense of community given to him by fellow recovering alcoholics. It taught him that he’s not alone in this battle: “I’m offered a daily reprieve based on the maintenance of my spiritual condition. And I can only maintain my spiritual condition through prayer and community.”

That’s why he decided to go public with his story and developed CatholicInRecovery.com: “I wanted to shut the door on my past, but I found that dark path has become one of my greatest assets – being able to share with others going through something similar that there’s hope through it all.”

CatholicInRecovery.com is in the midst of getting nonprofit status. While Weeman is already doing much writing and speaking on behalf of his ministry, he also plans to use video content to reach people who are struggling with addiction, as well as others who simply want to “use the principles given by the 12 step program to better their lives. I also see an online community growing, where others can bring their struggles to reach out for help – and their success stories to give others hope. I [also] want to provide an action plan for people to further strengthen their faith lives.”

Speaking of faith lives, Weeman knows he’s gained a lot of spiritual wisdom in recent years so he wants to share it with others. He concludes, “The God that I love is one who loves without condition, who loves regardless of [my] faults. God never gave up on me, even though I had given up on myself. Jesus Christ is the One who seeks us and will go to great distances to find us, even if we’re not looking to be found.”

(To listen to my full interview with Scott Weeman, click on the podcast link:) 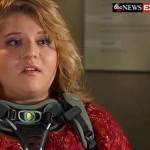 October 5, 2015
Oregon Shooting Survivor Prayed That Her Family Would Find Peace If She Died
Next Post 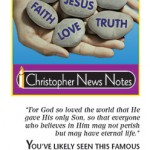