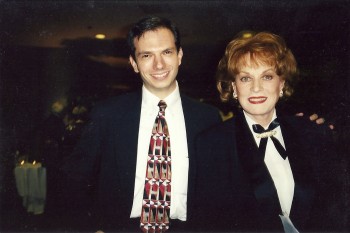 After seeing “Miracle on 34th Street” and “The Quiet Man” umpteen times in my life, it was an honor meeting Maureen O’Hara twice in the last 20 years.

This picture is from a charity event for a Catholic hospital in the late 1990s – and she also appeared as a guest on “Christopher Closeup” during our TV days when Msgr. Jim Lisante was hosting the show and I was producing.

I was a little nervous having a screen legend come to the studio, but she was as friendly and classy as could be. She was also a strong woman who knew what she wanted after working with the best that Hollywood had to offer. I remember her sitting down on the set and telling the lighting director, “I want you to light me the way John Ford used to, so put that light over here and that light over there.”

When Maureen O’Hara asks you to do something, you do it. The lighting director complied and sure enough, she looked good: just the way John Ford intended.

O’Hara, who died yesterday at the age of 95, was also never shy about citing the importance of her Catholic faith. Her belief in God never wavered, even through personal tragedies like the death of her third husband and her own bout with cancer. O’Hara is also rumored to be partially responsible for John Wayne’s conversion to Catholicism on his deathbed, though there were other influences in that decision as well.

In his book “Maureen O’Hara: The Biography,” author Aubrey Malone shares more of O’Hara’s statements about her faith:

When O’Hara was in her late eighties, a journalist asked her the secret of her longevity. She replied, ‘Say your ‘Hail Mary’ every night when you go to bed.” Such a devotion seems to sum her up. No matter who she kissed or killed onscreen, no matter how many convolutions attended her lengthy life, she hung on to the simple “Ave Maria” for direction. She often made statements that affirmed her faith. “How could you have had such a wonderful life as me,” she asked, “if there wasn’t a God directing?”

Now O’Hara has the chance to meet her greatest director. May her soul and all the souls of the faithful departed rest in peace. Amen. 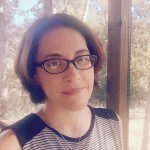 October 23, 2015
'A House Divided Against Itself Makes the Devil Smile His Great Grinchy Grin'
Next Post 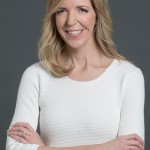 October 28, 2015 On Hoarding, Cruelty, Faith & Finding Love in the Messiness of Life
Recent Comments
0 | Leave a Comment
Browse Our Archives
get the latest from
Catholic
Sign up for our newsletter
POPULAR AT PATHEOS Catholic
1