My Struggle With Creationism

Patheos Explore the world's faith through different perspectives on religion and spirituality! Patheos has the views of the prevalent religions and spiritualities of the world.
In elementary school, I used to spend countless hours in the library reading books about space, the planets in our solar system and other celestial bodies. My favorites were selected books from Isaac Asimov’s Library of the Universe. I absorbed as much information on quasars, pulsars, black holes, white dwarfs and red giants as my adolescent mind could contain. Even as part of a mini science experiment assignment, I mapped out the changing positions of the stars in the sky every night for a week by placing a hand-marked graph on my living room window. It was during my experiment that I learned how the constellations in space continue to rotate around the sky even during the daytime. As a young Catholic, I remember the first time my faith collided with what I learned after taking it upon myself to read the first chapter of Genesis. The glossary in the back of my family’s Bible also discussed the Firmament, and how it was like an upside-down bowl over the Earth with the sun, moon and stars hung in its fabric. At 10 years old, I remember having a conversation with my father about this subject in the midst of my confusion. He summarized it well in one quote,

“The Bible teaches us how to go to Heaven, not how the Heavens go.” — Galileo Galilei 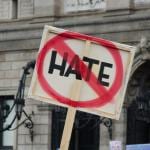 October 28, 2020 Why I Don’t Celebrate The Reformation (And Neither Should You)
Browse Our Archives
get the latest updates from
Coffee and Crucifix
and the Patheos
Catholic
Channel
POPULAR AT PATHEOS Catholic
1