Celtic Spirituality 201 – The Arrival of Christianity

Cultures either meet or they clash.  And the clash can be a war among equals or a ravaging of the weaker by the stronger.  This latter typically results in colonization and occupation.  There is no tribe living anywhere on planet Earth, on land that they did not wrest from previous occupants.

Occasionally, however, cultures meet gently in an exchange of cosmologies.  Each culture then either regards the cosmology of the other to be weird, or realizes its inherent value and begins cross-fertilizing with it.  The hybrid culture that eventually emerges will lie on a spectrum; it will look like more like “mother” (its original cosmology) or “father” (the incorporated one.)

In its most extreme form it can lead to idolatry – when a technologically primitive group meets a really technologically sophisticated group and treats the newcomers as “gods.”  This has happened many times on our planet -the most recent examples being the Cargo Cults of World War II, when remote Melanesian tribes encountered American and Japanese air forces that landed and took up temporary occupancy of their islands.

Gratefully the encounter between the Celts and Christians proved to be a fairly seamless and peaceful cross-fertilization.  The two story lines had enough in common to be amenable (no pun intended) to each other; and enough differences to prove attractive to each other.

Storytelling proved to be the great medium of their intersecting.  Stories are the archived wisdom of a culture; and proverbs are its purest and pithiest distillation. An old man told me  – as I spent the summer of 1963 living in a Gaeltacht (areas in Ireland in which Gaelic is still the mother tongue) – “If Christianity had never come to Ireland, we could live according to the proverbs.”  Incidentally, the Gaelic phrase for proverbs is “Sean fhocail” – literally, “Ancient words.”

Even though the bards had an ancient form of writing called, “Ogham” – pronounced, “Om” – they intentionally never wrote down their stories, because stories are a living, organic, evolving wisdom that must never be trapped in a final form.  This, too, was the reason Jesus spoke only in parables, and never wrote them down.

Eventually, however, medieval monks recorded many of these myths – and, of course, probably sanitized and Christianized them in the process.  But that, also, is part of the organic nature of story.

Since the beginning, these two strands – oral and written – have braided the Celtic storytelling tradition: Bards (oral), Medieval monks (written), Rural seanachaí (oral), Folklorists (written) and modern Irish Storyteller (oral.)  As a young seminarian in the 1960’s, I was lucky enough to befriend Séamus ÓDuillearga who, in 1926, had founded the Irish Folklore Society.  By using school children to access their storytelling grandparents, Séamus collected 1.5 million manuscript pages of folklore.

(C) How Christianity Came to The Celts

There are four traditions among which to choose.  I’ll give them to you in chronological order.

Story one says that the boy Jesus made regular trips with his uncle, Joseph of Arimethea, who was an international trader, to the tin mines of Cornwall, a Celtic speaking area of southwest England.  There, at Glastonbury, he encountered the druidic wisdom of the Celts.  There were Celtic speakers in Cornwall up to the 1800’s.

A second story says that Mary of Magdala, who was pregnant with Jesus’ child, escaped to France after his death.  There she gave birth to a girl child who became the progenitor of the Merovingian bloodline that ruled France until the advent of the Carolingian dynasty under Pepin the Short in 754.

A third story speaks of hermits from Egypt seeking more and more remote areas in their Peregrinatio pro Dei Amore (Journeying for the Love of God) towards the end of the third century.  A group of them sailed across the Mediterranean, out through the straits of Gibraltar and up the west coast of Europe.  They landed in Ireland, which was very heavily forested at that time and scattered, each to their own isolated region.

The fourth story – and the one most people are familiar with – tells of St. Patrick, a Roman bishop who landed in Ireland in 432 AD and set about converting the Irish to Roman Catholicism until his death in 461 AD.

The story that makes most sense to me is the third one – the Egyptian one – for it is obvious from the records that Celtic Christianity was not organized around the Roman model of parishes and dioceses (names taken from empirical Rome’s jurisdictional units.)  The Celtic Christian Church, from its inception was organized around the little chapels of individual hermits.  People wanted to bury their dead in close proximity to these holy women and holy men.

So, in Gaelic, the word, “Cill” (written as the prefix “Kil-” in English) can mean either a church or a graveyard.  When you encounter Irish place names e.g., Kilarney, Kilkenny, Kildare… these originally were the graveyards that grew up around the churches of these saints.

(D) Whitby and the Normans and the English

The proof of this “Egyptian connection” is strengthened by the fact that in 664 AD, Roman emissaries called a synod at Whitby in Scotland, whose objective was to lick the Celts into alignment with Rome.  The dispute centered around the dating of Easter, with the Celts favoring the date given by John’s gospel (14th Nissan) and Rome favoring Petrine dating.

In the end the Celtic churches of Britain kowtowed to Rome but the Irish church stubbornly refused.

Then in 1169 AD Ireland was invaded by the Normans and, at the behest of Pope Adrian IV, the first (and only) English pope, in his papal bull, Laudabiliter, they sought once more to lick the Irish church into ecclesiastical shape.  Droves of new monks, primarily Augustinians, were tasked with this “reform.”  They were only marginally successful.

When the Normans of Britain morphed into the English aristocracy, the pressure was on again but in a different form.  A now Protestant England attempted over the next 300 years to replace Celtic Christianity with a state-controlled, imagination-less, dry puritanical religion.  To jumpstart this process they created, in 1609, the “Plantation of Ulster” – which involved the mass deportation of Celtic Catholics from the ancient northeastern province of Ireland in favor of joyless Presbyterians from Scotland and England.

Ireland was now being ruled from Westminster which enacted the “Penal Laws” which, initially, made it a big financial and social disadvantage to cling to Irish Catholicism and, eventually, a crime to do so. Irish Catholics were forbidden from purchasing or leasing land, from voting, from holding political office, from living in or within 5 miles of a corporate town, from obtaining education, from entering a profession…

Now, priests were shot on sight and so future priests had to be trained in the great “Irish Colleges” of Europe – Rome, Douai, Paris, Louvain, Brussels, Lisbon, Seville…  They were then snuck back into Ireland to celebrate Eucharist at “mass rocks” and in wooded areas.

Concurrently, education was denied “the mere Irish” and another band of renegades created the “Hedge Schools” in which, amazingly, kids were taught Hebrew, Greek and Latin as well as the “three R’s.”

Finally, with the Catholic Relief Acts of 1782 and 1793 and, in 1829, with the “Act of Catholic Emancipation” it was no longer a crime to be Catholic and Irish Catholics were permitted to open schools.  The first seminary was built in Maynooth in county Kildare, not far from the birthplace of the great goddess/abbess/saint Brigid, known in Gaelic as “Muire na nGael” (Mary – as in the mother of Jesus – of the Irish).

Unfortunately, during the time spent training in the Irish Colleges in Europe, Jansenism – a Catholic theological movement that emphasized original sin, human depravity, the necessity of divine grace, and predestination – was popular.  The eager young staff of Maynooth College, infected by Jansenism, now trained generations of Irish priests in a form of Christianity that was a total aberration of our Celtic past.

Now, nature, the feminine and sexuality would be demonized; and Pelagius’s Original Blessing would give way to Augustine’s Original Sin.  Waves of Irish priests would then spread this version of the “good news” to the English-speaking Catholic world – Australia, Canada, the USA, England and Ireland itself.

What Rome, the Vikings, the Normans, the Plantation of Ulster and the Penal Laws could not accomplish, namely the dilution of Celtic Spirituality was, ironically, achieved by the Act of Catholic Emancipation!  As we say in Gaelic, “Is ait an mac an saol” (the world is a strange son.)

A great socially engineered “famine” followed, from 1845 to 1847, which killed one million people and sent another one million to emigrate in the “coffin ships.”  It seemed as if the Celtic Spirit was finally dead.

However if history teaches us anything, it is that Spirit can never be snuffed out.  It always finds a way; and that will be the subject of the third essay in this series. 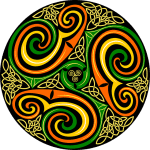 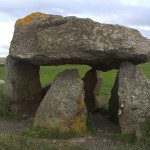 May 31, 2016 Celtic Spirituality 301 - The Leaven and the Diaspora
Recent Comments
0 | Leave a Comment
Browse Our Archives
get the latest from
Companions on the Journey
Sign up for our newsletter
POPULAR AT PATHEOS New Visions
1 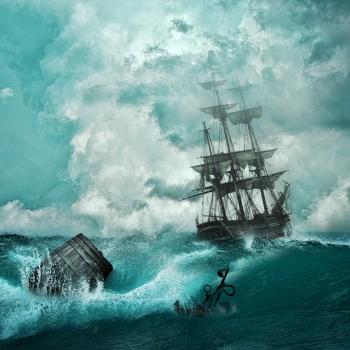